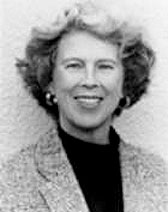 In my otherwise happy life, one accomplishment still eludes me: the practice of naps. I admire friends who enjoy them and authors who describe their habits of taking them, and I yearn for the kind of life which would accommodate them. At least I think I do.

I simply can’t envision myself as a regular napper, even though my friend Barbara, a seventy-five-year old painter, organizes her day around her afternoon snooze. Last December, she and I met in Roma Café for a quick cup of tea at 2:30, the only time I could squeeze in before I left town. She slipped me a gift, a copy of Jane Kenyon’s posthumous poetry, Otherwise, and after twenty minutes she brightly said, “I’ve gotta run, naptime.” Off she went, leaving me alone with my chilling tea, the book, and a quiver of respect.

Another friend, Zee, who was a nurse in Vietnam during the war, enjoys a more fluid habit. She sleeps everywhere: at work, in her car, or sitting at home in her rocker, head covered with a blanket. Twenty minutes, she swears; that’s all it takes.

Those who nap have their secrets, it seems: a well-published acquaintance recommends the “Jim Lehrer News Hour” at 3:00 p.m. “It puts me to sleep every time!”

Sometimes I imagine long cozy dozes, wrapped in the tan coverlet edged in pink that my late mother-in-law knit for me twenty years ago. It has a large weave, with delicate holes interspersed at regular intervals. We keep it folded in a small shelf at one end of the couch; in the four years since she died, we’re even more careful with it, though raggedy edges have begun to appear. I’d lie dreamily snuggled on our leather couch before a blaze in the brick fireplace. A picture of who would light this warming flame, mid-afternoon, has never entered my reverie. Certainly not I, in my indolent state.

Irene still holds a matriarchal presence in our house: two of her small blue oil paintings, which I matted in a gold frame before she died, hang near the front door. Her strong aura and the conflicts she stirred linger, rekindling occasional questions about my place (as opposed to hers) in my partner’s busy schedule. But now Irene is at rest and so might I be, though I don’t ever recall my mother-in-law, a hardworking Minnesota secretary, indulging in a nap on a couch. Neither she nor my own mother would be that slothful. “A good woman works from sunup to sundown” was their view, which, as a dutiful first daughter, I clearly adopted. My mother Barb, nearly ninety now, still rises at six to get in an hour of heavy work—hosing windows, shellacking her porch, moving a few hefty old couches—before she trots off to the gym. And that’s all before lunch. Later, she may climb into a dumpster looking for free books or food, or firm up plans for her weekly peace vigil, and . . . her enthusiastic list goes on, as she reports another wonderful, jam-packed day to me over the telephone. Nap? I don’t think so.

I do allow myself a fantasy as I watch my snoozing friends. On sunny afternoons, if I were a napper, I’d curl up on our green-cushioned bench in the back garden, listening to hummingbirds shrill and dive, beating their steady wings while I dropped into a lazy slumber. The sun would warm me while small butterflies flitted by, pausing over the blue forget-me-nots overrunning the garden. My mind would float free, unhinged from any sort of worry.

Life, I learned early, was never supposed to be easy. My sixties’ politics confirmed it: “Freedom is a constant struggle,” we sang, confirming my belief that a woman’s work is never done. Thus I’ve yet to allow myself this one pleasure, among so many I’ve tasted. I imagine the disapproval on my writing clients’ faces were they to call and be greeted by a sleepy just-woke-up voice. Or imagine a suspect trace of drool on my cheek. “She’s a napper,” they might whisper to each other, with fierce judgment wilting their tones, implying: over the hill.

I’m heartened by the latest research; praise God for Harvard grants. Now scientists have discovered the protective benefits of siestas, with research backed by a large Greek study. Even occasional naps—as few as two a week—are good for the heart, cutting cardiac death by 34 percent for working men; women, who probably found less time to nap, gained 12 percent. (One sleep scientist did opine, after the study, that the effects might have turned up because those who napped lead less stressful lives.) Joining the groundswell for this rediscovered fad, a new book, Take a Nap! Change Your Life, urges regular practice. Its author claims that a mid-day slump confers numerous benefits, from productivity to weight loss.

I’ve known for years that naps were protective, though not in the strictly physical sense. I’ve understood for some time what my heart has longed for. When the term “power naps” was first employed, my rationale used to be, as I imagined napping, that my efficiency would rise. But what I really want, my grubby little secret, is simply to nap for napping’s sake. How wanton to slumber through a sunny California afternoon. People here hike on blue-sky days at Point Reyes, spotting elk in the wild, or bicycle in Tilden Park on wide muddy trails, hoping to spot the elusive mountain lions we hear about. My daughter-in-law, a lawyer who does triathlons and only naps when pregnant, swears she saw one on an early morning run. My only kinship with the cats is their well-known penchant for you-know-what. Even when trapped, they’re apt to relax with a snooze.

So this is what it’s come to: a lust to nap. When I was younger, “wanton” might have involved a darkened bar, mid-afternoon; certainly it would have included a young man, probably one with hardened biceps, tender eyes, and a trace of a sneer, a man with his firm hand squeezing my ass, setting off a pleasurable oozing in my nether regions. I still tingle to sex, my lover’s lips, her hand sliding across me, her breast. But for twenty-six years we’ve made love, sensibly, on Saturday mornings, after a good night’s sleep. Now, nodding off alone, slumbering away the crust of an afternoon, sounds like my idea of seditious heaven.

It was not always thus. Once I braved riot police on horses—and if you’ve never stood behind a military steed blotting out your sky, you’ve no idea how terrifying these stamping giants loom—in service of civil rights. I married cross-race, twice, when that was still illegal; then became a dyke long before it was fashionable. And now it’s come to this. A slow smile spreads across my face. Yes, this, too, is part of the well-lived life. To everything there is a season, a time for every purpose under the sun. This, I dare to hope, is my season of napping. Preferably under the sun.

Brave words, indeed, but can a fast-paced walker let her inner ambler out? Will I have the audacity to risk life passing me by for an hour, while I explore this novel adventure?

I’d begin tomorrow, but my afternoon is fully booked. What about the morning? A brisk hilly walk, followed by oatmeal with heated almond milk and pumpkin seeds, an hour of writing, then back to bed for forty winks? An eccentric naptime, perhaps, but I’ve long carved my own path through life.

Soon I’ll gather courage to taste the joy of this next life stage, indulging myself in the merry land of the daylight snooze.

Joan Steinau Lester is an award-winning author and writing coach/editor. Her most recent book, featured on "Fresh Air," is the biography of Congresswoman Eleanor Holmes Norton, Fire in My Soul. "Naps" is from a memoir-in-progress, All the Beds of My Life. Her editorials and columns have appeared in the Los Angeles Times, Chicago Tribune, USA Today, New York Times Syndicate, San Francisco Chronicle, Marie Claire, Cosmopolitan, Essence, and Black Issues in Higher Education. Visit her website at www.JoanLester.com.
Next: Father »
Home | Archive