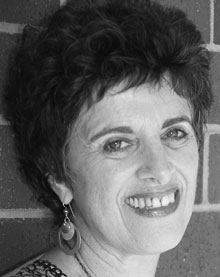 I found myself singing that song this morning, the one I wrote over 35 years ago just before my 30th birthday:

Back then I wrote it just after the break-up with Rob who I thought was the love of my life (but don’t I always think that) until I met Barry. What I remember most about Barry was the morning-after-shower when he looked at me for a while and then just said “turn around,” and that was one of the sexiest things anyone had ever said to me.

Now, a couple of days shy of my 65th birthday, I’m about to go one more round, although it almost didn’t happen. I thought the date was set for Saturday and I showed up at my local coffee house at exactly 1:00 p.m. I’ve had a number of these dates in the last few months. The baristas recognize me and know what I drink though they are discreet and pretend not to. Sometimes they’ll tease, as in, “Was that a single or a double, low fat or regular? How about with caramel?” I usually allow for maybe half an hour, sometimes an hour to be polite, but I almost always know within the first couple of minutes whether someone’s going to flip my switch.

An acquaintance is sitting near the door, working on her laptop. I tell her I am there to meet a man I’d been communicating with on-line. “Oh the internet dating thing,” she says. “That never worked out for me.” Twenty minutes later still no sign of him and she gives me a smug look. Or perhaps it was just pity. I go and scroll through the dating sites to see who else might be interesting and available when I discover I hadn’t booked the date at all. I’d written it in my calendar without ever confirming it. I send him a message and yes, he is free on Sunday.

So the next day I get dressed up again in the low-cut black sweater, skinny jeans, and the red boots that button all the way down the side. I am well known in some corners of the music world and tend to cultivate an artsy if modest appearance, so this look is one I have never allowed myself before. What was I saving?

He gets there pretty much the same time as I do. Middle Eastern looking, just a tad taller than I. Trim. He reminds me of one of my brothers; a nice face, friendly. His hair is thinning and wispy and looks to be colored, a small vanity I find endearing.

At first we cover the preliminaries: where we live, where we grew up. He says New York, but I am from New York and his accent sounds like the accent of someone who taught himself to sound like a New Yorker. His speech is unhurried. His consonants are softer, and his vowels are longer. “You’re right,” he says. “My family arrived in the States when I was 10.”

After that I can’t tell you what we talked about. Perhaps we mentioned our children and work in passing, but somewhere, around 2 or maybe it was 3, his thumb was circling the sweet spot in the center of my right palm. We kept on talking, not about facts and things, but a talk more like the flow of a river we were both swimming in, further and further out into the deep, where our feet no longer touched bottom and I no longer knew where the bottom was.

Was it me saying out loud, “I was thinking about you leaning over the table and giving me a kiss”? When had I ever said such a thing before? Who let go of the controls? Who was driving this train?

“Do you want me to kiss you?” he asks. Oh god. I’ve gone all the way to the edge of this cliff and now he wants me to jump as well? I shrug my shoulders and get ready to crawl back to safety when he says, “Wait, no, that’s not fair. You’ve already asked.”

We go back to swimming in the river. The cafe closes. We decide to get some dinner.

“Let’s find a restaurant I’ve never been to,” I say. We drive in his car and find a restaurant not far from my house. It’s a new one; opened only in the last year, already with its local newspaper reviews taped in the window and Zagat ratings above 26. We don’t have a reservation but some party hasn’t shown up and we are given a table tucked in the back corner behind a partition and out of view. Secluded and cozy, is this Kismet? We order a cocktail, some wine, some fish. We are there for two hours but most of what we have ordered remains untouched. At 8:30 p.m. we need to relinquish the table. Our waiter gives us the check. “Where I come from, men pay,” he says. Courtly manners or no, I insist on splitting the bill. We go stand at the bar with our drinks and I lean up against him.

His breath is sweet against my cheek as we kiss. “Let’s go,” he says.

He drives us back to the cafe and parks the car. He turns off the motor. He unbuckles his seat belt and then he unbuckles mine. He leans across the gearshift panel and we begin to kiss again. Actually, it’s more like necking. It makes me think about Chuck, the first boy I ever fooled around with in the front seat of his father’s Plymouth Valiant. He was “older,” more experienced. I was shy, and just a little while into it I had moved his hands away and said no. Now here I am almost fifty years later and the same warning voices sound in my head: Too much, too soon, not ready. Besides, we are close to my house and a few blocks from where my daughter lives. She or any one of her friends could walk by. Perhaps they would have said you go girl; but more likely it would just be too weird, maybe even a little creepy.

He says something about plucking a rose when it’s in full bloom, before it wilts and falls to the ground. Cheesy, right? But right now, in this universe, cheesy doesn’t matter. But I am exhausted. The whole day and evening feel complete to me.

Linda Hirschhorn (www. lindahirschhorn.com) is a performing singer/ songwriter/ cantor/ composer and storyteller. She travels around the country working with or creating community choruses who sing her music. She has released 10 recordings of original songs and published hundreds of songs that have been covered by other artists, used in movies, video documentaries and choreographed by dance companies. Her Jewish women's a cappella ensemble, Vocolot, celebrated its 25th anniversary in November of 2012. Her latest solo recording, Amazed, a collection of original folk, blues and gospel songs, is due out October 2013.
Next: Short Takes: Sex »
Home | Archive

4 thoughts on “Yes I Will Dance”