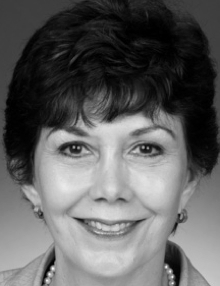 Ten days had passed since Hee-Young had last seen the rat in the barracks, and, lying sleepless on her mat each night, waiting, she had thought of nothing else. When she lived in Hoeryong, she had seen many rats near the river. They were large, black, fearsome, and would bite anything that came near. “Disgusting creature,” she would yell whenever one crossed her path. But now she slaked the gnawing hunger in her belly by imagining the feast a rat would provide, recalling the last bit of meat she’d eaten before her arrest, a chicken neck: the tiny fragments between the vertebrae, the long, sinewy vein, juicy cartilage the memory of which made her mouth water.

With the tip of her tongue, she probed the space where another tooth had fallen out that morning, pushing hard against the pulpy gum until it released a tiny trickle of metallic-tasting blood. She reached into her pocket and pulled out the boiled kernel of corn she’d saved in case the rat returned, and was about to shove it into the hole where her tooth had been, as a poultice, when the rat scurried over to her sleeping mat.

“So, you’ve come back,” she whispered.

The rat’s ears tilted forward, listening. Its dark eyes reflected the full moon from a nearby window so that they seemed to glow from within. The tiny nose quivered, the hair around its pointed snout lighter than the dun-colored coat of its body, as if it had dipped its face in powder.

She held out her fist, unfurled her fingers one by one until the corn lay exposed in her palm. The rat stuck its head forward, stretching its body out so that Hee-Young observed how long the creature was – at least 15 centimeters, with a tail that doubled its span. She felt the moist nose against her skin and winced at the rat’s pink gums and the two, long, sharp lower teeth sniffing her palm. She wanted to snatch her hand back in disgust, but the pangs of hunger in her belly reminded her of her quest. And then the corn was gone and the rat with it.

Hee-Young collapsed onto the mat and turned on her back, gazing down her body. The thin blanket, which provided little protection from the chill night air, formed peaks at her sharp pelvic bones so her midsection hung like a shallow, gray valley, not unlike the one that hid the camp. Her bare forearms rested on top of the blanket, the sickly yellow flesh hanging loose and wrinkled over the bones. She listened to the slow, rhythmic breathing from the dozens of other women asleep in the barracks. The sound reminded Hee-Young of her young daughter, long ago, snoring softly against her breast. She pushed the memory of Eun Mi away. The joys – or the sorrows – were so profound they crushed her will to live.

Tomorrow she would steal a box from the factory, one just large enough to hold the rat. An empty button box would do until she could sneak away somewhere in the camp to cook the rodent over an open fire. If her catch were larger – a wild hare or injured crow – she might bribe one of the hungry guards to look the other way for the time it took to prepare her meal. But one lowly rat was barely enough to fill a starving prisoner’s stomach, so she would have to execute her plan alone.

The wind, whistling through the cracks in the bare plank walls, reminded her that winter was coming soon. How much longer could she wait before taking the creature? She had barely made it through last winter in the camp, her body wracked by pleurisy. She breathed deeply, exhaling through pursed lips. She had remained patient for the weeks it took to earn the rat’s trust, enticing it to come closer with bits of cabbage, radish, corn, whatever she could spare. Tonight, she had almost succeeded in grabbing it, luring the rat onto the palm of her hand, if only for an instant. But what if the rat did not return? What good would her meticulous planning be then?

She should have grabbed the rat when she had the chance. It had disappeared before and might again, for good. Acid worked its way up her burning esophagus. She clenched the blanket in her fists, raising her body up to ease the pain. And then she heard a tiny squeak behind her.

Twisting her torso, she was face to face with the rat again.

“What have we here,” she asked, in wonder.

From the rat’s mouth dangled a hairless creature no bigger than Hee-Young’s little finger, its pink skin nearly translucent, its hooded eyes sealed with a thin membrane, and little buds where ears would soon sprout.

“So this is what has kept you away.” She poked her finger into her pocket, scraping along the seams for any shreds of wilted radish or cabbage that might have stuck there. She discovered only a few grass seeds, which she flicked from under her fingernail onto the floor.

The rat’s whiskers twitched from side to side, but still it held onto its baby, which let out another high-pitched squeak.

“Come, you must eat,” she whispered. “You are a mother now.”

The rat’s eyes darted about as it held its baby by the scruff of the neck. Hee-Young could not help but smile, though the pains in her chest had grown more intense. “I should grab them both and be done with it,” she thought. But she made no move. After a few seconds passed, the rat let go of its baby, which wiggled its way blindly towards its mother’s belly – driven by smell or instinct or hunger – attaching itself to the teat, one with its mother again.

Hee-Young pushed the seeds closer to the rat and eased her body back down onto the mat, her chin resting on her folded arms, her eyes level with the rat. She watched as the tiny baby worked its forelegs into the rat’s fur, pushing against its mother to expel more milk. She felt her own nipples harden against the rough mat, remembering the tug of Eun Mi’s mouth.

Even as she said the words, she knew she would never kill the rat. But she felt the emptiness filled in the hollows of her chest and closed her eyes to sleep.

Linda Chavez earned her MFA in Creative Writing from George Mason University in 2012 at the age of 65. She is a syndicated newspaper columnist whose column appears in the New York Post, Dallas Morning News, and the Columbus Dispatch among others. She served as the U.S. Expert to the United Nations Human Rights Sub-Commission (1992-1996), White House Director of Public Liaison (1985-1986), and the director of the U.S. Commission on Civil Rights (1983-1985). She lives in Boulder, CO, where she is currently working on a novel set in 16th-century Spain.
Next: To Love Andy »
Home | Archive

8 thoughts on “The Vigil”