A Sketch
by Edith Lank
Several days ago the remote for the kitchen TV disappeared. I did search through the kitchen trash can, but I’ve been pretty much getting along without it – about all I watch in the kitchen is CNN, and these days it’s just Donald Trump on the screen anyhow. 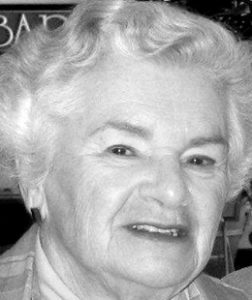 I wrote that Half Day several months ago when I could still use a cane. Now I keep a rollator in each car. Too bad about the canes. I have – had – a great collection: solid colors to match each blouse; a lightweight bamboo that was my favorite, black with a fancy brass knob for funerals. But now I’m the world’s leading authority on rollators. I spent several hours on the Internet finding the lightest three-wheelers that I can load and unload myself. No longer five feet tall, in the house I use a Pediatric Rollator. Mine is fully equipped with a flashlight for when I forgot to leave the light on in the next room, a grabber because I cannot bend to pick stuff up and a timer because otherwise I’m going to forget those eggs I’m hard-boiling.

On D-Day, June 6, 1945, teenage reporter Edith Lank was covering her town's reaction for the local weekly. (All the men were away, girls could get all kinds of jobs then.) Post-war, she was a contented housewife with three kids. At the age of 50 she started writing a real estate column, which Creators Syndicate still distributes, 40 years later, to dozens of newspapers and web sites every week. Since then she has published two textbooks, eight books on real estate and one on Jane Austen. She says "textbooks are where it's at; for the rest – don't quit your day job."
Next: The Great Blue »
Home | Archive