Nonfiction
by Debbie L. Miller
The Christmas of 1963, when I was 12, I got underwear (which everyone knows is not a real present), a brush and comb set, and a Kenner “Give a Show Projector,” featuring full-color strips of cartoon characters. 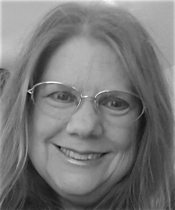 Debbie L. Miller’s fiction has appeared in Climate Controlled (DIAGRAM), Mothers/Daughters Monologues (International Centre for Women Playwrights), Persimmon Tree, and Alaska Women Speak. Her plays and monologues have been produced in and outside New York. She lives in Brooklyn.
Next: What to Do About Danielle »
Home | Archive