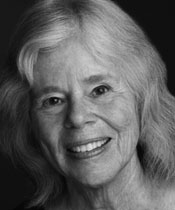 The ocean pounds on the Northern California shore outside the retreat house, and we’re sitting around a roaring fire. It’s a stormy, dark day, a day for confidences—except that each of us is engrossed in an iPhone, iPad, or Smart Phone. Every so often someone calls out a bit of information: “Rick Santorum is winning the primary,” or “There’s a new Iranian film coming to town.” The rest of us sigh or smile and then go back to what we were doing.

We’re a companionable group of seven women that has met monthly for over two decades. At our biannual retreats we have long conversations about the most difficult of subjects, and we share quiet moments and laugh a lot. But the electronic dimension is something new. “Look at us,” one woman says. “Where’s the interaction?” A certain defensiveness arises: “It’s no different than when we used to sit around together, reading.”

But it is different, and we all know it.

Now the scope of our group, through electronic extension, includes everyone’s relatives, friends, work associates, and political, religious, and cultural groups. “My son just got fired,” someone cries out, and then she reads the email she’s just received. Suddenly the son is in the room with us, a tangible presence, and we’re all worrying about what lies ahead for him. We might be on retreat, but the world is not as far away as it used to be.

Recently we’ve become heedless about interrupting each other’s silence. The extraneous bits of information get tossed around in a friendly way, without caution. I’d never interrupt anyone reading a book, but if my friends are online, what’s the problem? “Wow,” I say, “I just learned that sand comes from land rocks and river beds, not from the ocean itself.” They look up: “Wow,” they echo.

I’m a great fan of electronic communication. I’ve been using email for years, and I like texting and Facebook. But I can’t help but notice that we’re becoming more scattered in our general conversations as a group and we interrupt each other more often. Our minds seem to be spinning with all the input we receive.

I credit this change to our immersion in electronics—but I could be entirely wrong. Perhaps these changes are taking place because we’ve been together for so many years. Like long-partnered couples, we read each other’s thoughts, finish each other’s sentences, talk on several channels at once in a funny kind of short-hand way.

But then again, there’s another possible explanation: perhaps these changes are taking place because we’re aging. The women in my group know a lot about this subject; we’ve certainly discussed it enough. The photographs we’ve taken through the years witness the progression in our bodies, and we too often lose the right word or we forget the title of a book we finished last week. These changes, and those yet to come, frighten us, but we try to accept them with as much grace as we can muster. Fortunately for us, we have a place to talk about them, and this softens our distress.

As a child I saw change everywhere. I witnessed the blossoms emerge from their buds, tadpoles turn into frogs, the days grow long and then short again, my mother’s eyes fill with sadness. Without being told, I understood that the world recreates itself constantly and nothing remains the same. It was a fact of my life, as it is for all children.

I didn’t know as a child, however, that change would be so difficult to navigate over the course of a lifetime. I didn’t realize how attached I would become to keeping things as they are. And how I would find myself holding on to people or jobs or homes past their time, all for the sake of a non-existent stability.

The painful changes—loss of relationships, children leaving, the death of loved ones, major illnesses—have been a challenge, but I’ve been surprised by how shaken I’ve felt by some of the tiny ones. A favorite restaurant closing, a nearby field plowed under for construction, a writing group disbanded. I’m even mildly bothered by the change in our women’s group, now that we’re bringing our electronic devices to retreats—although this new habit also amuses me, and I welcome the expansion of vision that comes through the internet. If asked, I’d say it’s good that we’re keeping up with the times as we grow old, but I’d also acknowledge that I miss our past way of being together. But not enough to suggest that we return to it.

Attachment and loss. Regret about losing the old and excitement about the new. These feelings have come to the foreground in my own personal life recently as I’ve struggled with what to do about my role at Persimmon Tree.

The back story: The idea for Persimmon Tree came to me in 2006, and we—the contributing editors and I, with the help of our web developer—published our first online issue in March 2007. Since then, we have done our best to make the magazine strong in quality and content. Our mission has been to provide a showcase for the talent and creativity of women over sixty.

In the past year, however, I started to flag. It became apparent to me that I no longer had the energy to continue in this job of chief editor. My enthusiasm about the magazine remained high, but there were other things I wanted to do. The smart thing, I knew, was for me to step away from editing the magazine, but the idea was unthinkable. For several months I was torn between my attachment and my readiness for change, and it was only through the support of friends and family that I reached a place where I could make the decision to let go.

But what should we do with the magazine? It can’t exist without a chief editor who lovingly and carefully creates each issue. The contributing editors and I had long conversations about how to handle this situation. The choices narrowed down to two: We could publish the magazine through 2012—thankfully we’d raised the money to do that from our readers—and then let the magazine pass into the netherworld of cyberspace. Or we could find someone to take my place. The first choice was unacceptable, the second one daunting. Who would be willing to do this huge job and do it well?

Change slid into place easier and faster than we expected. Not long after we made the decision to find a replacement for me, contributing editor Marcia Freedman was at a party in New York and heard someone talking about how much she loved Persimmon Tree. When she turned around, she saw it was Sue Leonard, a history teacher for decades and a one-time editor at The Nation. “If you love the magazine so much,” Marcia said to her, “how would you like to be the chief editor?” The two women stared at each other for a moment, or so I was told, and then Sue said, “I’ll consider it.”

It didn’t take long for Sue to decide that this was the right project for her at the right time; she could bring her editing skills and literary interests together, and she would draw on her contacts to help. We editors were thrilled. Sue is a talented, intelligent woman, based in New York, and the magazine under her editorship would be infused with new life and new ideas. She’d bring a whole different group of editors along with her.

The plan was made for Sue to take over the chief editorship of Persimmon Tree, starting with the summer 2012 issue. She began to work immediately to assemble her team, and now she’s ready to go. This issue, I am both sad and pleased to announce, is our editorial team’s final issue of the magazine. (Read more about this on the Editor’s Page.)

I and the other West Coast editors have all the predictable feelings about this shift of editorship: excitement, relief, regret, and sadness, but mostly we’re pleased that matters fell into place so easily. Each of us will find many other things to do with our time.

As for me, I must admit that I’m not going far away from Persimmon Tree. I will no longer be chief editor, but I will stay on as publisher. I have a dream of starting a publishing company, Persimmon Tree Press, a sister to Persimmon Tree magazine. It likewise will be dedicated to promoting the writing of women over sixty. There is much to learn about publishing books, and it will be a stretch for my seventy-two-year-old mind, but what’s life about if it isn’t about challenge and, yes, change.

Nan Fink Gefen was the founding publisher of Tikkun magazine in 1985 and the founding editor of Persimmon Tree magazine in 2007. She is the author of Stranger in the Midst (Basic Books, 1997) and Discovering Jewish Meditation (Jewish Lights, 2nd edition 2011), and her fiction and nonfiction pieces have appeared in literary journals and magazines. She currently is working on a novel, Woman on a Wire.
Next: Dead Chickens and Miss Anne »
Home | Archive