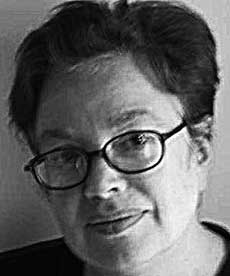 Ellen Levy combines art with science, most recently by joining images with neuroscientific concepts like inattention blindness, the inability to see something directly in front of you if distracted. Click on the video to see how Levy has turned this theory into art. The video was the result of collaboration between the artist and neurophysiologist Michael E. Goldberg, Director of the Mahoney Centre for Brain and Behavior at New York’s Columbia University. Follow the directions carefully, stay to the very end, and do not read her explanation until you are through watching.

You should watch the video full screen. Follow the directions carefully, stay to the very end, and do not read her explanation until you are through watching.

Those of you who have viewed the animation and followed the assigned task at the beginning (to count the number of times the Queen of Hearts appear in a fast card game) will probably not have seen the objects disappear in the background. The background consisted of images of ten antiquities that were looted from Iraq during the 2003 invasion. The video was loosely modeled after psychologists Daniel J. Simons and Christopher F. Chabris’s 1999 study, “Gorillas in our midst: sustained inattentional blindness for dynamic events,” a movie sequence of a complex basketball scene during which observers were directed to count the number of ball exchanges made in a game. During the movie, few subjects noticed that an actor dressed in a gorilla suit walked through the scene. My intention was different; I aimed to see whether an art installation could redirect the viewers’ attention from a 3-Card Monte game to focus instead on the looting that followed the war. Many viewers could do so after they had viewed the entire installation and after seeing the video again, which suggests that the salient, contextual qualities of art can often succeed in shifting the viewing priorities of the spectators.

Ellen K. Levy, artist, is Special Advisor on the Arts and Sciences at the Institute for Doctoral Studies in the Visual Arts. She was Past President of the College Art Association and has had numerous solo exhibitions, both in the US and abroad. Representation has included Associated American Artists and Michael Steinberg Fine Arts (NYC). Honors include an arts commission from NASA (1985); www.complexityart.com
Next: The Third Artist: Painting in Collaboration »
Home | Archive