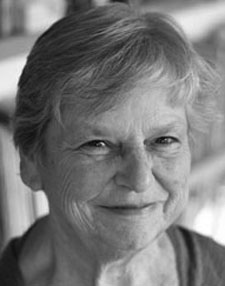 For nearly three decades, I was actually paid well to be a feminist activist. The Toronto Star – Canada’s largest newspaper, with a peak of a million readers on weekends – hired me in 1978 to be “the woman columnist” and I zoomed straight into reporting on, decoding, analysing and celebrating the women’s movement, even then being pronounced “dead on arrival” by a smugly masculinist press. To the Star’s and my own astonishment, the column rapidly became the most read and best-liked feature in the paper (after Ann Landers). Lucky timing had lifted me up on the crest of a feminist wave, and I rode it with exhilaration, bringing new readers to the Star and, without planning to, acting as an activist bridge between the movement front-liners and the wider public.

“Activist” defined me. I couldn’t see a societal injustice, large or small, without the urgent (and, I suppose, arrogant) impulse to try to fix it. Injustice against women had scorched my soul as a teenage rebel, and now that I had the power of the pen and the clout of the Star behind me, I tried to put that strength at the service of the wronged and helpless. Among them: refugee women. In the 1970s and ‘80s, women who fled certifiably femicidal spouses or cultures that were prepared to mutilate and savage them had no hope of fitting into one of Canada’s rigid “refugee” categories. Refugee lawyers soon began to bring me hair-raising cases of women who had suffered torture and rape in Tehran’s prisons, or brutal, murderous violence at the hands of a Trinidadian spouse, while local police looked on and laughed.

Faced with individual lives at imminent risk, I was almost berserk with determination. I researched, dug into obscure transcripts, interviewed experts, lobbied parliamentarians, and dogged the Star’s editorial writers, begging them to take up the cudgels. It worked. I was so successful in making a vivid public case for Canada’s duty to protect these women (and in having deportations reversed) that the  immigration department adopted a new policy of offering refuge to women fleeing domestic violence in their home countries … a rule honoured since then mostly in the breach.

As a committed democratic socialist, I not only worked side by side with my husband in electoral politics, but I also took on battles in progressive school reform, the anti-apartheid movement, anti-war protests, environmental causes and countless other crusades. I felt these wrongs strongly and personally. The only comfort to be had lay in taking action; action was the balm for nerves scraped raw by reckless corporations and heedless (or criminal) governments. The only relief from painful anxiety or depression about the state of the world was, it seemed, to organize, march, protest. I could never grasp how friends who seemed as aware as I of various wrongs could bear to be so apathetic about fixing them.

When I retired at last, after thousands of columns and almost as many causes, I was a sitting duck for all those organizations I had aided over the years. Now, my time was “free,” I was available, and campaigners could count on my ever-aroused conscience. Before I could stop it, my time had silted up with commitments to write opinion pieces in professional journals, speak to annual meetings of nurses, teachers and shelter workers, lobby on behalf of the homeless, write blurbs for other writers’ books… I felt like a living victim of a time-fragmentation bomb.

One great, long-term battle seized the majority of my time and commitments. Ever since the ‘90s, Toronto women had fought off the predatory institutions – the medical school, the big teaching hospitals, the budget-paring provincial government – that wanted to gobble up the nearly century-old Women’s College Hospital, founded in Toronto by Canada’s first woman doctor, the pioneering Emily Stowe. Because the University of Toronto refused to accept women into the medical school, Emily Stowe had to study medicine in New York. Women’s College Hospital began as a College where Emily could teach other women to be doctors, and then expanded to embrace its role as a Hospital. It quickly became a shining light for Ontario women: a small, intimate downtown facility that had helped pioneer the pap smear, the mammogram and the tampon, among dozens of other medical innovations for women. It was famous for its maternity services, its strongly collegial practice among its doctors and, notably, for being the only hospital in Canada where at least half the medical chiefs of departments were female.

As a journalist, I had written repeatedly and furiously about the destructive plans to force Women’s to amalgamate with larger hospitals.  The battle was heartbreakingly lost half a decade before I retired, forced by a far-right premier of Ontario, a notoriously crude enemy of women, to be merged into a sprawling, suburban hospital focused on veterans and trauma. It was a travesty.

Almost my first act in my retirement was to buy an expensive package of tickets for the Toronto International Film Festival, a cultural indulgence that had maddeningly eluded me during my hard-working, time-starved columnist years. Rrrring…rrrrring…a call from a sister activist. I was summoned to a meeting of feminists determined to take back the governance of Women’s College (which survived in a shell form within the larger structure of the veterans’ hospital) from the existing Board, composed largely of women devoted to the idea of the former Women’s College hospital, but disinclined to fight for its liberation.

The meeting of like-minded activists led to what amounted to an election campaign. The hospital’s Board of Directors was then elected by a vote of the membership, available to anyone willing to pay $6 annually to “belong” to Women’s College. We carefully plotted our campaign to win the available seats on the Board, and I sadly tucked my unused film festival pass into the kitchen junk drawer.

Simultaneously, a newly elected Liberal government restored the independence of our hospital, severing the ill-fated forced marriage with the veteran’s hospital.

Two months later, in a night of dazzling victory, we not only captured six of the Board seats, but I was named Chair of the new Board. Little did I know that I was taking on a more-than-full-time (though completely unpaid) job, briefcase and all, with so much detail work ahead of me that I would be arriving daily at the hospital at 8 a.m. and often leaving late in the evening. The task was to recreate our beloved Women’s Hospital from the ashes of the old, though most of our senior staff and most admired women’s health programmes had been frittered away during the period of “the occupation” by the men. Our new feminist Board members included a black activist, lawyers, community workers, a minister (who is also a lesbian) and a progressive Muslim leader. The combined force of our dedication overcame our complete ignorance of hospital politics and administration. By sheer force of love and will and brutally hard work, we amateurs brought our frail institution back to vigorous health.

Nine years later, as I prepare to finish my last term on the Board, our little hospital has morphed into a gleaming new downtown building where we are pioneering the next wave of hospital care, based in the community and what we call “the virtual ward,” cradling outpatients in a web of care that includes the latest technological communications as well as teams of medical professionals who visit patients in their homes.

Just as I head up to three-quarters of a century of age, looking forward to retiring from the hospital board and lavishing even more time on my four grandsons, I am smitten with a new cause. To my astonishment, Toronto’s extraordinarily conservative Jewish community, committed at least on an institutional level to a narrow-minded focus on Israel, had suddenly sprouted a new and progressive little branch (or twig): the Jewish Refugee Action Network, known as J-RAN.

The brand-new J-RAN riveted my attention. Canada’s long atonement for its viciously anti-Semitic immigration policies before and during the Holocaust, its 50-year post-war pattern of generosity in accepting and supporting refugees, had ground to a screeching halt under a federal government of Tea Party-ish inclinations.

The Conservative government of Stephen Harper, in remorseless pursuit of trade deals, sought to woo the government of Hungary by joining its chorus of official lies, chief among them the fiction of a wonderful life for its Roma population. The Roma (derisively known as “Gypsies”) endure harsh and bigoted conditions, similar to those of the Jews in many eastern European countries before World War II. School segregation, slum living, demeaning laws, brutal beatings by neo-Nazi gangs, job discrimination, even outright and unpunished murder. No wonder so many fled to Canada over the years.

Suddenly, the government enacted punitive and discriminatory immigration laws, barring refugees from certain politically selected “designated countries” (thus thwarting the very meaning of the word “refugee”) and subjecting those who did manage to reach our shores to arbitrary detention and deportation. The Conservatives went so far as to erect billboards in certain Hungarian towns, warning the Roma that they were unwelcome in Canada.

Jews, I’ve always thought, should feel a special bond of loyalty with the Roma. They were the other people slated for genocide by the Nazis. A million of them were murdered in those dreadful years, and their peril did not end there. They too have been maligned, branded, hunted and hounded from country to country with accusations of every kind of innate criminality. Bizarrely, the persecution continues to this day, perhaps because they remained nomads, stateless, vulnerable.

Now Canada was joining the ugly chorus of vilification, and a handful of idealistic Jews – a rabbi, refugee lawyers, human rights activists – had sprung to the defence of the refugees. I leaped to join the committee, and found myself attending meetings, volunteering to give talks and write letters, meeting with members of parliament, planning events to awaken the wider public.

If I’m honest, I can’t claim any particular virtue in being an activist. It must be a question of temperament; I just can’t resist a good fight. And the rewards are substantial (though not monetary). It’s so much fun to pitch into battle against injustice, shoulder to shoulder with like-minded people – and if the atmosphere sours, inevitably, with in-fighting and fallings-out or just the grey weariness of political defeat, well, there’s always another battle to join. The well of injustice never runs dry. Fortunately, neither do the springs of righteous indignation.

Michele Landsberg is a Toronto author, activist and feminist. Just weeks ago, the Canadian Journalism Foundation and the Canadian Women’s Foundation, describing Landsberg as “articulate, tenacious, progressive, [and] persuasive” created a prize in her name. The hope is that the award will “inspire relentless and fearless journalists to consider Canadian news from a women’s equality perspective.”
Next: Reluctant Sanctuary »
Home | Archive

6 thoughts on “Activism Is My Modus Operandi”