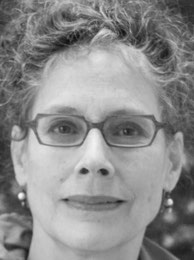 On January 1, 2017, with great fanfare, the Manhattan Transit Authority opened the Second Avenue Subway. We are talking about three stops added to the existing Q line. The project, by the way, was begun in 1922. Let’s celebrate this mighty accomplishment (okay, admittedly you are hearing sarcasm here) by watching the artist Jane Dickson populate the walls of a corridor in the 42nd street station in 2008. (Happily, the MTA plans to keep her mosaics up for 100 years.)

Mosaics are made in Murano.

How to install a mosaic on a wall.

Jane Dickson is an American painter who works with unusual materials like sandpaper, vinyl, carpet, and astroturf as well as, clearly, mosaic tiles. Her subjects so often are spectacles like carnivals or suburban homes or highways and especially Times Square in New York City where she both lived and worked for years. Dickson has been exhibiting her paintings, drawings, and prints in museums and galleries domestically and internationally for two decades. Solo exhibitions have been held at The Whitney Museum of American Art at Philip Morris, Creative Time, and The Metropolitan Museum of Art. Major museums including The Museum of Modern Art, The Metropolitan Museum of Art, The Whitney Museum, The Brooklyn Museum, The Art Institute of Chicago, the Karamay Museum in Xin Jiang, China, and most recently, the National Portrait Gallery at the Smithsonian own her artworks. Dickson received her B.A. at Harvard University and a Studio Diploma from the School of the Museum of Fine Arts, Boston. She is married to American film director Charlie Ahearn, who made these films.
Next: Alison Saar Swings Low in Harlem: The Harriet Tubman Memorial »
Home | Archive