A Sketch
by Audrey Ferber 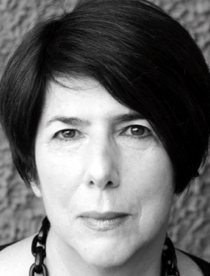 My husband Jerry and I found a “disabled parking” spot right next to the door of the rustic 1940s lodge in the Oakland hills. “Hors d’oeuvres,” the anniversary Evite had promised, “cocktails, a swing dance lesson, live music and more dancing into the night!”

For most of our thirty-year marriage, this would have been the perfect event for us. I’d loved dancing with Jerry – his erect carriage, the way he lifted his arms when the music started, created a frame, and invited me in. But in the last few years, congestive heart failure had left him breathless, peripheral neuropathy made him stumbly, and at dinners with friends, often he fell asleep. When we met, the seventeen-year difference in our ages seemed unremarkable, but now, the gulf between my healthy sixty-five and his frail eighty-two felt vast.

“Wait, let me help you.” I opened the car door, snagged my purse strap on the cup holder, and dropped my reading glasses. “Be careful,” I told him.

I went around to his side and leaned in to release his seatbelt—his shoulders too arthritic, his hands too nerve-damaged, to open the clasp. He groaned as he maneuvered stiff legs out of the car. I smoothed his sport coat, hanging in gathers on his atrophied frame, and gave him my arm.

Inside the crowded lodge, partygoers mingled and ate finger foods of many nations: sushi, empanadas,chicken satay. One of my friends beckoned from a large round table in the back of the room and Jerry, tapping his cane, followed behind me as we joined the four other couples. I was the oldest of this group of women friends, all writers, old enough to be the mother of the young man one of them was dating.

My girls looked beautiful in their party clothes, one in tomato red, golden flamenco earrings tinkling at her jaw; another ready for dancing in a short flapper tunic. I wore a black dress bisected down the front by an industrial-weight zipper, swingy enough to twirl. We sat, alternately male and female. I attempted party chat with the men on my right and left who were, to various degrees, shy, moody, bored, and in the case of my husband, hearing impaired. But after years of reading my friends’ work, I knew too much about these men to be interested in small talk. I knew who took anti-depressants, who was cheap, who was a dutiful son, who never read fiction.

The dance lesson began. I asked Jerry if he wanted to try, but we both knew his difficulties with balance, with hearing and following instructions. So, we sat together silently as the other couples took the floor. I will not cry, I told myself as the now familiar feelings of loss and sadness weighed me down. I squeezed his hand.

Then one of my friends and her husband, young but with an arthritic hip, returned to the table. I lifted my arms, she nodded, and we became partners.

The teachers led us through many repetitions of a few simple combinations, then instructed us to practice on our own. We mastered the basics quickly and added a few flourishes of our own. On my way to the restroom, I brushed past another of our group dancing with her husband. She rolled her eyes at me.

“At least he’s dancing,” I whispered.

“He keeps telling me what I’m doing wrong,” she said in my ear.

When I returned, the band was playing “Respect” and I joined my girlfriends already dancing in a circle. My neck relaxed, my shoulders loosened. I flapped my right arm, shook off the carpal tunnel from years of hunched writing and the demands and tedium of caretaking. After all our years analyzing and critiquing each other’s work, my writing group had never danced together before. The movement felt deeper than words. Our men remained at the table, the seats we’d vacated still empty between them.

In my peripheral vision, I saw Jerry fumbling for his cane hooked on the back of his chair. I assumed he was going to the men’s room.

Stop, I told myself. Go help him. Hold his arm as he negotiates the uneven walkway. Wait outside the bathroom. Hope that he’s made it without pissing his pants.

But before I had a chance, he limped his way to the dance floor and inserted himself in the middle of our circle. Then, he moved from woman to woman, a shimmy, a shake, a signature move for each of us. For a moment, he was his old self – the actor, the flirt I fell in love with, the beautiful confident man completely at home in the center of attention. Even debilitated, he still had life.

Back in the center, he wobbled in a creaky circle. One of the younger husbands ran onto the dance floor and snapped a picture of Jerry, his cane raised overhead. He pumped triumphantly at the sky, his loose jacket lifted around him like a cape, like wings.

I’ve never thought of writing as therapy, but working on essays and short stories about my husband’s aging and dementia have helped me understand my own feelings, find the humor in dark situations, and try to negotiate this journey with heart. The response from other caretakers and aging adults has been supportive and validating. When I wrote this piece almost four years ago, deep in the difficulties of that moment, I didn’t anticipate looking back at the days when Jerry walked with just a cane, when we still went to parties, as good times. It’s like when I look at old photos of myself now and wonder why I wasted so much time worrying about being fat, when really, I was beautiful.

Audrey Ferber earned her MFA at Mills College. She now teaches Women’s Literature and Writing in the Older Adults department at the City College of San Francisco. Her work has appeared in Lilith Magazine, FRONTIERS, the Cimarron Review, Fiction International, the AWP Writer’s Chronicle and elsewhere. She is also a member of the San Francisco writer’s collective, the Grotto, where she is working on a collection of essays and stories about caretaking, aging and dance.
Next: Letting Go »
Home | Archive