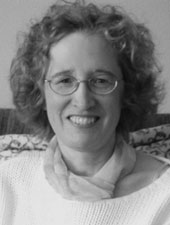 Audacity. Courage. Mystery. Language. These four words may help us reach into the life and work of Tess Gallagher, one poet of a small number writing the best poetry of our time. Language is at the heart of her work: daring, courageous, knock-at-the-frontier-of-mystery language. Her poems evoke deep emotion, a major reason I read poetry and the only reason my students bother with it at all. The form of her poetry ranges far and wide, showing her deep mastery of the craft. When I read Tess, I feel I’m being invited to open a door I’ve just discovered and step inside.

Each book is deeper than the next, each takes us farther. I invite you into this house of many rooms on the long journey humankind takes through heartache, joy, communion with others, and the loss of those we love.

I’ve known Tess since 1977. Stunned by reading Instructions to the Double, I went to find her in Lake Forest, Illinois, where she’d come to teach for a brief period. She introduced me to her work and gave encouragement to mine. We’ve been friends every since; now, by a stroke of good fortune, we live on the same road in our small town.

It’s audacious to write a poem in which modern chemotherapy is compared to the agony of the women at Auschwitz (“The Women of Auschwitz”). Audacious to feel one can reach to the place where Auschwitz can even appear in a poem. Tess meets the challenge with courage. The scissors cutting her long braid as she prepares to lose her hair before cancer treatment “slip against the years as if they were bone.” The line reaches across time and geography, and we sit with all women who have suffered in extremis. Stanza six proclaims solidarity with these women: “As the skull comes forward, / as the ghost ship / of the cranium, floating, / in its newborn ferocity, forces through, …I make visible the bare altar of the skull.” We join the women of Auschwitz “who couldn’t choose,” the Iraqi women who can’t choose. She lets their voices be heard in the profound way of identification.

Tess never shies from the difficult in “Each Bird Walking.” The speaker asks from her lover something indelible. Tess then lets the lover tell how he was called to wash his mother’s body during mortal illness, needing to clean her everywhere, even in the place of his birth. These times, if accepted, Tess suggests, connect us most closely with each other. For a moment we are allowed into the presence of the great mysteries, a curtain drawn briefly aside.

Beginning a relationship with the recovering-alcoholic Raymond Carver—who brought with him considerable worrisome baggage, as well as immense humanity and talent as a writer—was an audacious act. Tess made a place where both of them could be freed to write. “You chose well,” she writes in “After the Chinese.” “No one / is as stubborn as me.” She accompanied Carver along the path which would lead to American’s best contemporary short stories. She fearlessly carried on his work when he died. She took up her own shattered life and found a place for the Irish painter, Josie Gray.

To leave the small mill town of your birth in the first place is audacious. To listen to the voice which says you can write. Daughter of a logger and longshoreman, survivor of poverty and a difficult childhood, Tess entered the writing world with humor, daring, and pizzazz. Reading her poems makes us easily understand why she had to follow the thread William Stafford speaks of: “You don’t ever let go of the thread” (“The Way It Is”). She found the wide world—Ireland, her second home; New York, and Syracuse; travel in South American and China, Japan, Europe—and then had the courage to come back to care for her dying mother, to recover “herself” from an aggressive cancer, and to receive her muse here in Port Angeles, where she first received it.

Poetry’s task is to keep our language whole, alive, responsive, deep, relevant, at once transparent and mysterious. I return to the poems again and again for this sustenance. Tess is not afraid to speak of the power of death, how she lay for some time with the corpse of her husband: “We were dead / a little while together then …afloat on the …canopy / of the abandoned world.” These are the moments of utter despair when the beloved is taken, when “the silver-white / of a voice [is] sent unbroken across snow …calling.” Yet her language brings us “together” and “afloat.”

In “Black Pudding” she is ruthless with the process of going forward. “This then is my black pudding / only the stalwart know how to eat,” she writes of a food made from the blood of a live animal, something taken “from the good and cherished beast on loan to us.” “Not a pretty dish.”

In “Deaf Poem” Tess recognizes “the swollen delusion of love’s power to / manifest across distance the gladness that joined us.” Yet Ray can “step back into life just long enough / for eternity to catch hold” and help her write a poem, “missing even the language / it is unwritten in.”

Tess has provided the difficult nourishment. All we have to do is enter the house of each poem, come to its table, and eat.

Alice Derry teaches at Peninsula College in Port Angeles, Washington, and co-directs the Foothills Writers’ Series. She has written three collections of poetry: Stages of Twilight (Breitenbush, 1986), which won the King County Publication Award, chosen by Raymond Carver; Clearwater (Blue Begonia Press, 1997); and Strangers to Their Courage (Louisiana State University Press, 2001), which was a finalist for the 2002 Washington Book Award. Derry also has three chapbooks: Getting Used to the Body (Sagittarius Press, 1989); Not As You Once Imagined (Trask House, 1993); and translations from the German poet Rainer Rilke (Pleasure Boat Studio, 2002).
Next: Five Scenes »
Home | Archive