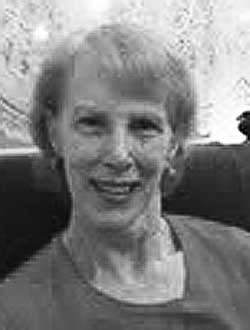 “Well,” Kate said one summer evening over Chinese take-out, “It looks like Fiona’s son Dylan won’t be going back to Cornell this fall.”

“Who?” Alex looked up from his  tangerine chicken, wondering if he’d missed an entire relationship. “Do we know a Fiona?”

“You know, Lorie’s friend from college, They still keep in really close touch.”

“Oh, no; she lives in Ohio. She was out here two years ago, but we were at the shore. They all went to Disney World when the kids were in nursery school. Lorie brought the girls princess makeup sets.”

“Of course,  How could I forget?” He remembered the princess stage, although it seemed as if his daughters had outgrown only the cheaper trappings. They were still princesses.

Kate gave him a look. “Anyway, her ex-husband was supposed to pay last year’s—or maybe just last semester’s—tuition, but he didn’t. So they won’t let Dylan back.”

“So what is he going to do?” Alex asked in spite of himself.

“Lorie didn’t know. He could take over the payments himself and be in debt for the rest of his life. Or Fiona could take out loans, but she can’t manage much. She’s a social worker. It’s a big mess. He’s a doctor.”

“I suppose Fiona knows about us, too.”

“Oh, sure. She always asks about us. In fact, she wanted to know how your procedure went.”

“Very considerate of her.”

“She ought to see a lawyer.” He couldn’t help himself.

“I’ll tell Lorie to tell her. She’ll appreciate it.” And if he had been one to give looks, that remark did not deserve one. Kate was serious.

Fiona did get a lawyer. (Whether is was because of his suggestion, Alex didn’t know.) This seemed to have frightened her ex into paying up. He was curious to know what would happen the next semester, but didn’t ask. Obviously Kate didn’t know or she would have told him.

But there were other sagas to entertain him. Kate’s sister’s best friend had developed diabetes, which was really upsetting because she was a vegetarian who jogged three times a week. “Never set foot in a  McDonald’s and that’s the thanks she gets,” was Kate’s comment.

“Do you remember Fiona?” Kate asked him one night in February.

“Oh, yes; her son almost didn’t get to go back to Dartmouth.”

“Cornell. But anyway, Fiona’s niece is having the weirdest problem with her husband. He keeps falling in love with all these women, but he thinks it’s all right because they don’t have sex. They don’t even make out.”

“That’s what he tells his wife,” Alex thought, but kept silent.

“He keeps confessing to her and begging her to forgive him.”

“How many times?” Alex asked, wondering how often one had to do a thing before it was said that one “kept” doing it.

“Two or three. I don’t know the details. Anyway, at first she thought because nothing happened, there was something wrong with her for being mad. So she’d forgive him, but she’s tired of it and he just did it again.”

“But the thing of it is, he didn’t tell her this time. He took their two boys to the supermarket and when they got home, the youngest one said they’d run into a lady Daddy worked with and they’d talked a long time, which was why they were late.”

It seemed to Alex that a man who would not only go food shopping but would take two children with him might deserve some slack. “What did she say?”

“She didn’t say anything at the time, but she hacked into his e-mail—don’t ask me how, but she got Dylan to help her—and he’s been sending all these e-mails to this woman and he kept going on about how much he loved her, but they could only be really good friends. So she doesn’t know what to do. He always told her before.”

“Both times,” Alex thought. “What would you do?”

“Well, as long as there was no penetration, I’d let it go. But of course I’m old school. In my day, we believed in technical virginity.”

The story of Fiona’s niece and her husband and her husband’s coworker continued. One night he had had to jump her car in the parking lot and was two hours late getting home. The coworker gave him an enormous basket of homemade Christmas cookies, which annoyed Fiona’s niece, but the cookies (three kinds) had been delicious and she kept the basket to store the dog’s toys.

Kate seemed to take a particular delight in these stories. She became quite animated when she told them. He wondered if she identified with Fiona’s niece. Or was it the husband? Then he wondered if it was more than identification. He told himself he was being silly. Kate just loved a good story.

“Maybe I shouldn’t tell you this,” Kate said one evening as she dished out her homemade lasagna, “but Fiona’s niece is having an affair. And it’s not just emotional.”

“Some guy she works with.” He was surprised Kate didn’t have more details about the man.

“Did you make extra this time?” There seemed to be a lot of lasagna left over.

“Oh. We were talking about lasagna at work and it turns out Raj had never had it. He’s always bringing Indian food for lunch and he lets us try it. So I’m bringing some for him. And of course I have to bring enough for everybody.”

Raj was Rajesh Patel,  whose office was across the hall from Kate’s cubicle. Kate had always been a sucker for an accent.

His instincts sharpened. Once, when Kate seemed to take a long time at the market, he asked if she’d run into anyone.

“No; they didn’t have any of the tuna packed in olive oil out, so I asked for it, and I had to wait until they got it from the back. Plus they’ve moved everything again. I never did find the lemon juice, so I had to get real lemons.”

Was she talking too much? He honestly couldn’t say. Kate was very verbal.

Had Kate been inspired by the story of Fiona’s niece to start an affair of her own? Or had she simply made up Fiona’s niece as an excuse to talk about her activities? Did Kate seem to be glowing or miserable? Not really. But she had started reading The Jewel in the Crown and had come home from the store with a bottle of chutney.

He began listening for her to mention Raj. But Raj only came up in the conversation occasionally and always with someone else from Kate’s job. There did not seem to be an increase or decrease, either of which would have been significant. But when she did mention him, she started referring to him as “Rajesh.” That was significant. He didn’t say anything, wondering if she would notice the significance of that.

Fiona’s niece was now madly in love. But she couldn’t bring herself to leave her husband, not to mention the dog. (“If she took the kids, she’d have to leave the dog.”) He wondered if their cats were all that was standing between him and divorce.

Then the stories about Fiona and her family stopped. But the sister of the mother of one of his daughter’s best friends had gastric bypass surgery. Every week Kate reported how much weight she’d lost. And the woman whose cubicle was next to Kate’s had to go to an intervention for her alcoholic brother. Fortunately, his insurance covered rehab. But a month passed, with no mention of Fiona.

Finally, he couldn’t stand it any longer. He was going to have to be direct, get things out in the open.

“Have you, or rather has Lorie, heard from Fiona lately?’ he asked.

“Oh, yeah. Her daughter starts college next year and she told her ex that if he didn’t pay for it, she was going to get a job at Hooters.”

“Fiona or her daughter?”

“Her daughter, I think. But maybe it was Fiona. I’ll ask Lorie. He’s so concerned about what people think, he’ll pay.”

“He actually believed she was serious?.”

“She is serious. At least that’s what Lorie says.”

Now for the overwhelming question.

There was a pause. “I don’t know,” Kate said, sounding surprised and puzzled that he’d remembered it.” I guess it just sort of fizzled out,  I’ll ask Lorie and let you know.”

Martie Collins has been a secretary, adjunct English professor, Weight Watchers lecturer and church secretary. She writes poetry and fiction and has led poetry workshops. Her three children are grown and out of the house, but she, her husband, and two cats remain.
Next: A Criminal Menopause »
Home | Archive

5 thoughts on “Relations and Friends”