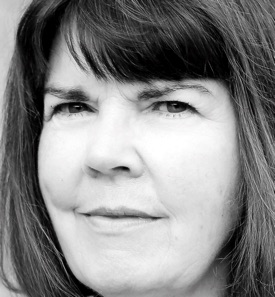 Charlotte strained to hear the two men in the next booth. She’d seen them walk in – a heavyset balding man in a short raincoat that made him look like an extra for The Sopranos and a wiry younger man who looked nervous, his eyes darting around the diner as if he sensed a threat. She’d been working on the crossword puzzle, keeping an eye on a slender girl in a flimsy red dress sitting alone at the counter. The dress was tight and very short. The girl looked Asian. Was she a victim of sex trafficking? Charlotte’s husband Dan often reminded her that she watched too much TV, and was prone to melodrama.

Seven letters. To speak in an undertone. Charlotte was annoyed by the imprecision in the local newspaper’s puzzles. A whisper was quite different from speaking in an undertone.

The two men had ordered, no chitchat with the waitress, who was brusque and busy. The #6, three eggs over easy, bacon, home fries, toast, a short stack of pancakes on the side for the older man. The #1, two eggs scrambled and wheat toast for the younger. The diner was noisy, crowded for mid-morning on a weekday. Then the younger man lowered his voice.

“Plan B. Plan fucking B,” the heavyset man said. “You can go ahead and make up plans A to Z, if you want, but I’m telling you we don’t even need a plan. Have you ever heard of impromptu? How about extemporaneous? I’m saying you got to be flexible. One thing I’ve learned in this business: fuck plans.”

“What if we get caught? That’s all I’m asking.”

The girl at the counter stood, a smile breaking across her face, and hugged a man in a business suit who’d just entered the diner. Her lawyer? Her fiancé? Charlotte decided they were engaged, the girl not a victim of sex-trafficking after all. Was he an accountant? No briefcase, though. Wouldn’t an accountant have a briefcase?

She skipped over some clues to find words she was sure of. To count. Nine letters. Calculate.

“Plenty of time to sleep in the pen.”

Did he really just say that? It seemed improbable. Maybe they were actors in some TV drama, rehearsing a scene. She was sitting back to back with the older man. She resisted the urge to turn around in her booth to see them.

“Jeez, you’re really one of those glass-half-empty kind of guys, aren’t you? Pessimism’s bad for your health, you know. You can keel over from a heart attack just from thinking bad thoughts.”

“Where do you get this stuff? Dr. Oz? Bad thoughts and bacon, maybe.”

Charlotte almost laughed, but she didn’t want them to know she was eavesdropping. Should she call the police? What could she say? Two men were arguing about getting caught for something unspecified that might in fact be nothing at all? What if they were actors? She accepted a refill on her coffee as the busboy took her plate away. The crowd was thinning. She went back to her crossword puzzle.

“No bacon makes Jack a very dull boy,” the older man said. “You only got so many years to enjoy life, then it’s lights out for all of us.”

What killed the cat. Nine letters. Not the first time she’d noticed synchronicity in a crossword puzzle. Her runaway imagination working overtime is what Dan would say.

“Tell you what. Work on Plan B, and we’ll celebrate after with BLTs,” the younger man said.

“Champagne and women, my boy. A week in Vegas.”

Sense of foreboding. Eleven letters.She’d have to go back to that one, work around it.

They must have left cash for the waitress who hadn’t come back after leaving the bill. They were standing up to go, and she half turned in her seat to look at them. The heavyset man looked her straight in the eye and pointed at her waggishly, thumb up, finger extended in the shape of a gun. He was kidding, right? She felt a rush of adrenaline. Her heart thumped. They couldn’t possibly care about a middle-aged woman doing a crossword puzzle in the adjoining booth at the diner.

Plan A. She’d finish the puzzle, check the parking lot to be sure they weren’t there before she left. Plan B. What was Plan B?

Ad hoc. Fourteen letters. The first two letters were e and x. She didn’t feel like finishing the puzzle.

The print was starting to blur. She was beginning to sweat, and her hands were cold. Plan B. She’d call Dan. He wouldn’t like her interrupting him at work in the middle of the morning. He’d say, “I’ve got plenty on my plate today. I’m pretty sure you can handle this on your own.” Or he’d say, “You can’t be serious.” C. She’d wait to walk out with the girl in the red dress and her fiancé. Throw herself on their mercy. They were going to think she was crazy. Her face was growing warmer,  not the beginning of a hot flash, she hoped. D. She’d call a cab and exit through the kitchen. What explanation would she give to the kitchen staff? A deranged stalker?

The pencil was trembling in her hand. Seventy-three words Across in the puzzle. She’d completed eleven of them. Sixty-seven words Down. She’d done fourteen. Concentrate. Plan E? She’d do nothing. Go home. Tonight she’d tell Dan and he would laugh at her fears. She decided to play it by ear.

Someone coughed at the table behind her, but she didn’t turn around to look at the new customers being seated. Pulling her cell phone out of her purse, she punched in her home number. “Are you there, Dan?” she asked when the voicemail picked up. She paused, as if waiting for an answer, then spoke into dead air.

“That would be great,” she said. “I can finish the crossword later.” She stood up, a busy woman, and left some bills on the table, rounding up the twenty-percent tip, counting out the thirty-two cents she owed. Even with no real point, her fantasy call had raised her spirits.

When she pushed the glass doors to exit, the hot sticky air felt like an assault after the air-conditioned chill of the diner. There were no more signs of rain. She scanned the parking lot, and sure enough, the two men were sitting in a large car, dark blue, not too new, a Buick maybe, or a Lincoln. The engine was running, probably for the air. She tucked her folding umbrella under her arm, pulled out her phone and dialed home again. She spoke in a hoarse whisper. “They’re waiting for me in the parking lot of the Star Diner. They’re both white. The older one’s fat, the younger one has some kind of tattoo on his neck. The car is blue, a Buick or Lincoln maybe. I can’t read the plates, but they’re yellow with black numbers.” She tapped the phone to hang up, squared her shoulders, and crossed the parking lot to her Nissan without looking right or left. By the time she reached it, she was drenched in sweat. A hot flash after all.

She’d decided to drive around for a few hours, if she made it out of the parking lot. She didn’t want anyone following her home and trapping her in the house. She’d be home in time to erase the voicemails before her husband got to them. She’d get dinner going, watch a show about some bizarre true crime on the small TV in the kitchen while Dan read the Wall Street Journal in the living room. He wouldn’t say much beyond hello. He never did.

She put her key in the ignition, clicked all the locks, and let the frigid air blowing through the vents dry the sweat on her body. She considered not going home at all. People looked right through her. Even her husband looked right through her. She could disappear, like Agatha Christie. Would Dan notice if she wasn’t there? She didn’t like to think of herself as elderly, but she might as well be Miss Marple, a busybody with no village. In fact, she’d make a good P.I. Dan would call that crazy. It probably was. What was she thinking? Who’d hire someone her age?

But the prospect intrigued her. She was a middle-aged woman, already invisible; she didn’t mind sitting for long periods; her powers of observation were unusually sharp, and she liked to solve puzzles and devise narrative scenarios, admittedly farfetched at times. She propped the folded newspaper with the puzzle against the steering wheel and pulled out her pencil, ready to wait out the two men in the car. Ten letters, exercising judgment, taking charge. Initiative, of course.

Author’s comment: While I’m not Charlotte (I write and teach and have plenty to occupy my days), I also love to eavesdrop in public places, I sometimes do crossword puzzles, I share her overactive imagination. I enjoyed watching Charlotte jump to conclusions and struggle to extricate herself from the consequences. And the invisibility of older women always interests me.

Jacqueline Doyle has a new flash fiction chapbook, The Missing Girl, from Black Lawrence Press, and stories and essays in The Gettysburg Review,  Monkeybicycle, Wigleaf, Southern Humanities Review, and Superstition Review. This is her second publication in Persimmon Tree. Her work has earned Pushcart nominations, Best of the Net nominations, and Notable Essay citations in Best American Essays 2013, 2015, and 2017. She lives with her husband and son in the San Francisco Bay Area, where she teaches at Cal State East Bay. Find her online at www.jacquelinedoyle.com and on twitter @doylejacq.
Next: Fading »
Home | Archive