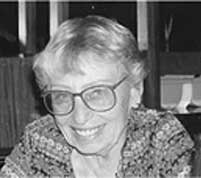 “True emancipation,” wrote Emma Goldman in 1911,” begins neither at the polls nor in the courts, it begins in woman’s soul . . .” In my travels, I have witnessed extraordinary bonding among women in Latin America, Africa, the South Pacific and in my town of Santa Cruz, California.

Images crowd each other for space in my memories. These images are threads, weaving women’s stories with highlights of feminist concerns—a tapestry of sisterhood. The feminist revolution, the emancipation of the spirit, has truly become a global phenomenon. Time and again I have seen evidence of how this awareness has led to circles of hope that “begin[s] in woman’s soul.”

In the 1980s, I went to Honduras to meet with the Mothers of the Disappeared, a visit that was inspirational, vivid, and searing. A heavy cloud of fear enveloped our small group of U.S. peace activists. We had just been briefed on the fate of the disappeared snatched off the streets, picked up at demonstrations, or kidnapped by secret police out of their beds. They were students, teachers, union organizers who dared to protest the violence lurking in Tegucigalpa.

With trepidation, we joined the Mothers of the Disappeared in a two-hour vigil of sorrow in the public plaza. Week after week these grieving mothers, with patience and courage, were a visible presence—the public conscience against repression, torture and disappearance. They created their own circle of hope through their faith, courage, and testimony to a higher moral imperative. Humbled yet uplifted, we shared these moments of intangible bonding, moved by both their pain and the gift we received from their presence. They stood silently, their armor of courage defying the evil encircling their lives including the gun-toting soldiers visible from the plaza.

This unquenchable spirit within the Mothers of the Disappeared is reflected in the passionate words of Audre Lorde. “When I dare to be powerful—to use my strength in the service of my vision—it becomes less and less important whether I am afraid.”

On another journey I joined nuns, nurses, educators, peace activists, union organizers, and feminists who traveled to Central America under the auspices of Capacitar, a U.S. network of women, to create circles of hope. What began as an outreach to the women of Guatemala and Nicaragua became a spiritual journey, melting borders, melding cultures. We were invited to join groups of women whose lives were stalked by violence and poverty. We came, bearing healing techniques—massage and accupressure for the body, Tai Chi for the spirit. The circle widened as these women, in turn, shared these healing techniques with their communities.

We were in Guatemala during a total eclipse, our night to howl with the moon. Some of the Capacitar women had climbed a rickety trellis to view the heavens from the roof of Casi Cami, the community center where we were staying. We flopped down on cushions and huddled together for warmth as we turned our faces to the full moon aglow in the velvet of the night, dimming the stars around it. White bats swooped across the sky, deepening our reverent mood. We sang, told folk tales, shared intimacies, and watched as darkness crept over the shining lamp of the night. Then the witch in each of us began to howl.

We continued our journey to Nicaragua: In Mulukuku, a village in northeastern Nicaragua, a few women, scarred by the Contra War, had gathered to envision a space of their own—a women’s center and clinic. Serendipitously, Dorothy Granada, a nurse from Santa Cruz, had traveled there, ready to help heal the scars of the Contra War. The year was 1990. They met, the Mulukuku women and Dorothy, eager to work together.

When I spoke with Dorothy in Managua, she told me that the Recontras had threatened her life, breaking into her Mulukulu hut as she slept. She also had been robbed as she drove patients to Managua. In spite of these and other hardships, Dorothy and health promoters from the village developed programs that included education in preventive health, children’s nutrition, leadership development, staff training, and clinic services. They also provided “green remedies”—yucca plants, cilantro, lemon grass and eucalyptus—that replaced western medicine, a rare commodity.

It is almost impossible to describe the sheer beauty, the compassionate expression on Dorothy’s face as she described the spirit and courage of people in Mulukuku. When I asked how she managed to maintain hope surrounded by so much suffering, she replied in typically Dorothy fashion. “Hope is present in the dynamic and militant women’s movements . . . and the circle of friends who support our efforts. I am filled with hope when I see the beautiful birds of the rain forest, the exquisite sunrises, and know in my bones that life is good and will prevail.”

I have traveled to Cuba numerous times. On one occasion, I visited La Guinera, a small community on the outskirts of Havana where an all-women team of builders was replacing shacks with apartments. It had begun with the need for a child care center; eighty-seven women took on the project and built the center themselves. Flushed with success, the women started their first apartment complex, dividing volunteers into micro-brigades of thirty. Encouraged by help from neighbors, the women devised a crude but workable brick-making contraption and launched their project. Early one evening, in the midst of building their first apartment house, they received a surprise visit: Fidel Castro dropped in to see this all-women endeavor. Shortly after the visit, they received a windfall of tools, supplies, and a truck. By the time we visited La Guinera, they had built several apartment houses for two hundred families, a social hall, and the child care center.

As Alice Walker has written: “The empowerment of the poor—literacy, good health, adequate housing, freedom from ignorance is the work of everyone in this coming century.”

In 1990 I went to Mozambique. Here polygamy is a common practice; control of women is secured through lobolo, the bride price. However, changes were on the horizon under the aegis of the Organization of Mozambique Women, which invited us to see for ourselves women’s awakening. We visited an all-women agricultural co-op in the countryside near Maputo—a first! In Mozambique, 90% of the food grown is produced by rural women. However, with the exception of the co-op, women usually work within the family unit, rarely having an opportunity to bond with each other. In the greenbelt surrounding Maputo, I walked with a member of the co-op as she hoed her plot, bending, balancing her infant secured to her back by the acapalana, a wide swath of colorful material. She was growing cabbage, potatoes, beans, and tomatoes for the markets in Maputo. After our tour of the lush fields of vegetables, the co-op members were eager to show us their pride and joy, a bio-gas pump which they designed. Using the manure from their pig sties, they fill a large drum, turn it by hand and create methane gas for cooking and light.

After leaving the fields and the bio-gas pump, we were ushered into a park-like area and formally greeted with an ancient African welcoming song. A tiny older woman, obviously a leader of the group, began to ululate—the cue for the women to sing and dance. The exuberance and joy belied the long day behind them, a day that had begun at four in the morning.

The spirit that inspired the women to dance and sing, the spirit that strengthened them in their struggle for status, was expressed by one woman, who said, “We feel our lives have changed. After working, we have something to take home. We have each other. When someone is sick, we give help. We are no longer apart or alone.”

The following day we visited a pecan factory, a cavernous dark room resounding with deafening noise from the machinery. As we entered this huge room where hundreds of women were sorting pecans, a young woman started a chant, joined by the sorters as she went up and down the aisle. Soon an elderly woman began to ululate. The women left their posts and began dancing and singing, some ululating in response with a fervor that was intoxicating. Could this free spirit, yearning for an occasional outlet, have happened in an American factory? I doubt it.

We have come a long way. The 1985 Nairobi Conference on Women was a powerful catalyst. Since being encouraged to walk together on the road to emancipation, women have found innumerable occasions—conferences, peace journeys, articles, and songs to keep the momentum. Women are networking, dialoguing, bonding. We have begun to forge a global chain, dramatic testimony to our power. As we link arms, walking together on our quest, we carry the vision of emancipation beginning within our souls.

Postscript: As a woman in my nineties, I continue on this quest for women’s power. In 1999, at the World Trade Organization conference in Seattle, I was one of those arrested for not paying attention to the curfew. The day before, we shut down the conference and I received several rubber bullets in my back and was sprayed with pepper spray. The police in Seattle were madder than a hornet’s nest for the disruption to their city.

I still protest every Friday at our town clock, holding signs that have a message, “Out of Iraq.” And I am one of the Raging Grannies, who sang our naughty songs and refused to leave the local military recruiter’s premise. There is no end of opportunities for involvement: Funny how those in power can’t hear our voices ringing out across the globe.

Ruth Hunter is a writer, peace activist, and chocoholic. She is a member of the Women's International League for Peace and Freedom (WILPF), and she's a Raging Granny of recent arrest fame. She lives in Santa Cruz, CA, on the ocean where fresh air comes in huge gusts and cools the indoors.
Next: On The Fire Escape »
Home | Archive