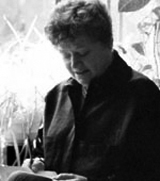 I read a piece in the New Yorker last night about typewriters and how writers (older ones, I guess) miss the clickety clack, the act of inserting a new sheet of paper, of shifting to a new line, changing the ribbon, etc. I don’t believe it. Making changes, corrections, additions, subtractions on a computer is all so much simpler that it makes up for years of clickety-clacking.

Somewhere else I read a piece about a contest in which the participants were to write a novel, at least 50,000 words, in thirty days. So I thought I’d try it on my computer:

She sat down at her computer after lunch. It was Good Friday. Maybe, although she wasn’t a Christian, the Good might bring her something, something at least not bad. After a night of unpleasant dreams she woke up depressed, wondering if the depression was due to the dreams or the dreams to her depression. She knew that when her dreams were happy ones, she awoke feeling energetic and refreshed. Well, everyone’s emotional life had its ups and downs, although it’s true that some people are generally more cheerful than others, and vice versa.

The cat is awake and approaching. Next he will be on her lap and she’ll have to type across his body. He is on her lap. She is typing across his body and will therefore be making many mistakes. She’d had cats for the past thirty-five years. This is her third cat and, owing to her advanced age will undoubtedly be her last. He is her first male cat and in the first three sentences of this paragraph she had to change all the cat’s “she’s” to “he’s,” so ingrained is her tendency to think of cats as females. He’s not the most loving of all her cats, but he is certainly the most demanding of affection. He follows her everywhere and the minute she sits or lies down, he’s upon her.

But this novel isn’t going to be about cats, though she has no idea yet what it will be about.

She sat down at her computer and opened it to a new document. She stared at the blank whiteness of the screen, not all white as a sheet of paper would have been in a typewriter. The lines at the top with their categories of tasks and options were blue, with an occasional yellow and red. After the years of typewriters, she would never be allowed to forget that this was a machine with a mind of its own, one that remembered and followed instructions and sometimes initiated and insisted upon its own. She had begun her writing career with a black Underwood with nickel-rimmed keys and a black and red ribbon that, in time, she would have to learn to replace. It was a device that never talked back to her, never underlined her mistakes in red or objected to a sentence that it considered grammatically incorrect by underlining it in green. It minded its own business, which was to be completely at her service. She loved that typewriter. She was nine years old and had just decided to be a writer because she had been reading a lot of books and it seemed to her that writing books was the very best thing you could possibly do. She was only going to write the one book, the book she began then, which would continue for the rest of her life.

She did not anticipate all the interruptions that would come. She did not anticipate growing tired and critical of that never-to-end novel and throwing it out, when she realized that she was imitating whoever it was she was reading at the time: Carolyn Keene, Zane Grey, Jane Austen. She didn’t realize that it didn’t matter; she was learning to write. She didn’t expect to start menstruating and thinking about bleeding and all the eggs breaking inside her. She didn’t know that she would start falling in love with boys, sometimes a girl, and that she would be expected to marry and that she would do what was expected of her. After that, she knew that she would have children and that they would require considerable time and attention and caring and feeding and love. She knew that there was a whole outside world filled with wars and elections and crimes and punishments and injustices, endless things that needed looking into, thinking about, acting upon, caring about, contributing money to, living through.

So for some years, writing had to be managed only when it could be managed and didn’t become a real and steady occupation until she was a few years shy of forty, when, she believed, her life was half over. But owing to those years, there was now so much to write about. She had written about much of it in her four published books and in the last two, not yet published, perhaps never to be published.

She had stopped writing half a dozen years earlier, and now she was sitting at her computer, in her mid-eighties, trying once again to tell herself why she had stopped, or rather not to tell herself but to have it revealed to her. Was it age? Was it that age had made her tired or less interested, less curious, emptier? Had she simply lost the habit of it? Was it that she was discouraged by the negative changes in the publishing world? Yes, she had certainly lost the courage she had once had, the encouragement she had once received, but did she no longer have anything to say? Was this, now, an attempt to see if that was true?

So begin, she told herself. Begin with a name, find out who it belongs to, what she or he is in the middle of and if she or he will lead you somewhere unexpected or interesting.

I decided to make a soup.

Edith Konecky, who lives in New York City, is the author of Allegra Maud Goldman; A Place at the Table; View to the North; and her collected short stories, Past Sorrows and Coming Attractions. These books are all in print, the first, Allegra, since 1976, currently with The Feminist Press, introduction by Tillie Olsen.
Next: Circles of Hope »
Home | Archive