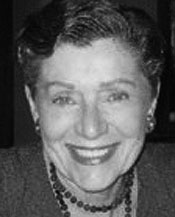 I mean really talk? About God. Personally, I’m fine with the concept of a higher power. Someone or something to believe in when our computers crash, to give comfort during those endless hours on the phone with tech support… (Finally, I’m online again. There is a God!) The thing of it is, in this day and age, in our open-minded, all-inclusive, multi-cultural, same-sex marriage century, why is God still personified as a He/Him rather than a She/Her?

Since the ancient scribes put their pens to parchment, that’s the way it’s been. No surprise there. Men wrote The Book and they gave the best part to Him, but has He never heard of Term Limits?

And it’s not as if you can chat up His Nibs over a double latte at Starbucks and bat this around. If you could, you’d probably get something vague and non-committal likeI AM THAT I AM.

The fine arts are no better than the Bible. Think the Sistine Chapel: the Godly finger pointing to Adam in the altogether. I have no beef with that, but I have a good mind to get out my palette and pigments and rig a scaffold of my own. Transsexual is in now! If Chaz Bono can do it, why not God? Can you see the Pope, strolling into the chapel? He glances up at the ceiling. “What the…?”

Movies don’t help promote an open-minded Godly image either. Okay, fair is fair… the Hollywood hotshots stepped up and put their money where their box office mouth wasn’t, and made Morgan Freeman God in “Bruce Almighty.”

Morgan, I love your smooth resonant voice, your talent to inspire confidence, but you can drive Miss Daisy to the moon and back and you still don’t cut it for me as God. Hollywood, you want color? You want a voice dripping honey on the silver screen? You want presence, something regal yet earthy? Try Oprah. Now there’s a Girlfriend I could look up to.

Imagining God, trying to put a human face on a premise, is nothing new. Back in the first centuries of the Common Era, a Jewish mystic not only imagined God’s face, he used an ancient Persian measuring system called the parasang to measure God’s physical dimension. As each parasang equals three miles, the mystic devised a system that calculated God’s size in units of thirty million miles, a size that, like the heavens themselves, was beyond human comprehension. And yet the mystic figured the measurements of His forehead, His nose, eyes and mouth, each and every body part down to His beard. This mystic was so sure that God had a beard, he even gave the length and width of it.

It makes me wonder, then… could the mystic’s God have love handles? Six-pack abs? Did He ever pass the heavenly mirror, take a peek and say to Himself, “Lookin’ goodAdonai, lookin’ good.”?

I’m no sage, and I couldn’t tell a parasang from a parachute, but I’m going to counter the mystic with a Girly God, and I’m giving her persona some serious thought.

Should she be an introspective Dr. Joy Browne type? A big-on-psychology, call-in, shrink-wrapped God? Or more a Meryl Streep-as-Anna-Wintour type of Gal, bringing a little Prada and some highstyle to the heavens? On the other hand, do we want Her traipsing around the cosmos in five-inch Manolo Blahniks, throwing Her back out, just for the sake of a look?

The thing is, we need to get Her down here with the folks. Give Her a brand, some new press. Frankly, she could use some positive spin, what with fanatics out there trying to pin our latest hurricanes and volcanic eruptions on Her. (I thought She quit smoking.)

What do you say to putting her on Dancing With the Stars? Think of the free promo, the ratings when they announce the lineup for the season. “Ricki Lake, Rob Kardashian, Chynna Phillips… and God! Don’t tell me you wouldn’t watch? It’s win-win all around. She’d broaden Her fan base. People would relate.

Look what Dancing did for Kirstie Alley. Her career was down the cathode ray tube. She does the waltz and she’s in the game again, on the cover of People. Okay… so she had to shed a hundred pounds to get there. You go, Girl!

In any case, we’d better get cracking and spruce up the high-rise for when She gets back there.

For starters, let’s tackle the throne; after all these years it could use a redo. I’m thinking, chintz, a nice floral — it’s light… it’s fresh… some toss pillows here… a few pictures there… accessories make all the difference. While we’re at it, let’s spring for new window treatments — what we could do with those tall ceilings! Which brings us to the sky — and don’t tell me blue again. It’s been blue forever. And where is it written that the sky has to be a solid color? Borrr-ring. I’m thinking an eye-catching print, say a paisley, or a Burberry plaid. Overkill? I’m flexible. Excuse me a minute; there goes my cell phone.

That was Her. Wants to do lunch. I knew She’d be more accessible than He was. I wonder what She’ll wear? That white robe from the Year of the Flood? Snazzed up with a nice pin or a scarf, it could work. She’s happy, I’m happy. All I know is I’m bringing the bagels.

Rita Plush is an interior designer, lecturer and writer on the decorative arts, and the Coordinator of the Interior Design/Decorating Certificate Program in Continuing Education at Queensborough Community College in Queens, NY. Her fiction has appeared in many literary journals including The Alaska Quarterly Review, Passager Magazine, Dark Regions, The Iconoclast and The MacGuffin. She is the author of the novel Lily Steps Out (Penumbra Publishing, May, 2012).
Next: The Unemployed Nymph and the Glass Ceiling »
Home | Archive