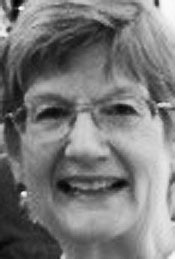 Ever since that witch Circe gave her the heave-ho for coming on to her most recent captives, Nysa had been out of a job. She was still ticked off. She’d been hired to entice and confuse sailors who shipwrecked on Circe’s island, but when she showed a little initiative and seduced the captain, Circe threw a fit and banished her. She threatened to turn her into pig food if she didn’t get her perfect heart-shaped butt off the island. So Nysa stowed away on the first ship leaving for Greece.

She’d been combing the want ads, going to job interviews, tweaking her resume for at least two months, when she heard from a nymph who worked the Peloponnesian coast that Cerberus was retiring. The nymph said Pluto was hoping to upgrade the image of Hades’ gatekeeper, that a three-headed dog was old-fashioned and lacked the sophistication he felt the position deserved.

Nysa knew a few things about guard animals. She had watched closely as Circe changed marooned sailors into any number of howling wolves, charging bears, menacing lions — chained or caged, their bewildered human minds trying to understand their sudden animal bodies. Nysa had watched and learned that one needn’t be a sun goddess to use such sorcery. When she left Circe’s island, she had a cookbook of spells and charms to bolster her ambitions.

Now, shifting from one foot to the other, Nysa was tired of standing in this line of eager candidates for Hell’s gatekeeper. She was probably tenth in line, and everyone in front of her appeared to be male. “Why do they think only men can guard a door? Like some lion at the gate. Can’t be any big deal. Especially with a can of mace and a stun-gun ready to fire.”

She took a small mirror out of her purse and checked to see if her mascara had smudged, then gave her creamy cheeks a quick pinch to raise some color. She grinned broadly into the mirror as if looking for bits of spinach in her teeth and sighed, pleased with the dental implants she’d had recently. The canine teeth augmented — not quite fang, not quite human. Brushed stainless steel. “A little kitschy,” she thought. “Should be a plus for this job.”

Looking over her competition — two or three coiling serpents, a warrior in full battle dress who looked suspiciously like Achilles, a whirlwind, a fellow with a bloody stump of a neck holding his head under his arm, and a burning bush — she thought her chances were pretty good.

Bored and fidgety, Nysa practiced a few spells under her breath. During the interview she planned to show off some of her transformations — let Pluto’s lieutenants know that if they hired her, they would be getting a lot for their money. Consequently, her companions in line were dazzled by the blur of a white unicorn, which shifted to a purring lioness and then a trumpeting elephant before she changed back to her slender, golden self. She decided that her own gorgeous, fresh-faced female form would probably work best.

A hollow-eyed wraith finally called her name and she minced through the yawning entrance toward the cubicle he indicated. A ghost in senator’s robes looked up from his clipboard, “Aren’t you in the wrong place, young woman?”

“Isn’t this where candidates are being interviewed to guard the gates of Hell?” she asked sweetly.

“Yes, but the job description lists strength, ferocity, and heartlessness. I hardly think you meet the requirements.”

Nysa muttered a few syllables under her breath and transformed into Atlas. She lifted the ghost, chair, desk and clipboard until the ghost’s white hair grazed the ceiling. Next she changed into a roaring dragon, threatening to incinerate the whole room. For a finale she became the West Wind, her arms evaporating, allowing the entire senator-desk ensemble to crash to the floor. Of course, the ghost was unscathed, but he was impressed. Resuming her curvy nymph shape, Nysa climbed into his lap, charmed fragrant peach blossoms from the gloomy concrete ceiling, and began to stroke his wispy hair and kiss his stubble cheek.

He huffed and squirmed, clearly uncomfortable. “Hmmm, yes, Miss. You do seem to have excellent qualifications. You’re quite a high-tech girl. But I’m not sure Hell is ready for someone like you.”

Nysa could tell that he was reaching for some excuse to end the interview and send her on her way. Her legs became two snakes and coiled gently around his legs. His words came faster, “You know, our CEO is not a modern fellow. He’s set in his ways about job labels. You didn’t hear this from me, but he doesn’t think outside the box much, in spite of what he says.”

Dejected, Nysa uncoiled, came back to her own shape and took her seat.

Gathering his aplomb, the ghost continued, speaking softly. “But the main reason isn’t the boss. It’s his wife. Persephone would never stand for someone like you at the entrance. She’s a beauty herself, pampered, a real mama’s girl. She travels back to the mortal world once a year to see her mother and strut her beauty around the countryside. She’d never leave Hell if she thought someone like you was outdoing her.”

Nysa smiled her stainless-steel, thank-you-very-much smile, and left. But not before throwing open the doors of each interview cubicle, so that she could see not only the candidates swiveling in their chairs, but also the line of hopefuls outside. She grinned and shouted out her most dire curse, turning every ferocious candidate into a gasping fish.

Hallie Moore has taught English to high school and college students on three continents. She was the featured poet at the Houston Poetry Fest and has been published in many small journals and anthologies. She earned her academic badges at Stanford University and Antioch Los Angeles, and is in the midst of writing a spiritual memoir, tentatively titled So Many Gods.
Next: Furthermore, She Had Never Read Anais Nin »
Home | Archive