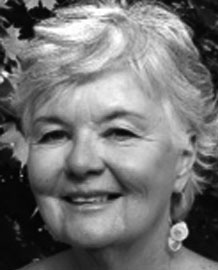 A persistent ringing shattered the stillness of an ordinary Saturday afternoon in apartment 24C. Tom and Theresa looked up in astonishment, putting their latest library books down on the marble coffee table.  What on earth could that noise be?

Visitors were rare. Theresa rushed to the front window, parted the lacey white curtains, and peered at the sidewalk below. Tom stood by the buzzer, waiting. He pressed the buzzer as soon as Theresa gave him the high sign. It was the brown-uniformed UPS man.

Theresa said, “Must be some mistake…we’re not expecting a delivery.”

The UPS  man handed Tom a box from J. Hook Lobster Co. The attached card, adorned with yellow tulips, read, “Happy Anniversary with Love, Edward.” Edward was their favorite nephew who’d moved to Los Angeles to pursue a career in the movie industry. Well, this was certainly strange. Lobster?  Tom opened the box and gasped when he saw the lobsters were alive and waving their claws.

Theresa blessed herself. “What on earth are we going to do with them?”

One of the lobsters seemed angry and aggressive, causing Tom to worry that it might injure its more docile box mate. He suggested they place the opened box in the bathtub so the lobsters would have some room to move around. The strange, insect-like creatures crawled out of the box and glanced around the tub.

Theresa stood in the doorway wringing her hands.

“What if they climb out of the tub?” she said.

Tom said, “Well, they are trying, but they keep slipping back down.”

When she was sure that they couldn’t escape, Theresa stepped closer to the tub, all the while hugging herself and muttering, “dear God, dear God.”

Tom thought the lobsters might be hungry and wondered what they ate.

Theresa said, “I don’t know what THEY eat, but I think we’re suppose to eat THEM.”

Tom said, “The big bully seems to have calmed down; he’s not picking on his little buddy anymore.”

Theresa thought to herself, the next thing I know, he’ll be naming them.

Tom needed instructions on the most humane way to cook a lobster. He called his gentle friend, Paul, who advised him to boil them and to start off with cold water so the lobsters would be lulled to death and die peacefully. Great, thought Theresa, and maybe we’ll have a Mass for them on Sunday.

When Tom was nine years old, one Thanksgiving morning, just to be funny, his mother stood the turkey up, walked it across the table and, in what she imagined was a turkey voice, started screaming,

This may have been the birth of Tom’s sensitivities. He refused to eat anything with eyes for many years. Theresa wished Tom could get over this foolishness. Theresa wondered why, on God’s green earth, would Edward send them lobsters? It may as well have been a bag of frogs.

Theresa tried to be sensitive to Tom’s aversion to eating animals, but this didn’t prevent her from pining for a prime rib, medium rare, sitting in a puddle of blood. Tom took Theresa out to eat once a year on her birthday, and when the wait staff would walk by with plates of beef, pork or lamb, Tom’s eyes would close while his complexion paled. On their yearly trek, to the same restaurant, Tom always ordered the scrod, with mashed potatoes and peas. Theresa, after studying the menu intently, would wind up with the roasted chicken, baked potato and carrots.

Theresa recalled eating lobster over thirty years ago, on a toasted, buttered roll with a speck of mayo. She could still taste the distinctive buttery flavor of the lobster’s flesh. Unlike Tom, Theresa had never wondered about the lobster’s personal life before it landed in her bun. Yes, thought Theresa, Tom is obnoxiously kind. She always rolls her eyes when Tom carries insects from their home to the outdoors while instructing the dirty little things to go and find their family.

Theresa made some tea and they sat down to figure out what to do with the little black monsters running around in her tub. There was no getting away from the fact that the lobsters had to be boiled. Tom rummaged through the pans under the sink, to find one large enough to accommodate them.

“What about the elastics,” said Theresa. “Won’t they melt in the boiling water?”

“Hmmm…you might be right. I guess we’ll have to remove them.”

Tom got the good scissors down from the shelf and approached the bathtub. Theresa was instructed to hold each lobster down while he snipped the elastic. She left for a moment and returned with her heavy green wool gloves. She placed her hand on one lobster’s back while Tom, acting the superhero, grabbed a claw. When the lobster arched its back, Theresa jumped. Just as Tom cut through the elastic, the lobsters’ claw snapped open and clamped down on Tom’s thumb. They both yelled while Theresa ran for a towel.

Ida, their nosy next-door neighbor, heard the screams and could barely contain her excitement. She pressed her large hungry ear against the wall, to listen and then report the story via telephone to the rest of the neighbors. She longed for a grizzly murder to cure the monotony of her days. She hoped an investigation would follow, possibly with FBI involvement. She imagined herself on the witness stand, the jurors’ sympathetic expressions, reporters poised with their notebooks and photographers snapping away. You could hear a pin drop while the courtroom and television audiences await her description of the ungodly screams, which frightened her half to death. She would need a suitable outfit for her day in court. Maybe her tomato-red suit and black striped scarf, which always looked lovely accented by her black pearls. Perhaps Dateline or 20/20 will get involved and ask her to play herself in the television reenactment.

Theresa poured some iodine on Tom’s wound, dried it and covered it with a Band- Aid. Tom decided to leave the three remaining elastics on the other claws rather than risk another injury. Theresa ran to fetch the Grabber. After the attack, Tom had decided to use the Grabber to insure that his hands were at least 18 inches away from the vicious crustaceans.

Tom dropped the first lobster into the water as Theresa stood in the kitchen doorway, holding her heart. The second lobster put up more of a fight. Tom lost his grip and the belligerent crustacean fell to the floor and made a mad dash for the dining room. Theresa, imagining the lobster was coming after her, climbed on a chair and started screeching again.

The noise alerted and delighted Ida, who had just finished her phone calls speculating on the first set of screams. Now she could justify dialing 911. She was so happy she almost peed herself. Bursting with anticipation, she freshened up her bright red hair, dabbed on some pink lipstick, squirted a spray of Jean Naté toilet water, and planted herself in the hallway waiting for the officers.

Meanwhile, back in apartment 24C… “Not so fast,” said Tom, as he snatched the running lobster with the Grabber.

Theresa climbed off the dining room chair as soon as she was sure that Tom had a good grip on the bold little lobster. Now he had to rinse the crazy bugger off. Theresa returned to the kitchen wearing her heavy, cream-colored Irish knit sweater to protect her arms. Tom held the runaway lobster under the water and then dumped him into the pan. He covered the pot so that they wouldn’t have to witness the brutal murder. When the cover started to shudder and jump, a terrified Tom pulled it off with a thick yellow potholder.

Fifteen minutes later, they pulled the lobsters from the pot, let them cool down and placed the now bright red, lifeless bodies in the fridge. Just when they thought the chaos was over, they were startled by a loud banging on their living room door. The peephole revealed two large policemen.

“We’ve had reports of screams coming from this apartment, mind if we take a look around?” said the burly policeman.

Tom invited them in.

One policeman took a look around while the other questioned the couple and took notes. Tom told the lobster story and opened the refrigerator; he pointed his finger at the two culprits. Theresa explained that the lobsters were an anniversary gift. The thin officer smiled and said that today was his wedding anniversary. Theresa asked if he liked lobster; he said he and his wife both loved lobster.

She said, “Please take the lobsters home to your wife.”

He said he could never accept such a gift.

Tom said, “We’ll probably wind up throwing them away, I beg you to remove them; after all they were the cause of the disturbance.”

The policeman thanked them, reluctantly placed the two lobsters back into the J. Hook box, and left. Theresa sat down to compose a note thanking Edward, while hinting that a nice bottle of whiskey would be better appreciated.

A few days later they received a lovely note from the policeman. His wife was delighted with the anniversary gift. He wrote that she threw her arms around him and said it was the most thoughtful and best anniversary gift he had ever bought. He didn’t have the heart to ruin the moment with unnecessary details. He thought he’d wait until their 25th anniversary to tell his wife the story. The note was attached to a box of chocolates from Phillips Candy House.

I think all stories should end with chocolates…don’t you?

From the time Ann Doyle picked up her first Nancy Drew book by Carolyn Keene, she has been in love with reading and always wanted to write. Life interfered with these plans, but her head remains filled with stories trying to claw their way out. She’s been a laborer, a nurse, a jelly-donut filler, a train conductor and a trolley and bus driver among other things. She is a wife, a mother and grandmother to a seven-year-old named Jack.
Next: The Proper Way to Make Conch Fritters »
Home | Archive

10 thoughts on “A Tale of Two Lobsters”