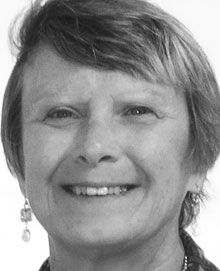 Where was Rose? Emma scooped more tuna salad onto the bread slices, wondering when she was going to get some help. A thousand tea sandwiches by five o’clock. Where was Rose?

The midday heat layered itself in the kitchen, marrying the grease sheen there. Emma’s headscarf was already soaked through. Her husband, Winston, had landed this catering job, some government to-do down by the marina. Tons of sandwiches and fish fingers. Emma protested about the extra work, but he’d promised to send Rose to help.

Rose. Of course. Lately, Winston had been singing her praises, happy that this woman was back on the island.

Emma covered the first batch of sandwiches and slid them into the cooler. There was still some tuna salad, but she’d have to mix up some more – maybe a lot more. Rose would probably have estimated better.

Reaching into the bin for an onion, Emma suddenly smelled perfume. She straightened and heard Rose say, “Grab some sweet pepper, too.”

Emma obeyed, but she chafed. Rose in charge again. Back when they were friends—really friends—Rose led and Emma followed. It was only with Winston that she’d gone her own way. She married, had a son, agreed with Winston to leave their resort jobs and open a restaurant, learned to keep the books and a budget, had a daughter.

Rose just shrugged. “You’re putting too much filling in these sandwiches,” she said. “This is a party, not your customers. These people won’t notice less meat.”

She was right, Emma knew. Those years abroad, in cooking school, had given Rose a better sense about the business of feeding people. Emma knew only what she herself would like as a customer, and while other islanders flocked to the restaurant because of that, Winston pointed out that they weren’t making money by being so pleasing.

As Emma bumped her hip around the work table, Rose tied her elaborate braids into a scarf. The tattoo on her inner arm flashed – her signature rose. She’d been Lucinda Rose in high school, but since then she’d turned her middle name into a fashion statement: the tattoo, always wearing pink or rose prints, the perfume.

“Once you get past the onion and garlic,” Emma said lightly, retying her apron just the way her Mama used to and setting to work again.

Rose claimed a place at the table; they created a rhythm for their work. The kitchen fan droned and swirled the heat; fresh dishtowels became face mops; knives clacked; trays of sandwiches accumulated in the cooler.

Winston wandered into the kitchen as they were tidying up between tasks. Emma felt Rose straighten beside her and tried not to notice the earring adjustment, the smile. Instead, she looked at her husband, who was also grinning, and said, “Where you been? We need the drinks put on ice.”

“I’ll do it. I brought the fish. Gardner got two groupers and a couple mullet snappers. Big fish.” He swam his arm through the air, drawing a short laugh from Rose.

“Well, they sound fresh, but are they gutted and scaled?” Rose asked. “I don’t want to be doing that work in this heat.”

“Gardner gutted them, but they still got scales. Don’t worry, I’ll do it. Anything for my girls.”

My girls. Could it be? Emma couldn’t remember the last time Winston scaled a fish for her. She fetched the knife and watched him strut-amble to the fish table out back.

It was the same thing Rose said that first day they’d shared the kitchen. Emma had been excited to have her old friend back on island, and they’d spent an hour reminiscing and gossiping about old classmates. When Rose commented on Winston’s qualities as a husband, Emma was flattered, even though she knew his faults.

But the two were no longer giddy girls, and instead of the old friendship they found their differences. Emma chopped cabbage for cole slaw with a very sharp knife, making thin slices; Rose picked up a serrated knife and attacked the head with short bursts of shaving. “You go too slow,” Rose lectured. “Get it done!” But Emma couldn’t get the hang of it. The kitchen had gone silent.

Now it was silent again as Emma considered the most recent island rumors. Winston whistled—whistled! —as he brought in the scaled fish, and was that the hint of a schoolgirl curtsy when Rose took it? Emma also noticed Winston’s quick glance at her. Yes, he was at it again.

He was good to her, but Winston had always been an island tomcat, taking advantage of any sexual opportunity. Emma wasn’t surprised; it was common. Didn’t she have half-sisters and half-brothers from her father’s dalliances?

Her mother hadn’t given her any hints of how to handle a man’s infidelity. But then, how could she have, since Emma was only ten when Mama died? Her lessons had been more basic, tied to the kitchen. Emma grew up assuming that a “good island wife” was simply a good cook, until the schoolyard lessons that opened her eyes. Trouble was, those lessons were contradictory and erratic. Sometimes it seemed that only bad girls were rewarded with marriage and babies—not necessarily in that order.

She and Rose—then Lucinda— had discussed the issue countless times, trying to pry out the perfect balance. Winston’s apparent interest in both of them had threatened their friendship, but when Emma, always the follower and wary of the unknown territory of relationships, said, “He’s yours,” Lucinda had surprised her by choosing school over island domesticity.

Emma had won Winston, but with him came the hurtful rumors of infidelity. Worse, they seemed to reflect more on her than him. When the neighbors saw Winston with one of his sweeties, did they think she wasn’t woman enough for him? That she was cutting him off? That she couldn’t cook? Somehow, the last burned deeper than the others. And now here was Rose, back with her cooking degree, perhaps trying to sample what she’d missed.

What could Emma do? She knew of some prideful island women who had thrown their errant husbands out of the house, but the stories always ended with the man’s return and a village patting its stomach, gorging on all the juicy gossip. Emma was no showgirl. Besides, she knew she couldn’t run the restaurant herself. Winston didn’t do a lot, but the profits required both their efforts. “You’re lucky he’s around” rang in her head alongside another rhythm of words: son, daughter, restaurant.

No, it was best to let this go, keep quiet.

Her decision turned out to be a wise one. The successful catering job led to more of the same, and Emma and Rose were suddenly in demand, suddenly a team. They learned to work together, began to talk more easily about island goings-on. They shook their heads over the increase in feral dogs, speculated about politics, complained about the loud music from Clay’s bar, worried about Lakesha’s premature baby over in Dogtown.

Secretly, Emma also kept an eye on her competition. Rose was tall and thin, while she was tiny and curvy; there was nothing she could do about that, so instead of trying to look like Rose she accented the difference. She pulled old clothes from her closet that played up her breasts and hips. And when Rose flirted with Winston, acting coy and girlish, Emma became the earthy adult.

But Emma was ready. “And now you need to crack the coconuts, Winston. What’s a little conch without coconuts?” She shook her torso and Winston grinned harder.

The day came, though, when conch was nothing to joke about: For the governor’s visit to the island, the district commissioner ordered chicken wings and conch fritters for 500 people. And since nothing else was on the menu, Emma and Rose knew there would have to be plenty of both, as islanders weren’t shy about loading their plates.

The wings were no problem. Bought frozen, they could be easily baked, sauced and kept warm in the oven. But the conch needed to be fresh – knocked and prepared on the same day. Winston, Rose and Emma set up their plans early, enlisting several local divers, a pilot who would fly in more from South Caicos, plus extra kitchen help.

The unforeseen snag was with Rose and Emma.

“You’re not going to pound the conch!” exclaimed Rose when she spied Emma giving a mallet to the Haitian girl.

“Faster, but wrong. People want to be able to bite the conch, taste it. And if you grind you get too much of the mantle.”

“You been in Florida too long. Our people don’t like it that way.”

“Who you talkin’ to, girl? I from here.” Both lapsed into the local dialect as they argued.

That was just the beginning. Rose wanted to add tomato paste to the batter, while Emma preferred the plainer version traditional to the island. And when Emma brought out her big frying pan, Rose laughed and informed her that they’d be there all day unless they cooked the fritters in a deep-fat fryer.

There was no way out of it, no compromise. Instead, each made conch fritters her own way, and only at the end did they mingle the appetizers in the warming trays.

Quietly, however, Emma kept out a batch of her own and fried them up at the end, “for the kitchen girls.” She made sure there was a small plate left for Winston.

She hadn’t realized that Rose had also made a plate for him. Too late she saw the rival fritters side-by-side as Winston sauntered in.

“Uh, huh,” he said approvingly, dipping one of Rose’s fritters in sauce and downing it. “You all ready to go?” he asked, reaching for one of Emma’s.

“Yes, everything’s in the truck,” Rose answered, her eyes following the fritter to his mouth.

Emma watched, too. He cocked his head and gave a half smile as he tasted. He took a second fritter from Rose’s plate. Both Emma and Rose remained perfectly still.

“Let’s go, then,” Winston said. He scooped up Emma’s plate and walked out the door, finishing her fritters.

Rose didn’t move; Emma dared not even look at her. Instead, she locked her eyes on Rose’s plate with its puffy balls of seafood. Not the proper way at all, she thought. She followed her man. Son, daughter, restaurant.

Jody Rathgeb grew up in Western Pennsylvania. A former journalist and freelance magazine writer, she moved in 2003 to the Turks and Caicos Islands and began writing fiction. Her stories have appeared in several magazines and her novel, Fish-Eye Lens, has been published by Belle Isle Books.
Next: Self Defense »
Home | Archive

5 thoughts on “The Proper Way to Make Conch Fritters”