Nonfiction
by Carol Levine
As a lonely child growing up in upstate New York’s farm country, I spent a lot of time reading. Miss Betsy Keene, who ran our village library, introduced me to everything in the children’s section. One momentous day she allowed me to look through the books in the adult section, although she retained veto power over what I was allowed to take home. 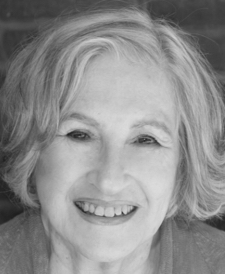 After mentioning Vladimir Nabokov in this story, I re-read his short stories. I found a depth of compassion that is overshadowed in his novels by his brilliant wordplay and challenging puzzles. I also read new biographies, which gave me to a deeper understanding of his hatred of anti-Semitism. This led me to write an essay comparing “Signs and Symbols,” a short story he wrote in 1948 with “Referential,” written by Lorrie Moore in 2012. So one story led to another, which is their power and their joy.

Carol Levine directs the United Hospital Fund's Families and Health Care Project, which focuses on developing partnerships between health care professionals and family caregivers (www.nextstepincare.org). She has been editor of The Hastings Center Report and founded The Orphan Project, which dealt with children of parents with HIV/AIDS. In 1993 she was awarded a MacArthur Foundation Fellowship for her work in AIDS policy and ethics. In 2014 she published two books, Living in the Land of Limbo: Fiction and Poetry about Caregiving (Vanderbilt University Press) and Planning for Long-Term Care for Dummies (Wiley).
Next: The First Steps »
Home | Archive