After Dad died, my sister Harriet and I moved Mom into a small apartment in Queens, midway between our two houses, so that neither of us would have an excuse for not visiting her with equal frequency. But as it turned out, Harriet visited Mom more than I did. That’s the way it is with mothers and daughters, right? Closer. In fact, now that we’re counting visits, it was worse than that. Because my visits to Mom were really not mine but my wife’s. My wife had a formalistic need to stay in touch with Mom. To drag the kids over there and make them play their pieces on her old scratched Steinway, to sneak into the kitchen while the kids were telling Mom their mean teacher stories and re-wash the dishes, which she said Mom had put away dirty. 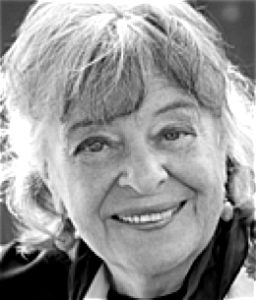 Author’s Comment:
“Marty’s Version” is a theatre piece, meant to be played. It is the product of a long marriage and the often unexpected and surprisingly powerful friendship of sisters-in-law.
Susan Dworkin wrote the New York Times best seller The Nazi Officer’s Wife, an amazing true story of love and terror in the Third Reich, with the woman who lived it, the late Edith Hahn Beer. Other books include Making Tootsie, the inside story of the film comedy with Dustin Hoffman and Sydney Pollack; The Viking in the Wheat Field about the great plant collector, Dr. Bent Skovmand; The Commons, a novel of our future; and Stolen Goods, a novel, recently re-published, about a woman facing the ethical challenges of a business career. She was a long-time contributing editor at Ms. Magazine. Dworkin’s plays have been performed in regional and off-Broadway theatres. She lives in the Berkshire Hills of Massachusetts.