Zebulon Herz, paddling his canoe along the edge of the lake, was listening to the warblers and thinking about the lilies of the field, when the great blue heron slowly rose from the nearby marsh. Zebulon always enjoyed his early morning paddle, the one time in his frenetic day he allotted for meditating or praying or daydreaming or watching. Lowering the little boat into the water, he tried to be as silent as possible. Once, the scraping of the boat on the sand had startled a bald eagle perched on a dead tree overhead. The bird had flapped away and Zebulon had cursed his clumsiness.

Today he paddled alongside the campsite where some campers were still asleep in their tents. He frowned. The campers had stretched a bright blue plastic tarpaulin over their cooking table, its ultramarine trapezoid reflected in the lake. It was beautiful, true, but shocking in a world of muted greens, grays, and browns. He paddled on, passing close beside a double row of warm, inviting rocks. No soggy towels forgotten by careless bathers marred their austere beauty. He slowed his paddling to admire the cool green moss in a tiny cove. He felt the sun on his back. Some mornings he saw turtles on a log or a rock. The family of ducks that slept in the marshy cattails was invisible. There was no sign of the loon, no sound either. Little shore birds chirped and pecked along the water’s edge.

Zebulon jerked back. A great blue heron lurched up from the marsh in front of him, so close he could see each feather, so big he felt afraid. Something limp hung from its long beak. He thought it was a fish, then saw it was brown with a white stripe and bushy tail – a chipmunk. The little furry mammal in that hard, pointed beak was a horrible surprise. The bird flew past and landed on the edge of the lake about twenty feet away. It walked deliberately along the shoreline, slowly lifting one great foot, then the other, and stopped. It pointed its neck and beak and chipmunk straight up towards the sky. Swiftly, like a hammer in an outstretched arm, it bashed the chipmunk against a rock. Zebulon heard a sharp thwack; the little creature’s skull cracked like an egg.

Next the bird dunked the body in the lake. It stretched its long neck to swallow the chipmunk, but couldn’t. It kept dunking the body and stretching its neck as far up as it could go. It shook the chipmunk’s wet body until it looked like an extension of its beak. Finally, it opened its beak wide and with a few huge gulps, sucked the animal straight down its throat. Zebulon saw the muscles contract and expand as the chipmunk traveled down into the heron’s belly. The Great Blue dipped its beak into the lake and drank. Then it folded its neck, rested its head on its breast and stood still.

Nothing seemed different. The sun had moved a little in the sky but the water in the lake was as calm as ever, the little birds still hopped and chirped, he was still in his boat. As far as Zebulon could tell the only real difference was that the heron was probably not as hungry anymore and there was one fewer chipmunk in the world. He sat still. “Nature red in tooth and claw” came into his head, but no, it hadn’t been like that. There was no blood, there was no struggle. Except for the flapping of the heron’s wings and the sickening crack of the chipmunk’s skull, there had been silence. Zebulon was silent. He didn’t know what he felt or thought. He ran through some possibilities. Was he

A sometimes Talmudist, he thought of one of the Gemara’s favorite questions, “What does it come to teach us?” A very good question and then, a chilling thought, “Does it come to teach us anything?” What had he seen? A bird was hungry and caught something to eat. That something had been alive and now it was dead. End of story. Not very interesting, really, and not unusual in the least. He was getting hungry himself and soon he would make his own breakfast. End of story.

No, there was something different. He was a witness. He had seen death. He could turn it into poetry. He could tell someone about it. The heron’s breakfast could go beyond the lake and become public. If he had filmed it, he could put it on YouTube. He could write an essay. The death would have meaning, or at least a longer half-life, might become art. A better quote, perhaps – “There is a special providence in the fall of a sparrow.” A moment of cold consolation before death.

Zebulon doubted that this was the chipmunk’s theology.

He sat a few minutes longer, watching the heron standing on the shore, not wanting to disturb it. But it was time to eat. He paddled to the beach as quietly as he could, but the heron rose and slowly, with imperturbable dignity, flapped away. Zebulon brought the canoe up on the beach and headed home. Years before he had walked in woods not too far away with his little daughter; she had been almost three. He had held her hand and listened to her proclaim with joy and authority, over and over, “And you know, Daddy, these things happen!” 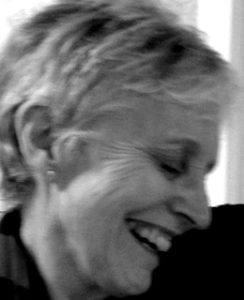 Author’s Comment: Not surprisingly as a rabbi and a hospital chaplain, I spend a lot of time thinking about suffering, dying and theodicy. This little story touches on those topics and leaves them hanging, as I believe they must be. I consider myself a process theologian so I can and must leave the big questions unanswered. As a chaplain and rabbi I watch many people as they die and in awe see them called back by the Divine, a moment that gives me great comfort. But Zebulon is not a rabbi or a chaplain.
Ruth Gais has a Ph.D. in Classical Archaeology from Princeton University and taught Greek, Latin and about the classical world for many years. She was ordained a rabbi in 2000 and directed the New York Kollel, Hebrew Union College Jewish Institute of religion's center for Adult Jewish Study until 2007. Since then she has pursued her interest in hospital chaplaincy and is now a certified Clinical Pastoral Education Supervisor. The loves of her life are her husband, Paul Needham, her three children, their partners and her two grandchildren.

2 thoughts on “The Great Blue”