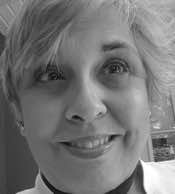 The summer I turned twelve, Mom went to work in town. I’d be alone at the farm for a few days during the week, with only Dad to look in from time to time. What I’d do with the time was the problem. I had no siblings; no one my age lived nearby. Daytime television was just soap operas, and I wouldn’t be able to hear it well. I couldn’t use the phone to chat with anyone who might call, because I couldn’t read their lips or hear the voices that well. No way to increase the volume. No texting on cellphones then.

No matter. Mom decided I should be reading novels to pass the time.

I liked school, except for long division. I liked History and Language Arts. And poetry. I had written my first story in fourth grade and it had been read to the entire class, my first authorial triumph. So it seemed I might be able to make my way in the world, despite not hearing most of it. But I didn’t like reading novels. Mom had loved Jane Austen when she was twelve, but I did not identify with the wit of Austen’s Elizabeth and Emma. Their subtle dialogues, and their observations of the social ironies of the drawing room, were beyond my ability to hear or comprehend. So Mom tried her other favorite book from when she was twelve, the sad tale of The Girl of the Limberlost. It was a foreign and alarming tale about an impossibly tragic girl lost in a swamp while moth hunting. I hated it.

Next, was Gone with the Wind. The title was intriguing, but there was no wind in the story, and Scarlett O’Hara seemed impossibly scheming. I didn’t like her. And the girls’ books—Anne of Green Gables or The Bobbsey Twins, those clever girls—I didn’t identify with, either. On my own, I had taken a flying try at Wuthering Heights, and found Cathy’s moaning searches for the mysterious and dark Heathcliff on the wild moors to my liking, especially the moors, whatever they were, but I struggled with its length and complications. So romance, intrigue, tragedy, sobbing heroines—all these were not my taste.

The first longer story I loved was “The Bear” by William Faulkner, cut in half for a sixth grade English textbook’s lessons on themes and character. It was about a boy and a big bear. I told Mom I liked that one. I liked the language of it, from beginning to end:

He had already inherited then, without ever having seen it, the tremendous bear with one trap-ruined foot, which, in an area a hundred miles deep, had earned itself a name, a definite designation like a living man.

An inheritance, a stew of names and times, and a lonesome search for a huge bear in a deep wild forest. All that appealed to me.

“So, it’s adventure stories,” she said. She brought me The Adventures of Tom Sawyer, a boy’s story. “It’s by Mark Twain. He’s from here, just over the bridge, in Missouri. He’s our own famous author,” she said. The classics were that important to her.

To be sure that I’d read it, we’d curled up on the couch and she read the first few chapters to me. Mom handled Twain’s Pike County, Missouri dialect perfectly. I knew that accent intimately. It was in my father’s deep voice, and in his own sly, half told stories. I liked the language of it, and the humor of Tom’s assessment of his aunt’s efforts to civilize him. And then she quit reading it.

“You’ll have to finish it on your own,” she said. I was devastated, but I was also hooked. After that, we got a library card, and ordered books that were brought to our rural route mailbox every two weeks. I became an avid reader that summer. Also an avid believer in all the possibilities of a life imagined by words alone.

I took a hearing test every summer; I never passed. There was no way to study for it, prepare for it. I dreaded taking the test.

“Now then, say yes when you hear a tone.” Those words the only directions. The hearing test closet was black as night, except for a narrow slit where the audiologist’s forehead could be seen, so there were no lips to read. No sound except a tone now and then. No way to know when it was coming. No air. My queasiness in the totally black soundproof closet had almost made me throw up the year before. This time, I was ready for it. I imagined an escape from ever taking the test again.

I had already learned what my hearing chart looked like, the Normal, the Mild, the Moderate, the Severe, and the Profound areas of it, by sneaking looks at it as Mom and the doctor studied it. I had always hoped it would get better, but the consensus was that it was staying the same, but not getting worse. It would stay the same until I was much, much older, when it would get worse. At that time, the wavering line never touched Normal or Profound. I had no idea how to make it reach Normal. But why not Profound? I might be able to achieve that.

I looked up the word. “Not hearing sound” was the second definition, but the first one was better: “Deep knowledge, beyond comprehension.” I liked that. If the lines on my chart ever reached Profound, I’d never have to take the test again. No reason to. My plan was to refuse to hear any tones in the closet.

It’s really hard to sit in a black closet and not hear any sound at all, not even a tone, for one wishes for some company in isolation. So I couldn’t do it completely, but more than a few times, I did. The result was that now the chart said my hearing was getting worse, when all the other times, it had been the same—steady, but flawed.

“She definitely needs hearing aids,” the audiologist announced when it was over. “The new transistorized ones would be perfect.”

“Just one would work. Which ear?”

“The left. She’s left handed.” Mom said, convinced she could pay for it on credit.

I hadn’t thought about that result, that profoundness meant wearing hearing aids. Those things were for old people. An old man had shown me one of his. It was waxy grey, and there was hair in it. It looked obscene. An old person’s ear. I didn’t want to admit I had two old ears, or even one.

The day of the fitting arrived. I planned to stay in my pajamas all day, reading. I had no intention of going to town to get it. By one o’clock, Mom was nagging. “Put your shoes on. It’s time to go!” And “It’s not going to be that bad, you’ll see.” And then, “We’ll take it back if it doesn’t work.” That worked.

I dragged myself to the car. “A hearing aid won’t hurt you. It’s not the end of the world,” Mom kept saying, as she drove very fast down the dusty road, passing the collie dog that always chased our car, veering onto the highway to town with her sullen daughter.

An hour later I was standing in the audiologist’s office, looking at the thing.

It looked disgusting. A black metal square with a flesh colored earpiece. “This will give you an extra ear,” the doctor said, chucking me under the chin, then picking it up and holding it before my eyes.

“Here are the batteries. They last about a week. You put them in like this. Watch.”

I jerked my head away. I didn’t want to watch. Tears welled up, threatening to drip down my cheeks.

“No one needs to know, hon. You can hide it under your hair. I’ll bob it. I’ll give you a perm,” Mom pleaded.

Then the doctor brushed back the stray hair that always slipped from my ponytail and attached the aid behind my left ear with sticky, two-sided tape. It was so heavy. It felt like a box of lies stuck to my head, for my lies about the test had brought me to this. Dear God, I’ll never lie again. Take it away. I don’t want it, I prayed.

“It might be too overwhelming, at first, when she hears all the noise on the street,” the doctor told Mom when my back was turned. I didn’t have to read his lips to hear that. I didn’t need to.

“It’ll take some getting used to, young lady.” He patted my head. Mom gave me a Kleenex to wipe my tears.

But when I stepped out of his office and into the street, the fuzzy buzzing edge of the whole wide world snapped to attention and clicked its heels.

Car doors slammed and car motors roared. Birds tweeted and a passing cat mewed. High heels clicked on sidewalks. Stray words that I couldn’t see were click, click, clicking down the street. “He’ll never get away with it,” and “It’s not funny, but…” Conversations could be heard, just floating in the air.

“It’s not too loud, is it?” Mom asked as we sped up the dusty road to home, the wind ripping through the car. Wind whistling and gone. That’s what Gone with the Wind sounds like.

“No. It’s not too loud.” My head was hanging out the passenger window, hearing the crazy barking collie dog chasing our tires down the road.

We hid the aid behind my newly bobbed hair, but sometimes it showed. “What’s in that box behind your ear?” said the scrappy, knee-scabbed, tin-voiced boy who rode the bus with me most of the way to school. “An extra set of brains,” I told him.

I still have not achieved Profound. Not yet.

Author’s comment: For me, remembering that frustrated girl that I was at that time of my life and then the gift of a hearing aid, as a result of my own machinations, which was one of the first transistorized ones, is a right of passage memory that predicts my future as a writer and as an academic. It is amazing to me that all this came together at that time of my life. Remembering it is very self-affirming.

Today Sally Nielsen is a retired college English teacher living in North Florida. She grew up on a family farm in the Mississippi bluffs of Midwest Illinois. Recent publications include “This Leave Taking” in Inside and Out, Women’s Truths, Women’s Stories, an anthology of women’s experiences with life and loss published by Story Circle Network, 2017. A piece about losing her hair to chemotherapy was accepted to “Readers Write” for The Sun Magazine, June 2017. She has written a memoir of her life as an HOH farm girl, an adult wife, mother and writer, and as a single woman who inherits the family farmland, called The Land Between Us. She enjoys painting, meditation, and her grandchildren.
Next: Covenant »
Home | Archive