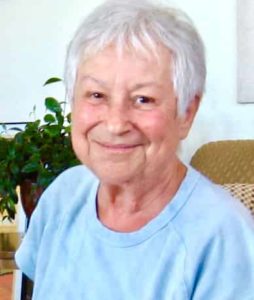 Marcia Freedman (1938-2021) was a member of Persimmon Tree‘s founding editorial board. Marcia served until last year as Persimmon Tree’s marketing and fundraising director, and was indefatigable in both roles, making a success both of ArtsMart and of Persimmon Tree‘s semi-annual fund drives. She published a political memoir, Exile in the Promised Land, an account of the establishment of second-wave feminism in Israel and her experience as a Member of the Israeli Knesset (Parliament).

When I met Marcia Freedman over thirty years ago to interview her for an article, I wasn’t expecting that she would become one of my closest friends. I had heard a lot about her accomplishments, including being a member of the Israeli Knesset for four years, and knew her reputation as an astute feminist thinker and a fighter for social justice. But after I interviewed her, we ended up talking about our daughters and our lives, and our friendship was formed. There were innumerable meals together, and walks, and even travel to France in the later years; and we were both members of a women’s group that still is in existence.

In 2006, when I began to think about starting Persimmon Tree, it was only natural that I’d talk over the idea with Marcia, who was the smartest person I knew in matters like this. She enthusiastically became part of the editorial board and did our fundraising and marketing while I was editor, and she continued with the magazine after Sue Leonard took over leadership. She contributed her time and energy because she understood the importance of showcasing the creative work of women over sixty – and also because she was a loyal, supportive friend. I will be forever grateful to her for sharing the vision of the magazine, bringing her insight to the project, and helping sustain it in the world. 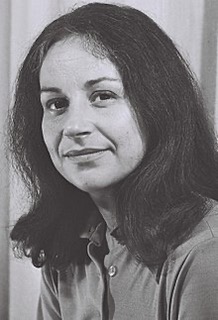 I was sitting in an auditorium between my beloved friend Esther Broner and her (and later to become my) beloved friend Marcia Freedman waiting to watch a preview of a new Lily Rivlin documentary. I turned to Marcia, one of the founders of a delightful magazine called Persimmon Tree and told her much I had enjoyed a recent issue. Marcia’s response? “How would you like to be the new editor?”

Well, I did not jump at the offer. Might the word flabbergasted cover my reaction? Marcia and Esther – who had collaborated on this ambush – explained that Nan Gefen, founder of the magazine, was ready to move onto other projects. For months, I thought about their offer. I wondered about my time, my skills, and my energy. Having retired after 45 years of teaching history and politics at independent schools for girls and having recently lost my sweet husband, I was probably ready for something new myself.

Nan and I talked about what would be involved; she tested me by giving me a story to edit. Apparently, I passed. About a year later, we moved the operation from its home in Berkeley to New York, but, thankfully, even though she remained in Berkeley, Marcia came with the package: Marcia who knew how to raise money to pay our webmistress and what to say in gratitude for the contributions; Marcia who knew how to mount Arts Mart; Marcia who embodied the founding spirit of this wonderful place.

Marcia quickly became my most reliable resource. Does this piece work or is it too oblique? Have we covered this topic before? Will this plot offend too many of our readers? What can you tell me about our readers? Have we lost/ gained/ kept the numbers where we hoped we would? Whenever possible, she joined our meetings (first by phone, later Zoom) with the entire New York team and chimed in with her history and her opinions. And Marcia always had opinions.

She was with us to the very end. She was a marvel. Good-bye, dear Marcia. You were a blessing to us.

3 Comments on “In Memoriam”