Equinox — and an Invitation to Readers
by Margaret (Peggy) Wagner 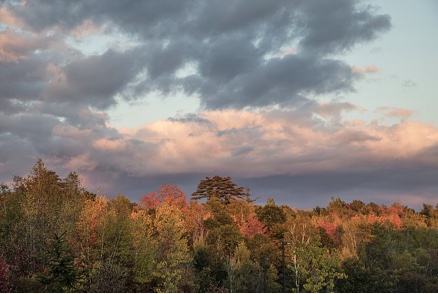 I’ve always looked forward to fall. I love the turning of the deciduous trees that indicates the end of one seasonal chapter and the beginning of another; the crisp autumn weather  characteristic of the areas where I grew up and now live; the certainty that in a few months new growth will pop out of soon-to-be-bare arboreal limbs. I know many others share that particular enthusiasm.

“Delicious autumn! My very soul is wedded to it,” Mary Ann Evans wrote in 1841, “and if I were a bird I would fly about the earth seeking the successive autumns.” She signed that letter to a friend with her own name. Yet the novels she began publishing nearly two decades later appeared under the pen name George Eliot; familiar with the literary scene of her time, she knew that only if apparently written by a man would her fiction be taken seriously.

Much has changed since the publication of her first novel, Adam Bede, in 1859. The prose, poetry, art, and music in this issue of Persimmon Tree are testaments to the growing power, recognition, and value attached to the experiences and vision of women, most especially older women — who proudly sign their own names to their creations.

Yet as the world turns and the seasons change all movement is definitely not forward. In the ecological realm, short-sightedness, desperation, and greed have combined to place the human race and the species with which we share the planet in danger from repeated environmental disasters. 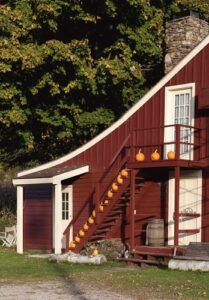 In the United States, as the midterm elections approach, the representative democracy whose multitudinous imperfections many women and men have striven to mitigate over the past two-and-a-half centuries seems in danger of devolving into a mockery of democratic principles. And, as part of that devolution, especially after the Supreme Court decision in Dobbs v. Jackson Women’s Health Organization, the rights and recognition for which American women have fought so long — for which we still fight — are also in jeopardy. (Watch for Persimmon Tree’s special issue on women’s rights, to be released later this fall.)

The autumnal equinox is a turning point: day and night are, briefly, exactly the same length. In the life of the planet and American democracy — and the movement toward equal rights for women within that democracy — we are also at crucial turning points. I invite you to write me at editor@persimmontree.org, from now until Wednesday, October 12, expressing  your views about the current state of women’s rights in the United States — in all realms, including business, politics, and sports, as well as control over one’s own body. (The subject line for these emails should be “Rights Forum Comment.”) Persimmon Tree will publish a selection of these comments in a “Forum” we’ll include in our late-October special issue.

In the meantime, enjoy the rich array of creative achievements in our fall issue. And enjoy the fall! I salute you all, 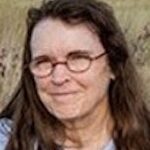 Carol M. Highsmith’s collection of images resides in the Library of Congress in Washington, D.C., the largest library in the world. (The Highsmith Collection may be accessed through the Prints and Photographs Division’s online catalog.) She is fortunate to be the only living person whose work is included in the 21 featured digital collections. Highsmith and her husband (as well as Highsmith’s camera) travel throughout the United States about eight moths a year, logging about 40,000 miles annually. 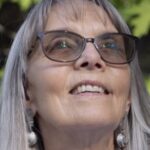 Nancy Hage whose water color can be seen on this issue’s Table of Contents page, writes that her art journey started in college when she was required to take an art class. Before that, she says, she had been searching for a path that fit, but had found nothing resonated. Surprisingly, art resonated and continues to pluck at her heart strings. The medium she uses has changed off and on over the years – beginning with mostly clay and sculpture to where she is now… strictly watercolor. The outdoors continues to be her main inspiration. She views nature as the source of all her creativity. It’s a pleasure to share what she love with the Persimmon Tree community.