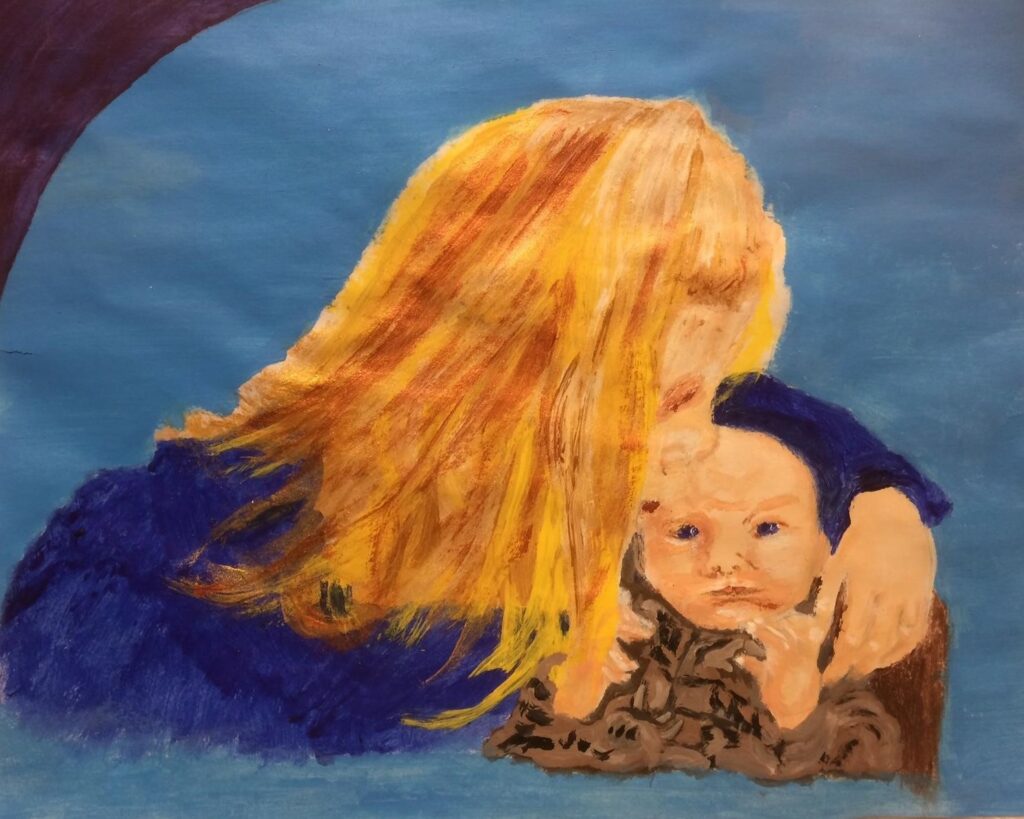 Welcome, acrylic by Lakshmi Gill
I had my first baby, a girl, in the fall of 1969.  I was twenty weeks along in a difficult pregnancy that ended in violent cramps and blood. My daughter weighed a pound.

In those days there was no high-tech equipment for such tiny preemies. Even today a child born that early is at great risk. The doctor said, “If she lives for twenty-four hours, then we’ll try to feed her.”  He meant to say, tactfully, that she wouldn’t last that long.

I didn’t ask to see her before they took her to the nursery. I had not really been ready for a child. In the late 1960s, young women like me were busy being “liberated,” acting rationally, pursuing careers that had just opened up to us, if only we would devote our energies to them and keep childbearing in its place. I thought I was being strong.

The year before, my friend Cara’s first son had been born with a hole in his heart.  Today, the defect would be corrected with routine surgery. Then, it was more complex. Cara didn’t look at him before he was air-lifted to a larger hospital. If he survived, there would be plenty of time for bonding. But he didn’t survive. The day he was buried, Cara asked me to come sit with her at home so she wouldn’t have the memory to deal with.

I, too, was wary of memories. Cara had named her son Justin. I never named my daughter.  Sometimes, later, I thought I would, secretly. But it seemed too late.

At the hospital, an aide from housekeeping came into my room to empty the trash.  “I saw your baby in the nursery,” she said. “She’s cute.”

The comment was such a shock that I couldn’t speak. The aide must not know, as I did, that my child would not be in that nursery for long.

Even then, I didn’t ask to see her. I did not imagine what it must have been like to be alone in that nursery, struggling for breath, without being held. I had lost a lot of blood and was being given a transfusion. It didn’t occur to me that I might have been wheeled down to the nursery all the same. I was focused on getting through the day, not showing weakness, not falling apart.

My daughter lived twelve hours. The next day, after I was released, a woman and her husband stood next to us on the elevator to the lobby, their infant wrapped in a blue blanket in the woman’s arms. It was the hardest elevator ride of my life, remaining composed until the happy parents walked ahead of us out the door and into the sunshine.

I didn’t learn about my grandmother’s loss until she was in her eighties. She had two daughters and one son, my uncle. I don’t remember how the subject came up of the other boy she had borne, who had died in infancy. “I still think about it,” my grandmother said. “What would it be like if I had another child.”

In time, Cara and I both became mothers of vibrant, healthy children who grew up and had much-loved children of their own. But every year I mark my firstborn’s birthday, though there is no grave to visit and no name to call her by. I still wonder what those twelve hours were like for her, in her incubator, her lungs too immature to breathe. I wonder why I didn’t touch her, whisper words of comfort, shower her few difficult hours with love.

If I had to do it again, I would hold her.

I would give her a name. 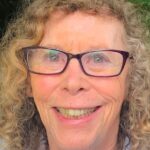 Ellyn Bache is the author of nine novels, one of them, Safe Passage, made into a movie starring Susan Sarandon. She has also published dozens of short stories, some collected in a book that won the Willa Cather Fiction Prize and another celebrating her women's magazine fiction. She has four grown children, fifteen grandchildren, and a cat that bounds onto her bed to wake her up at 11:25 each night. 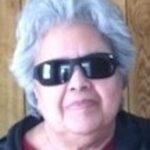