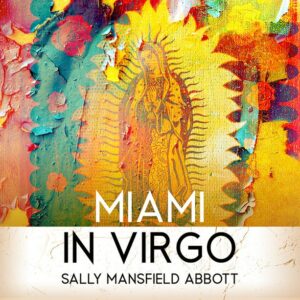 A disturbing encounter with a hermaphrodite at a county fair presages teenage Miami’s loss of innocence in 1970’s California. MIAMI IN VIRGO is a literary fiction coming-of-age novel narrated by precocious seventeen-year-old Miami.

She and her friends form a tight-knit circle practicing feminist Wiccan ritual, as her childhood fundamentalism casts a long shadow.

Conflicts with her friends over boys threaten their newfound feminist solidarity. An anticipated trip to a women’s demonstration devolves into a nightmarish questioning of her sexuality, further fracturing her friendships. An ill-fated romance at a Halloween party becomes thoroughly spooked when Miami winds up exiled in her new family after her mother’s remarriage.

Her peccadilloes take on a spiritual dimension and she goes through a soul-searing scrutiny which eventually leads to the resolution of her conflicts through the deepening of her character. The twists and turns of her fast-paced story make a compelling read.

Order the book, on Amazon.

Learn more about the book and its author: https://miamiinvirgo.com/