Ms Me
by Mary-Lou Weisman 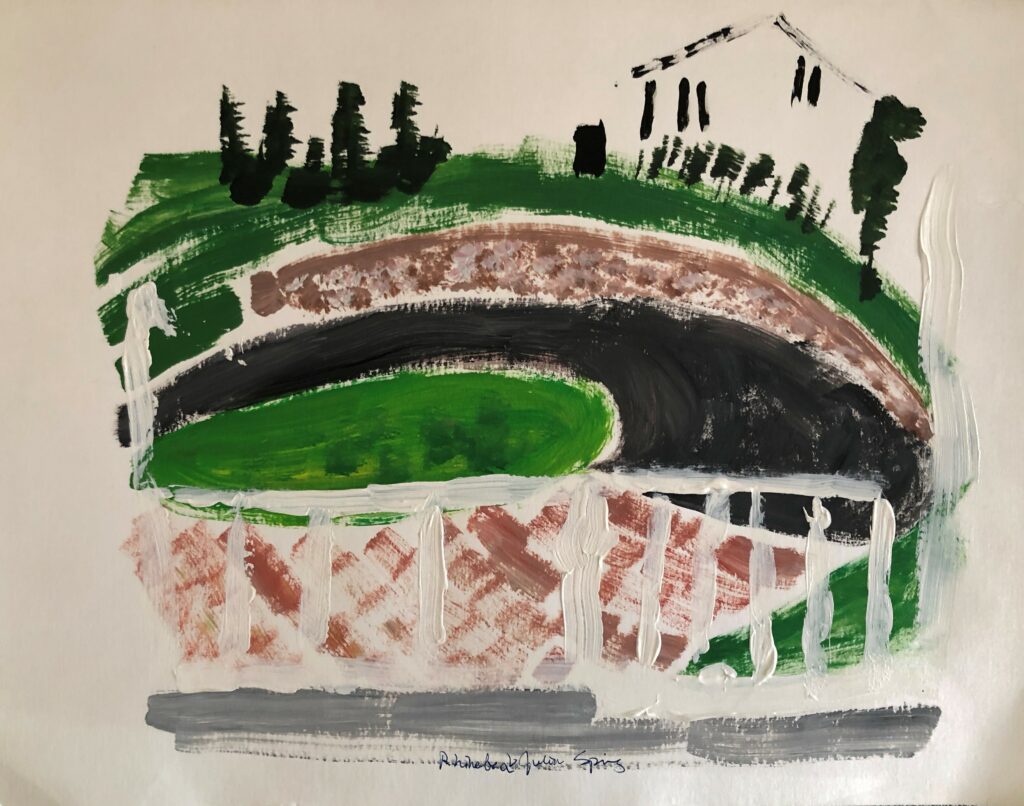 Rhinecliff, painting by Julia C. Spring
The notion of male superiority was bred in my bones. I was brought up in the ‘40s when women were expected to take second place to men in nearly all spheres of life.

Male superiority was modeled by my parents, and it was evident in my dollhouse, where I always placed Little Mommy in the kitchen and Little Daddy at the head of the table. The fact that our male classmates were physically stronger and yelled more on the playground was evidence enough.

My father had two daughters. He had wished for sons – they would be more like him – but he handled the genetic downgrade with grace, and put his energy into making us into ideal women. My mother helped by reminding us that it was just as easy to marry a rich man as a poor one.

When we were too rambunctious for his liking, Daddy would say, “Now see here, young lady.” When we cried, he’d call us “hysterical.”

Decades before Margaret Atwood wrote The Handmaid’s Tale, my father – with nothing resembling forced procreation in mind — taught my sister and me that we should be “handmaidens” to our husbands. He actually used that word. What he had in mind was ladylike subservience.  Of course we should disagree with our husbands when we thought they were wrong.  After all, as bright, well-educated women to be, we should express our opposing wishes and opinions rationally and frankly. But, if we couldn’t agree, it was our feminine duty to fold.

Years passed. The next stop on the parental plan was high school and then college, where, like so many women of my time, I majored in English Literature. I had completed the next thing I was supposed to do.  Now what? I got married.

I went to work as a clerk-typist in a New York publishing house, where I earned $62.50 a week. After two years of working way above the demands of my job description, I gathered up my nerve and asked for a raise. Raise denied. Why? Because, as my boss put it, “Good as you are, I can always find another over-qualified English major who would be happy to take your place.” Now what?

Discouraged, I quit and had a baby. And then, as if I were determined to dig myself even deeper into a life of handmaiden-hood, I had another.

While second-wave feminists marched, called out macho men, went to work in suits and blouses with pussycat bows, tried to pass the Equal Rights Amendment, and called themselves “Ms,” I discontented myself shopping, cooking, cleaning, and changing diapers.

It wasn’t until I was thirty-three years old that I committed my first feminist act. It was August 26, 1970. That was the day the late Betty Friedan declared a women’s march for equality. She named the protest “Don’t iron while the strike is hot.” Thousands of women crowded New York City’s Fifth Avenue, and who knows how many men’s shirts lay damp and crumpled in laundry baskets throughout the nation.

That was also the very day I had spent way too much time belly down alongside my two little boys, having a terrible time pushing matchbook cars across the rug, trying to mimic their slurpy, vroom-room noises. Meanwhile, my husband, Larry, was at work, talking to grown-ups.

Now, fifty years later, I suspect hardly anyone but me remembers that strike. It was also the day that Catch 22—a movie my husband and I were eager to see—was playing at a theatre in Connecticut, a coincidence that bears no relationship to feminism or Betty Friedan, except if you’re me.

That evening I secured a babysitter, fed the boys, put them to bed, and waited eagerly for the crunching sound of my husband’s car on the gravel driveway. Together we drove to the movie at the multi-screen movie theatre in the town of Orange, Connecticut, about 25 miles and one tollbooth away from our home.

When the movie was over, we searched for and eventually found our car in the massive, crowded parking lot. On his way to the exit, Larry immediately succumbed to his usual vehicular impatience, dangerously cutting around every parked and moving vehicle in his way as if he were driving a bumper car. I complained. He persisted.

My entreaties continued until he stopped the car abruptly in mid-swerve and announced, “Okay. If you don’t like the way I’m driving, you drive.”

Thus challenged, I switched places with him and drove with impeccable courtesy and care. Once I arrived at the parking lot exit, I didn’t know which way to turn. (The region of my brain that controls spatial cognition is the size of chickpea.)

“You’re the driver. You’re in charge. You figure it out.”

Anger simmering, I turned right, which I soon realized was wrong, and corrected direction at the next exit. Larry remained stonily silent. So did I until we approached the Stratford tollbooth.

I pulled up to the window and announced to the toll collector, “This jerk here, my husband, won’t give me a quarter.” Larry didn’t move a muscle.

Cars were piling up behind us. The unhappy toll collector waved me through and told me to wait in a large, paved area to the right of the highway.

We waited in adamant silence for a minute or two until Larry could no longer sit still. He left the car and, hand in trouser pocket, headed for the tollbooth. I watched as he placed a quarter in the collector’s hand.

Suddenly, unbidden by thought, a powerful urge to act took hold of me. I shifted into first, gunned the accelerator and took off. I watched in the rearview mirror, laughing with glee, as Larry stood at the booth, his face a rictus of unmitigated amazement.

I shifted into second, then third, my body surging, trembling, electric with excitement and pure power. There was no turning back. By the time I cruised into fourth I was a feminist. By the time he thumbed his way home, so was he. 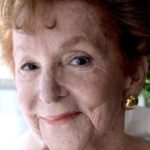 Mary-Lou Weisman started her nonfiction writing career as a journalist for a local newspaper, then as an essayist and feature writer for The New York Times, The Atlantic, and other national magazines. She has taught memoir and personal essay writing as an adjunct professor at The New School and currently at her local library. Ultimately she abandoned magazine writing in favor of writing books. She thinks of herself primarily as a satirist, although two of her five published books are as serious as she knows how to be. www.marylouweisman.com

Mary-Lou will be Persimmon Tree Guest Columnist for 2023, starting with the Winter issue, December 2022. 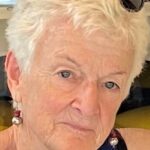 Julia C. Spring is a social worker/lawyer specializing in adult guardianship and mental health law.  When her professional articles started leaning toward the personal, she began writing memoir essays which have been published in journals including Snapdragon, Kaleidoscope and Intima.  Other artwork and a piece about her experience in Uganda have appeared previously in Persimmon Tree.

Next: The True Game of Tennis »
Home | Archive