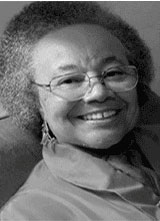 Gettin’ Sixty: Notes For The Future

On one of those especially life affirming days, a spider danced down from the ceiling in my writing cave and plunked right on the month-to-month calendar in front of my computer. Sitting at my desk on my ergonomic ball, I marveled at her dance as she bounced back up to the ceiling, delighting me. While I don’t pet or keep spiders, I’ve always loved them. I wondered how “Her Spiderness” saw me.

Some days I do life with ultimate exhilaration and clarity; others I can barely sort the dung from the diamonds.  There are days my bones throw me out of bed without the slightest rattle.  Then there are those I have to cajole, beg, plead, and plead some mo’ for my bones to cooperate with the rest of my body to right me up. From time to time, I also have little cell chats to check in and see how them molecules are doing.

But fifty-nine and five-sixths of the way to crusin’ cool into sixty, I had a major joint malfunction and it took more than nine weeks to secure an effective treatment. A golf ball-sized cyst showed up behind my left knee into which the synovial drained. I went Zen, invoked mind over matter, visualized a healthy knee, only for the pain to go from feeling like somebody was repeatedly shooting a bullet into my knee to feeling like it was being stabbed—repeatedly.  When the doctor suggested Advil, I started taking three or four a week. Prior to that, an occasional aspirin was about the strongest medication I’d ever taken.

I vowed for my birthday, I’d be giggin’ and jiggin’ to a spirited tune, so I dragged that leg four days a week to the swimming pool, jabbing pain and all, worked it and worked it, and worked it some mo’. Although I still have a slight limp, I’m finally able to sleep through the night and I feel much steadier on my feet and in my spirit.

Chocolate City now has a thick vanilla icing, but I’ll always be a Chocolate City Momma at heart. My parents’ roots are tied to the red clay of Southwest Georgia (Cuthbert and Vienna), though I was born in Washington DC. There I was socially and intellectually shaped by my father, a Girl Scout leader who was fearless, and the city’s mostly-segregated public schools. I was in fifth grade before I learned to read; my Girl Scout manual was my book of choice.  I could relate to learning how to make a fire, find my way through the forest, and build vital relationships and networks with other girls. I could not relate to stories of girls under hair dryers, sitting and pining for boys, and tales of “savages” that were standard in the texts of that era.

My southern roots, combined with my Up South experiences, grew me well.  I had great teachers and now realize how well-educated I was. Those wonderful teachers in the mostly segregated schools I attended in DC, and the formidable professors and mentors I later had at Fisk, taught me into my callings.  But it was not until I “attended the University of Drum and Spear” that I even began to understand who Killens, Douglass, and Bontemps really were.

My mother had a much more formidable role in forming me as a woman.  I listened to her discuss her workplace challenges and saw her dispute and deal deftly with many “wifely” duties.  I also saw her insist on her creative powers as a textile artist and watched as her life shifted dramatically after she turned fifty. Not only do we share membership in AARP, but we’ve known each other sixty years!

Mom and Dad brought home history through their jobs as civil servants, as well as Daddy’s second job as a private butler.  From my father’s stories of what went on at embassy cocktail parties, high level functions in the homes of congressmen, and nuptials of the ruling class, I learned early on how Washington ran and who ran it.  Mom’s work as a clerk in the State Department afforded me the opportunity to gain some interesting insights into foreign relations, and I heard about the fascinating interaction she had with UCLA scholar Bobby Hill and his research on Marcus Garvey.

When I turned fifty, I committed myself to working what I felt was the most important muscle in my body—Da Brain.  Although in some ways I’m a technological troglodyte (TT), I work hard to hold onto as much memory as possible.  It took me three cell phones and two palm pilots to get the hang of those techno tools then I decided I didn’t want to give my power over to them.  I still use the cell phone, but I had to let the PPs go; retrieving memory from my own hard drive is crucial for me. I’ve learned how to put my own mind back together, once it’s been shattered, but reconstituting the contents of a Palm Pilot would be devastating.  And while the mantra of many is work that body, mine remains work that mind—first.  But hey, I’m open to becoming more technologically sophisticated, so when you see me wearing a PP as a skin patch, you’ll know.  I figure this technology is moving so fast that literally, folk will be wearing PPs in their hands.  My grandchildren will be globally navigated and their children will have GPS implanted in them at birth.

In the depths of my cranial crevices and caverns, long-held secrets are on deposit, black woman magic, and stories of struggles that changed lives.  I also have crates of letters from many friends and return to the basement every so often to read and reclaim the brilliant, bold, and bodacious moments we’ve shared. I have a bounty of sometimes hysterical stories. One involves meeting Fannie Lou and listening to her gush over her friend Harry (as in Belafonte) and another recalls professed vegetarians who ate cured ham at our wedding, declaring it Native American turkey.

I’m eager to see so much more of the world.  I want to go to the Seychelles, return to Paris with my granddaughter when she’s fifteen, and bop on down to Brazil one of these days.  I’m eager to do Rikki Stevenson’s Black Paris Tour and explore beyond the Champs Elysee with Karen Sharpe.  My first tastes of Vietnamese food came during my 1971 trip to Paris.  My palate was delighted by fragrant flavors and spices like none other I’d ever tasted.

My tongue lingered on every piece of lemon grass and ginger.  And the marriage of Vietnamese cooking and French cuisine was absolutely stunning.

While I still maintain a deft culinary hand, I’m at a juncture in my life where writing and breathing are equal.  If I go too long without nurturing my craft or mining my creativity, my breathing becomes anxious. I continue writing my social commentaries and poetry, and completing a memoir on my 30-year literary friendship with Gwendolyn Brooks. I look forward to returning to two novels I began writing in the early nineties.  For the past six years, I’ve also served as a writer for Major League Baseball’s Breaking Barriers, In Life, In Sports. The opportunity to be creative in ways I never anticipated is thrilling. And now I’m also involved in a project capturing part of the social history of Washington, DC through those who attended games, played, and worked at Griffith Stadium.

I hope to earn a couple more self-reliant decades and long to see my mother become a centenarian; she’s well on her way since the gene pool, her health, and her attitude are on her side.  I yearn to see my daughter Anya into her maturity and experience my grandchildren as adults.  And I’m unwavering in my commitment to see a solid and incredibly intelligent woman put everyday Democracy into practice from the White House. I ask that you join me in forging the path for her journey.

Through the privilege of earning points on life’s bonus plus plan, I’m now part of a quartet, Four Generations of Muse Women (FGMW): My mother, Betty Goshen Muse, soon will turn 83; Anya is looking up into thirty-two; and Maelia will greet twelve. And  on October 27, 2004, I will turn sixty giggin’ and jiggin’ with bones and spirit in the ready.

Two years later, going over these notes, “Her Spiderness” drops down from the ceiling in my writing cave once again, does her eight legged dance across my calendar and rappels to the floor.  I’m sure I’ll find her in the pages of a book soon.

Daphne Muse is engaged in the gratifying work of promoting civic engagement, service learning, and leadership among students at Mills College in Oakland , California , where she is the director of the Women’s Leadership Institute.  In 2004, Muse was selected as a Forever New Frontiers radio essayist, and commissioned to write an essay on Pulitzer Prize-winning poet Gwendolyn Brooks. Her social commentaries air on National Public Radio, Radio One, and Pacifica stations across the country. She is also the author of four books, including The Entrance Place of Wonders: Poems of the Harlem Renaissance (Abrams 2006, Ages 4-10).  Muse loves sporting sixty+.
Home | Archive | Issue: Spring 2007
Next: On Ruth Stone »