Photography: Look at You Loving Me
by Melanie Manchot

Editor’s Note: In this inaugural issue we are pleased to feature Melanie Manchot’s remarkable photographs of her mother Margret Manchot. We thank her gallery, FRED (London) Ltd., for allowing us to reproduce them. The process of making these photographs required extremely close collaboration between mother and daughter. Because of this relationship and the power of the work, Persimmon Tree decided that the photographs were appropriate for the magazine. In the future we will occasionally include intergenerational pieces such as this under the heading of “CrossTalk.”

Melanie Manchot’s Notes on look at you loving me : In 1995 I asked my mother whether I could photograph her naked. What followed became an unexpectedly prolonged process of working together on a series of projects that lasted until 2001. The aim of this work is complex, but the project initially arose out of the desire to make images with a woman who through the sheer process of getting older was considered beyond such categories as beauty, sensuality, attractiveness, and who, along with a vast majority of women of her generation, was now at the margins of visibility.

The body of work, look at you loving me, consists of large-scale, bigger than life-sized black and white photographs printed onto canvas and worked on afterwards with a range of mixed media. Through this specific process, the work consciously seeks to establish a dialogue that is anchored within the photographic, but aesthetically engages with the histories of painting and drawing and the long trajectories of the representation of women within these practices.

Margret Manchot’s Notes on the Collaboration: Our collaboration began when we were on a trip to Vienna together. Melanie was searching for new ideas about how to represent women – and in fact not young, beautiful women but aging ones. In the beginning, it was difficult for me to be displayed publicly, but over time I got used to it – and even started to identify with the whole process and its results. 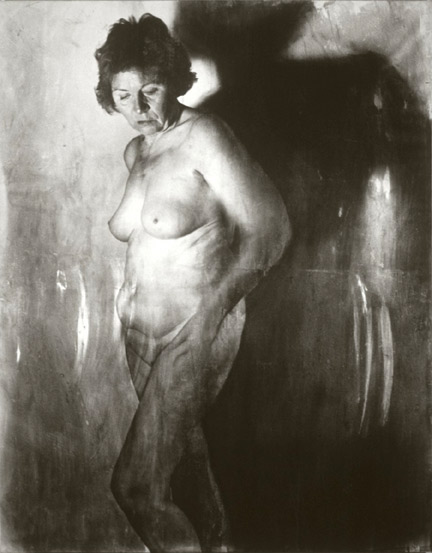 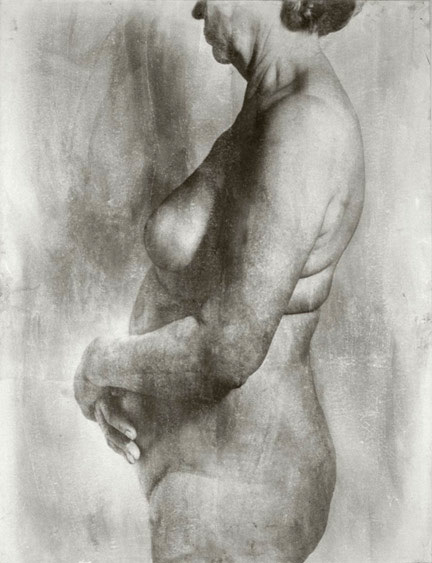 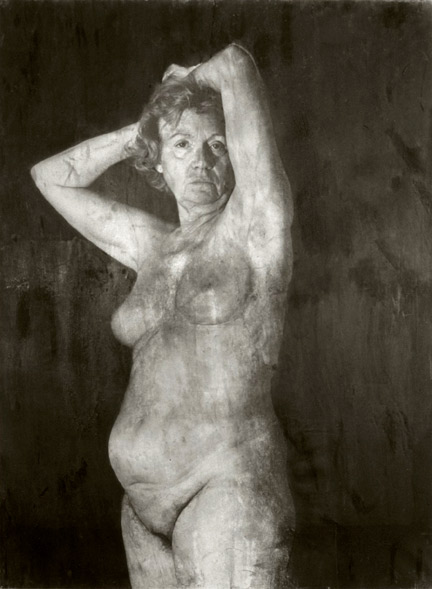 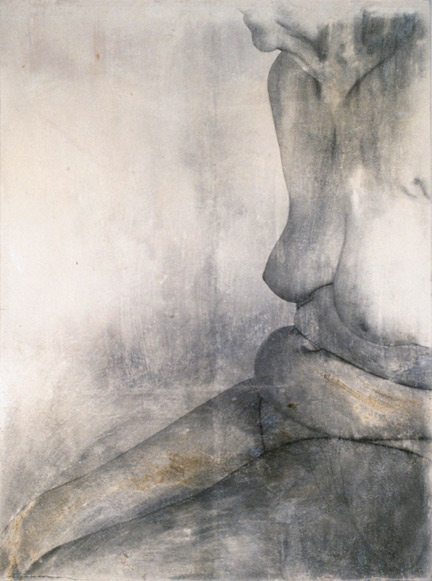 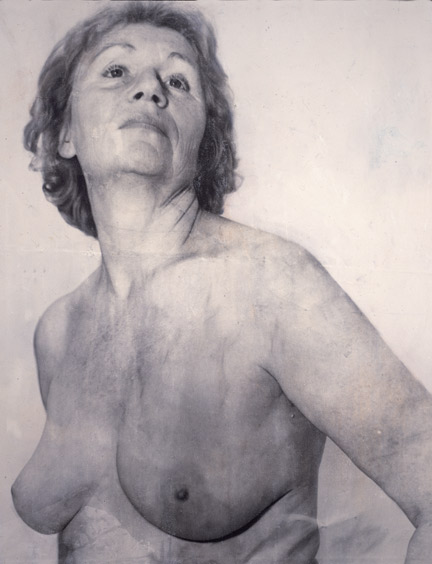 3 Comments on “Photography: Look at You Loving Me”