Learning from Liberace
by Mary Watkins 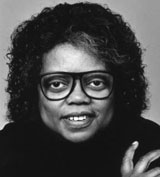 A classical composer and jazz pianist reveals an unexpected turning point in her career.

Up until junior high in Pueblo, Colorado, where I grew up, I mostly played the piano in our church in Pueblo. I was asked to do it when Sunday school classes recessed and all the children came together for singing. “Bringing in the Sheaves” was the hymn I had to play almost every Sunday, and to this day I have a serious problem with it.

In this, however, I was acquiring some very fundamental skills. I had the natural ability to hear music on a deeper level, and I learned as an accompanist to listen to others, rather than listening only to myself while playing. I knew how to follow a singer while at the same time leading. There were a couple of good pianists at our church, one of whom had seriously studied music at Oberlin College in Ohio as a young woman but had recently returned to Pueblo. I was just ten years old and quite inspired by her piano playing, and after listening to her at few Sunday services and at choir rehearsals on Thursday nights, I started borrowing—some would say “ripping off”—some of her ideas. As I got better at it, I dared to play something at church I had heard her play, just as she had done it. Later that afternoon I received a telephone call from her. “I was so surprised to hear you today,” she said. “I was just startled! Why, I thought I was hearing myself play!” I was very proud of this—and glad she wasn’t angry with me.

Then one night I turned on the TV to see a strange man wearing a tuxedo, his thick flock of dark, wavy hair swept back, his torso slightly bent over the keyboard of an open grand piano graced with a candelabra. He played the Prelude in C# Minor by Sergei Rachmaninoff, then Malaguena by Ernesto Lecuona and a host of other popular classics. Listening to him, it occurred to me—on a deeper level than I normally perceived—that I had a kinship with this man: I too was a pianist. As I watched him flash smiles at the audience and wink at the camera, his chubby fingers racing back and forth across the keys, gesturing theatrically at the end of a phrase, lifting an arm forcefully into the air, I decided that maybe if I practiced hard enough I could do what he was doing!

Thus my dream of becoming a professional musician was born.

I had listened to the radio for years, but heard very little classical music. What I hadheard took me to places within my psyche that could bring up a well of emotions that sometimes frightened me. Tchaikovsky caused me to see and feel dark colors like cranberry red, rich greens, and purple. His music, along with the music of many other composers from the romantic era, caused me to think about things such as suffering, loneliness, the purpose of life, and death. It was as if I had lived other lifetimes and was being taken back into them through the music. In some ways, I did not relate to the images it brought to mind because the music was Old European, but on another level I very much accepted it to express parts of who I felt myself to be.

I knew that in order to play the classics and play them well, I would have to create a reality other than my normal, everyday way of being. Liberace was my mentor. I watched him religiously every Sunday night; that kept my motivation to practice alive. It also made my mother very happy.

My desire to become involved in musical activities at school and in the community then became awakened. Once I entered junior high and met other students who played well, I often felt secret shame that they were doing what I knew I should be doing and actually could do better if I came out of hiding. But until Liberace, I couldn’t make that shift. Now I suddenly emerged from anonymity and began letting my teachers and the other students know I could play. I took pride in being a musician, playing the piano in assemblies and special shows, playing trumpet in the school band, and sometimes playing trumpet solos in school assemblies.

I still had the same piano teacher, Aunt Edith, who I had when I took my very first lesson at 3 years and 9 months. She was not a trained professional pianist or teacher, and by the time I was ten years old, she really didn’t have any idea what to do with me. But now I was choosing what I wanted to play and how I wanted to play it. Finally Aunt Edith and I decided that I would enter a classical piano contest. There were five contestants, and out of those five there would be a first-prize and second-prize winner.

So, here I was, about to enter a world that was very new to me! Besides not really knowing the standard repertoire for young classical piano students, I really didn’t know how to practice. I didn’t know there was an actual method of approach, tested and proven, to technical mastery. I also had no idea that I wasn’t supposed to embellish on what the composers had already written. Following the example of Liberace, I thought nothing of filling out a chord by adding a note here and there if I so desired, or even changing the chord—as long as I eventually got back to the actual notes the composer had written. There were no recordings of any of the great repertoire in my home or the homes of people I knew, so it wasn’t like I got to hear this music performed on a daily basis. We didn’t go to concerts because “colored people” were only allowed to sit in the most disadvantaged section of the balcony in those days. It was only on Sunday nights on the Liberace show that I was able to watch and listen to a master playing classical music.

The day finally arrived when I was to play my solo piece at the piano competition. I handed one of the judges, who was a Catholic priest and appeared the least intimidating, Schubert’s “Ave Maria.” This was so he could follow the music as I played it. With the greatest display of confidence, I walked briskly to the stage, bowed, and sat down facing the huge black 9-foot Steinway & Sons grand. I positioned myself carefully, adjusting the piano bench, focusing on the pattern of black and white key design stretched horizontally before me, beckoning my touch. For a moment I imagined myself the female Liberace taking command, wooing the audience, dazzling them, blessing them with my special rendition of “Ave Maria.” After taking a deep breath, I began, filling the room with a flowing style of richly arpeggiated chords accompanying that familiar melody of sweet longing and adoration. Soon I was the observer, looking on as a swooning member of an adoring audience, lost in the wonder and beauty of the rippling Schumanesque harmonies flowing into the hall, working their way into the hearts, souls, and minds of the listeners. The only missing detail was that I wasn’t wearing a tuxedo. Looking back, I’m sure the judges were at least somewhat confused, wondering if I had given them the wrong music—or perhaps was playing a version they had not yet heard.

I won second prize, which was a season ticket to the Pueblo Civic Symphony.

I was not at all happy about this: I should have won first. After all, I was far more interesting to listen to than the winner, I thought. The girl who won first prize and received $150 had been a grade-school friend of mine; her father played principal oboe in the local symphony orchestra. The judges assured me that I had won second place and not been disqualified because I had played very well, displaying good technique and a fine musical sensibility. They also insisted that since I displayed obvious “creative ability,” I might have a very bright future in music, especially if I went to someplace like Hollywood. The priest kept saying, “You could make a million dollars doing what you do!”

I left the competition that day determined to study with a professional piano teacher. And as I mentally reviewed the past three years and my newfound enjoyment of playing the piano, I slowly began to understand for the first time that what I was supposed to be expressing in classical music was not me—who I was—but the soul of the composer whose music I was playing. I wasn’t quite sure how I felt about that. But I had no doubts about Liberace: he had set me on the path to my lifetime’s profession, and I remain grateful to him to this day.

Mary Watkins is the recipient of several granting foundations, including Meet the Composer, National Endowment for the Arts, Zellerbach Family Fund, and California Council for the Arts. An eclectic composer, she is also a pianist, arranger, recording artist and record producer. She has composed solo piano for adults and children, wind ensembles, string quartet, chamber, and full symphony orchestra. She has also composed for theater, dance and film, most recently for "Tillie Olsen—A Heart in Action." She conducts improvisation workshops, teaches piano and music theory privately in Oakland, CA.
Next: Going Back »
Home | Archive