The competition for this issue of Persimmon Tree elicited nearly 270 unpublished poems by ninety women over the age of sixty, writing about their experiences and observations in poems that varied in subject and form. One of the pleasures of judging such a contest is discovering good writers previously unfamiliar to me. Another is finding poems that stick—their images arresting, their language ineradicable, their journey worth the ride.

The best of the entries appear below. As you’ll see, these ten women offer poems that underscore the potential power of poetry to evoke felt experience. While the titles of these poems are relatively simple—half comprise only single, mostly abstract, words (sustenance, ant, caution, depression, solstice)—the poems themselves are anything but simple or abstract. Each offers up a microcosm of the recognizable world, delivered astutely by a percipient and talented writer.

I’ve arranged the poems alphabetically, according to the last name of the author. They are followed by a recent poem of my own, included in Woman in the Painting(Autumn House Press, 2006). 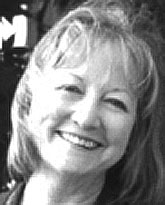 On the beach a man reads, munches
sunflower seeds. A woman walks,

over a heron’s carcass, crouching below
a cloud-streaked sky alive with cormorants.

Grebes bob to their own hunger-music.
Pelicans glide through rising air, then dive

straight into the sea. Again and again
they make the world obey their own

understanding. All this, and my world is (sometimes)
only as wide as your hips lying beside mine. 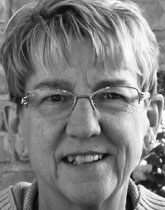 My worries skitter
like ants busy
with their own agenda.
They feed themselves
while I watch.

Little black commas
always rushing.
They build mountains
from grains of sand,
are at once weightless
and annoying,
find miniscule openings
from which to come and go.

Certain ones can destroy
an entire house
or a crop or a forest. 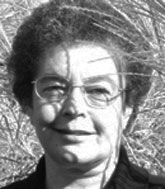 If then, the light inside
you is dark,

you will turn toward fog as if it were a strike
of lightning in a summer storm.

Your strength, a form of memory.
Of the good

between the needles to make the perfect
cable—

Cezanne painted until
his eyes bled—

The spider spins her slight
web against the dying

sunset, her good eye making measure
of the beautiful,

the sun-lit stuff
in which gnats twinge to their death.

I sit very still, watching
all that hurt, as if I know 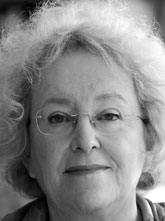 The Palace at 4 AM

Two-year-old Ruth wants to know
Do you have a sunroom?

That’s okay. The men
will bring you one. An idea
full as the palace at 4 AM
through which events drift
like swags of pale chiffon, snag
now and then on an upright
or cling with some deliberation
to the occasional horizontal.

I wander through, wanting voices
— my mother’s especially— 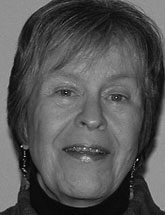 Music of the Spheres

Too many to name, the stars we know have been
numerically coded like stickered supermarket
fruits, or salaried workers.

Yet they sing on.

to the music of the spheres.

by analyzing its sounds.

HD49933 keens like wind off the rear thrusters
of a starship lost in space. HD181420 sounds
the echo of eardrums under bottomless
seas, or a blizzard’s hollow

The buzz of a globular star cluster could stand in
for a string section warming up until, finding
a tune that wanders up one step and down,

it slips into dissonance

and slides off minor, as all things must. Even our sun
pulses its reedy hum in the random vacuum of
beginning/ending, as if a careless oboe
blowing over the mouth

of an empty bottle. 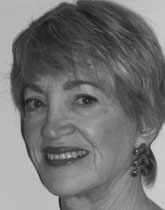 Free Fall: Notes to Myself

Ignore dust mites in the bedclothes
and frying pans heaped in the sink.
Throw out every lonesome sock
you’ve saved, hoping to uncover partners.
No more boned bras that scrape your ribs.
Overlook mountains of files muddling your office.
Get rid of locks on doors and hopes you cling to.
Open every window.
So what if your T-shirt has stains
from Nonpareils warmed in your hands
and cherries dropped
when you nibbled them in the car.
Lose the date book so your hygienist won’t plunk
that bite wing thing under your tongue
and the gynecologist won’t say that line
they all memorize the first day of training:
Scoot down a little.
Give up wanting to be beautiful
next time. There is no next time.
Memorize the woods.
Watch long enough to see fern fronds unfurl.
Encourage the night to have its way with you,
know that darkness, too, longs to be held. 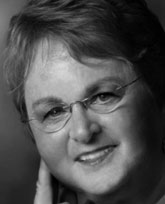 In the beginning roar and bloom
apple-skin of sea.

Through trance-light
in the current of timothy grass,
the long emerald bodies of conifers call.

Beneath the cow-hoof greening
wend of morning,
see what was wrinkled, smooth,
what was withered, strong.

We will become what we are—
part fern, part birch
on a Picasso earth,
a simultaneity of greens.

An onslaught—always one more
hill dotted with lambs, wool tufts
poking though a comforter.

And in between
such wind-noise of naming.

Let me hold you then in sage,
stem and stamen.

We will enter the brief
cloister of cistercian night,
single-note moss like a moon tasting.
All of it light. 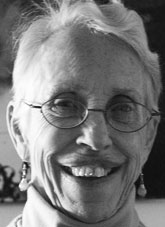 The water-skater walks the pond,
its image duplicated beneath it
in the dark water, it steps sure-
footed, from dimple to dimple.

The fingers stalk the mirror,
but cannot penetrate the surface.
Spider-like, they hover over
shadow twins, scratching hard air.

The hand searches for a key, always
in a certain pocket, finds only wadded
tissue, significance slipping from
fingers when the hand is out of touch. 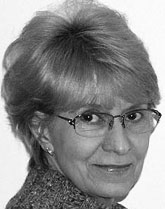 Once you’ve been bitten by a snake,
you are very cautious even of a coiled rope.
The Dalai Lama

Once more we move from the cold
solitudes of Winter

into the solitudes of Spring. Like a
blotch of blood on snow

Memory stops our steps even
before April’s abandon.

Why this ache— this chair-on-chest
pressure that settles pillow-deep into thin
bone?

It’s still the same— the sickness
that sulks just under skin.

It’s a difficult script— we both know
our parts.

We both know better
than to say them. 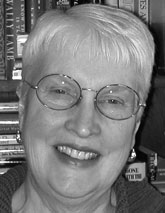 The owl in the wood behind the house,
hungry raptor, has been busy overnight:
on the brick patio this first summer morning
I see a scatter of dusty dun-colored feathers
from passer domesticus, one of the house
sparrows nesting in the eaves above me.
It looks almost as though the little bird,
overcome by a desire to divest itself of its
plain brown wrapper, had simply undressed
instead of being done in by him of the reedy,
eerie, repetitive call, loneliest sound on the planet,
insomniac’s three o’clock-in-the-morning reminder
that her life is written in sand, in smoke, in water,
is in fact at this very moment being traced
in already-disappearing condensate on a fogged
window pane in some seldom-used room.

Later in the day on the bike path a bluebird,
purported sialia sialis of happiness, darts
to and fro in front of me before touching down
on the blacktop. It does not stick around. 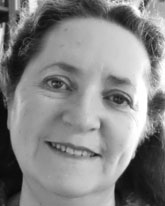 One of the regulars had cancer
in those days before chemo,
and even after the beautician lowered
the hairdryer canister over the woman’s head,

she talked nonstop about the intense heat
of cobalt treatments, the way her body burned
in places she’d rather not name,
how her skin there felt more like leather.

When she paused, the beauty parlor grew
strangely quiet: only the hum of the dryers,
the occasional whoosh of water at the sinks.
Until she spoke again, no one looked at her.

Then she droned on, but this time
about her son, who’d stopped coming by
now he had a wife who had him
wound around her little finger.

I didn’t understand yet
it wasn’t his wife that kept the son away.
I was seventeen and only a guest
in this world

where my mother was a regular
on Wednesdays. That day she sat up front
among the women’s magazines.
After I was done, we’d go to lunch.

And in a few days she’d tell me
her own bad news. She’d say she didn’t want
to spoil my senior prom. But that afternoon
as the woman carried on and on and on,

she already knew what she knew.