Ester Hernandez is a visual artist best known for her pastels, paintings, and prints of Chicana/Latina women. Her work reflects the political, social, ecological, and spiritual themes born from community pride, a commitment to political action, and an abiding sense of humor.

As a solo artist and member of Las Mujeres Muralistas, an influential San Francisco Mission district Latina women’s mural group in the early seventies, her career has marked her as a pioneer in the Chicana/Chicano civil rights art movement.

Ester was born in 1944 and raised in California, on the western slopes of the Sierra Nevadas in central San Joaquin Valley, known for its natural beauty and paradoxically the ongoing struggle of farm workers. One of six children of farm worker parents, she developed her great respect for, and interest in, the arts through family and community involvement. Both her mother and her grandmother continued the family tradition of embroidery from their birthplace in North Central Mexico. Her grandfather was a master carpenter who made religious sculptures in his spare time, and her father was an amateur photographer and visual artist. The combination of this rich cultural and creative background of her childhood and the politically-charged world of U.C. Berkeley in the early 70’s helped Ester develop her socio-political artistic identity and her consistent commitment to political activism.

As she has said: “In many ways my artwork has always been a futile attempt to capture time, to create beauty, and most importantly, to make sense of the complex, ever changing, globalized world we live in. So many things separate us. I hope I will see a time when we will all unite, regardless of race, size, age, economic status, ability, gender or any other -ism that exists to separate us. I aspire to create artwork that helps to bridge that dialogue.”

Note: You can click the images below to make them larger. At the bottom of this section, click the accompanying YouTube video to see more of Ester Hernandez and her work. 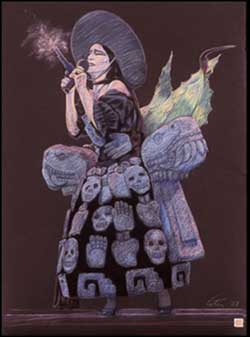 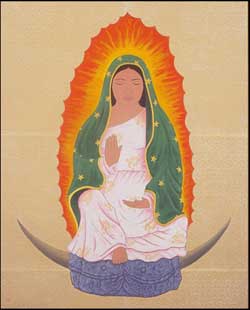 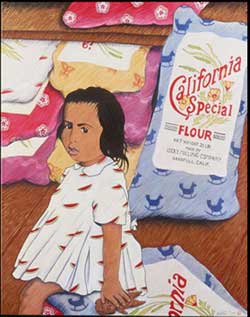 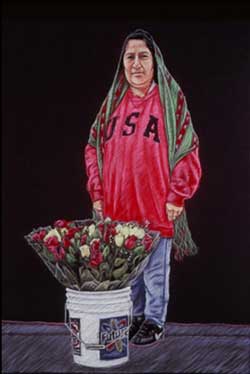 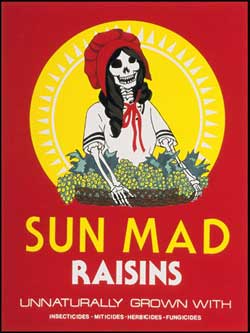 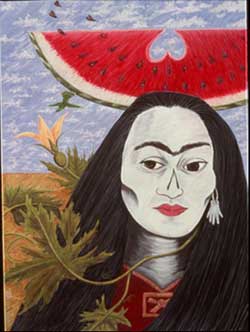 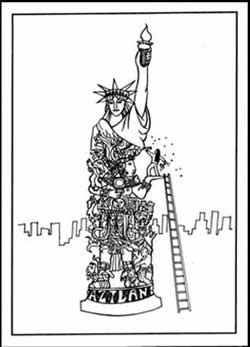 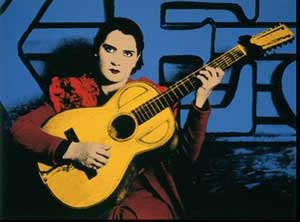 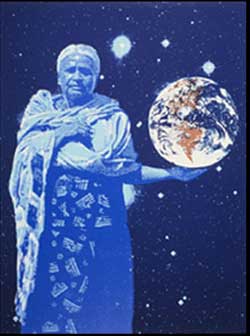 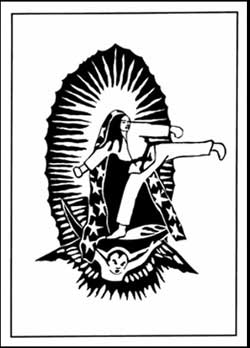 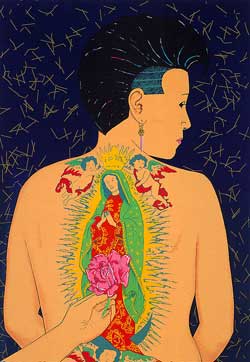 Click below to see the YouTube video about Ester Hernandez.
Ester Hernandez’s work has appeared in numerous solo and group exhibitions in the U.S. and internationally. Her artwork was recently featured in the inaugural opening of the Museo Alameda in San Antonio, Texas. Her work is in permanent collections of the Smithsonian National Museum of American Art, the Library of Congress, San Francisco Museum of Modern Art, Mexican Museum in San Francisco and Chicago, Cheech Marin, and the Frida Kahlo Studio Museum in Mexico City. Stanford University has acquired her artistic and personal archives.