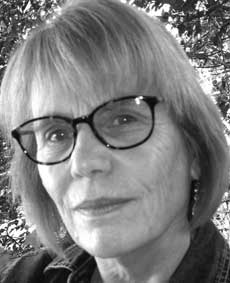 The woman who lived in the house next door is Syrian. Her name is beautiful and exotic, some syllables you glide over, like watercolors; others you pounce on, staccato dots on fine linen paper.

Every morning at 6 a.m. she walked her dogs. Golden labs called Rose and Iris, they have the air of “animal companions” pampered as only the pets of childless couples are: sleek, well behaved, confident. When I decided to join her one morning my Aussie shep was a stark contrast. For years, my kids fed him scraps under the table. There was never time enough to remove the burrs from his underbelly. He’s shaggy and likes to rub his rump on your leg in hopes you’ll pet his back. I pretend this isn’t disgusting.

We walked together up the dirt country road that connects our homes. She’s thirty years younger than I, just starting out. Emergency room doctors, she and her husband Jim met in medical school.

That first morning, I think it was two years ago, it was February and the sun had not risen above the ridge. Three owls, forming a wide triangle hidden in the high ponderosas, carried on a conversation, the sound seeming to come from the depths of the dank grey sky above us.

“Good morning,” I said. I yanked on my dog’s leash to keep him from toppling her.

She smiled but said nothing, then nodded in the direction of the owl talk, as if she were afraid of interrupting their train of thought. We walked a mile and a half in quiet witness to the exchange. When the sun’s first rays pierced the blue expanse, the owls fell silent.

“What do you think they talk about?” I asked her.

“It seems like something important,” she answered. “Pearls of wisdom we need to know. For weeks, I’ve been trying to figure it out.” She paused and smiled at me. “But their secrets are safe, lost in translation.”

I laughed, but I remember we finished that walk in silence.

Days passed; daylight came earlier and our conversations grew livelier. As we walked, her long black hair kept rhythm, swinging from side to side. In the way of women, we shared our stories. She’d grown up in the Middle East. A medical school scholarship brought her to this country, where she’d settled. About once a year she returned to the city of Homs to spend time with her mother and brother.

The first time she talked about her childhood, I confess I hurried home and Googled Syria, embarrassed that I couldn’t place it on a map. I knew it was near Iraq, where the war raged on; and Egypt, where there were the first stirrings of what would later be called Arab Spring.

While she was gone visiting her Syrian family, I continued the morning walks, collecting Rose and Iris from their fenced yard. They kept a steady pace while my dog strained against the leash to pursue every random scent.

On his days off, her husband would be out in the driveway hitching his riverboat to his truck or putting his hunting rifles in its gun rack. He had made a name for himself as the local head of Ducks Unlimited, often quoted in the outdoors column in the newspaper. Always busy.

“What do you hear from your wife?” I asked him one morning.

“Not much, brief e-mails,” he said. I never could figure out how to get a conversation going with him.

When the woman returned from her visit she pulled a faded paper package tied with black string from her jacket pocket. “For you,” she said.

My cold fingers unwrapped the gift and a glorious swath of silk unfurled. The long scarf was striped with rich shades of magenta and one simple gold streak. Immediately my dog became alert; his knob of a tail perfectly still, he sniffed its musty, odd aroma. I pulled the scarf across my back and around my shoulders, out of canine range. Its colors clashed with the subtle greens and grays of the rural Oregon landscape.

“It must be so different there,” I said.

“Yes and no,” she answered. “It’s ancient and poetic, a country full of beauty,” she stopped walking, turned and looked at me, “but the people there are just like me. Educated. Strong. Exactly like me.”

One June as we stopped to gaze at a field of wheat, catching its moment of transition from green to gold, she said, “I long to have a child.” I smiled at her, delighted, imagining a tawny, black-eyed baby in a front pack on our morning walks. “But Jim says he’s not ready.”

“Friends tell me to just go ahead and get pregnant.” She looked at me to check my reaction. “That once the baby’s here he’ll adjust—he’ll be a good father.”

I tried not to look horrified.

“But I don’t think I should do that to him.”

“Good,” I said. “A baby’s a big responsibility. I think you’re wise to wait until you’re both ready.”

“Yeah. Tell me, what’s it really like to be a mother?”

I turned and looked at her. How do you answer this? How do you describe this alternate universe where everything, except yourself, takes on more meaning. Where heart and longing and fear expand? Where you see yourself barely apart, as if in bas-relief?

That June morphed into full-blown summer. We walked right through it and the following winter. She never mentioned wanting a child again. But that year brought a change in her. She walked more slowly, she gained weight. She cut her hair to shoulder length. Finally, I broached the subject with her.

“Have you and Jim thought more about having a baby?”

“He still says he’s not ready. I don’t know if he ever will be. It would interrupt his hunting and fishing.”

And the news from Syria was bleak. Revolution, celebrated in Egypt, was not going well. People were dying. “What do you hear from your family?” I asked her. “Are they okay? What do they say?”

“They say they’re fine,” she said. There was a long pause. “But then what else can they say? It wouldn’t be safe for them to send me any other message.”

“What about you? What can I do to help?”

One morning when I went to meet her, she wasn’t there. I walked to where Rose and Iris paced in their fenced yard. Jim came out of the house, carrying two fishing poles and a tackle box.

“What? To Syria? It’s dangerous, right?”

“That’s what I told her, but she wouldn’t listen.” He paused. “Now she doesn’t answer my e-mails.”

She’s never answered my emails either.

Retired from a career that included roles as diverse as news reporter and autism consultant, Anne Batzer has always enjoyed the writing life. Her nonfiction experience includes articles for arts and natural history projects, documentary writing, political speech writing and in-depth profiles of women who live with intention. She began writing fiction when she joined a dynamic women's writing group. She also pursues a lifelong interest in nonviolence and a passion for making education more accessible to children in Kenya.
Next: Ed Is Dead »
Home | Archive

14 thoughts on “The Woman Next Door”