In 1985 the Museum of Modern Art in New York mounted a show in which only 13 of the 169 artists represented were female. A group of women artists protested the discrimination. Out of these protests the rude, noisy, feminist Guerrilla Girls were born. Are they artists? Or vigilantes? They are definitely anonymous, taking the names of dead women artists and writers (Frida Kahlo, Kathe Kollwitz, Eva Hesse, Emily Carr, Lee Krasner and Alice Neel, among others) and wearing gorilla masks. Early on they also mounted campaigns about abortion and war and homelessness. As “masked avengers like Robin Hood, Wonder Woman and Batman” they have fought for equal representation of queer artists and artists of color as well women in all fields of art. And – they are funny. 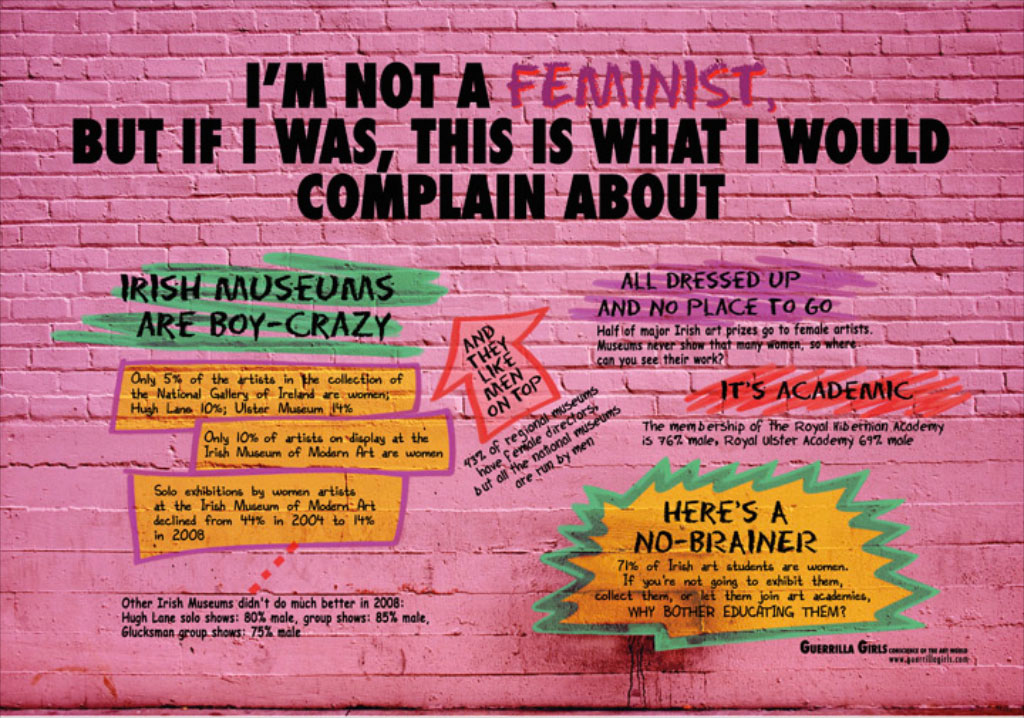 The Guerrilla Girls follow the money through museums, galleries and other venues as they do their “weenie counts.” They argue that museums cannot be counted on to “to preserve the history of our time when they’re run by super-rich art collectors who invest in art, then oversee what the museums show and collect. In any other market, that would be a conflict of interest or insider trading and could lead to time in the slammer.” They ask, “When racism and sexism are no longer fashionable, what will your art collection be worth?” 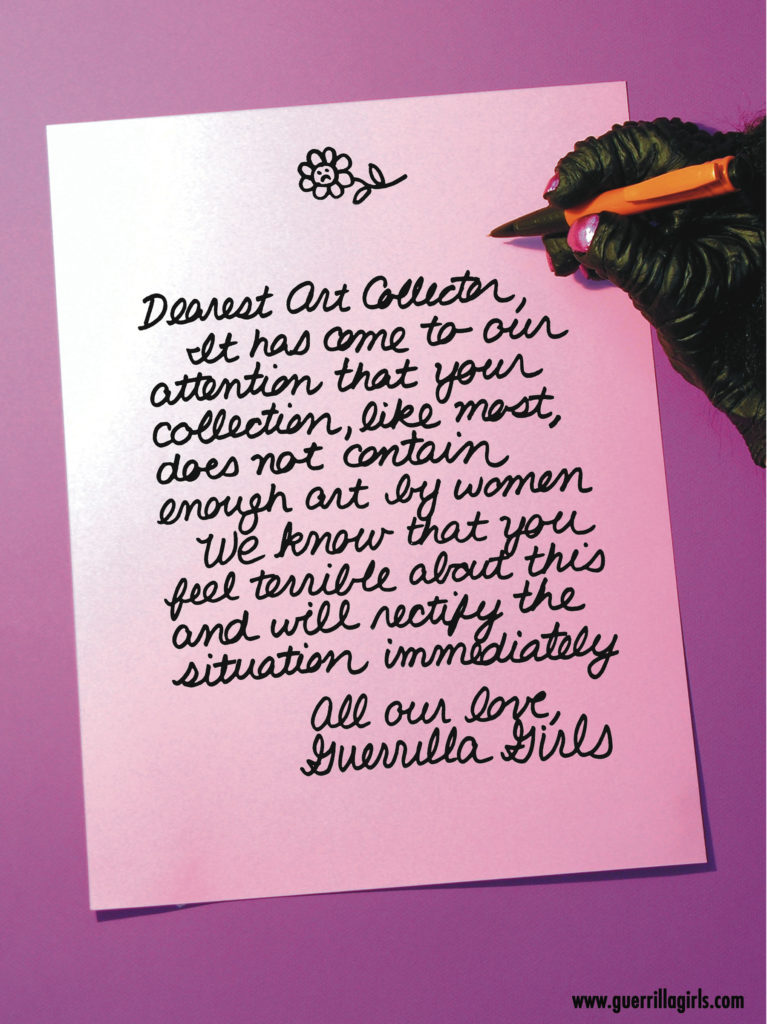 Here is their response to the claim that “quality” is the only criteria for showing and selling art: “Success in art is a matter of luck and timing as well as being good or having talent. Why do white men seem to have all the luck? It’s not just a happy accident. Thus far, and throughout history, the system has been set up to support and promote the work of white male artists. That is their luck. In the old days of Western culture, it was patronage and the atelier system. It’s not that different now, though patronage doesn’t come in the form of royal courts and the Roman Catholic Church, but in the form of gallery owners, collectors, critics and museums who back certain artists. Once enough money has been invested in a certain artist, everyone mobilizes to keep that artist’s name out front and consequently in history. The artists who make it in this way begin to define quality.” 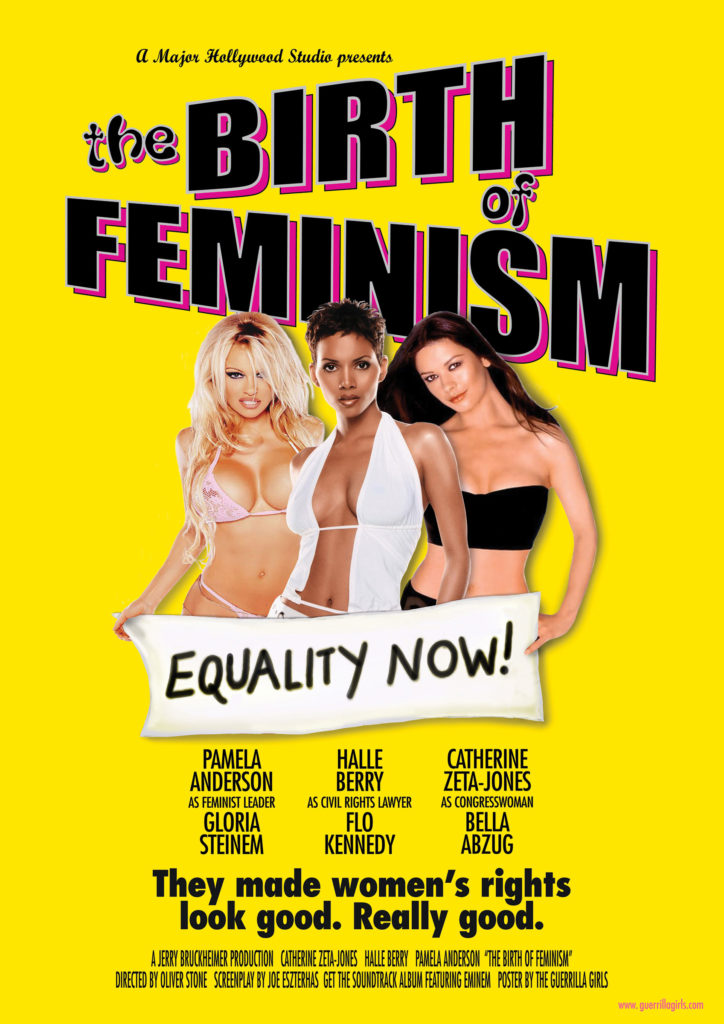 The Guerrilla Girls have papered walls with rude posters; used statistics (with footnotes) and information (and help and support) often gleaned from secretaries and receptionists when museum heads and gallery owners wouldn’t respond; employed ridicule and humiliation. They call attention to themselves with their anonymity and their transgressive behavior. It is hard to ignore a huge gorilla mask. 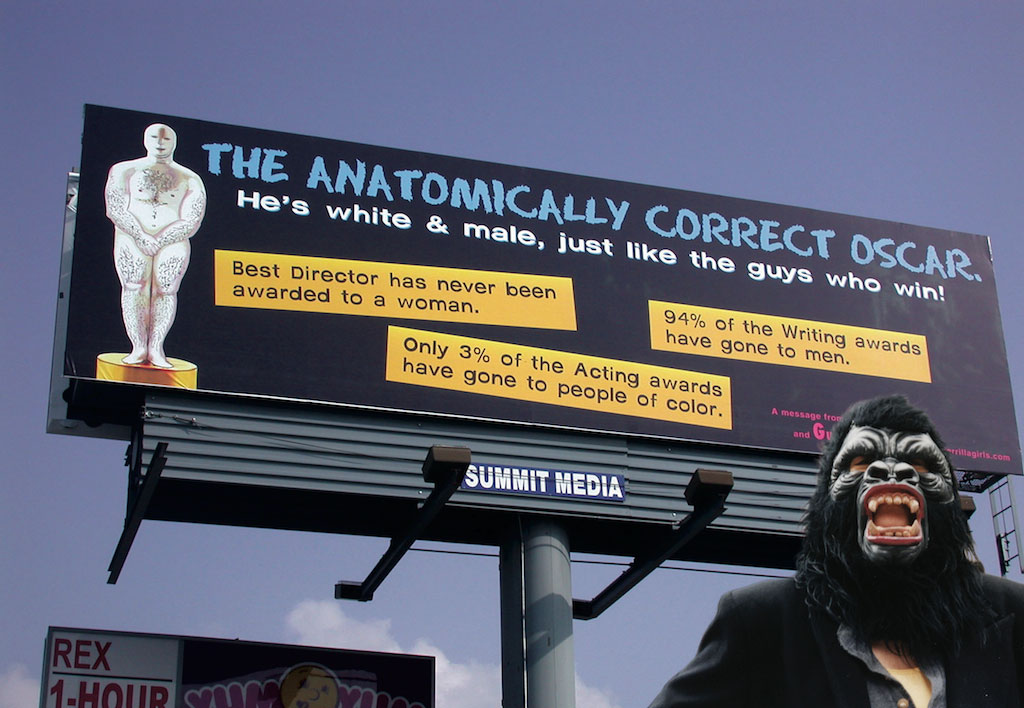 They also publish books (The Guerrilla Girls’ Art Museum Activity Book, The Guerrilla Girls’ Bedside Companion to the History of Western Art) and give talks and workshops. They operate on large and small – and always humorous – scales. Their work is full of surprises. 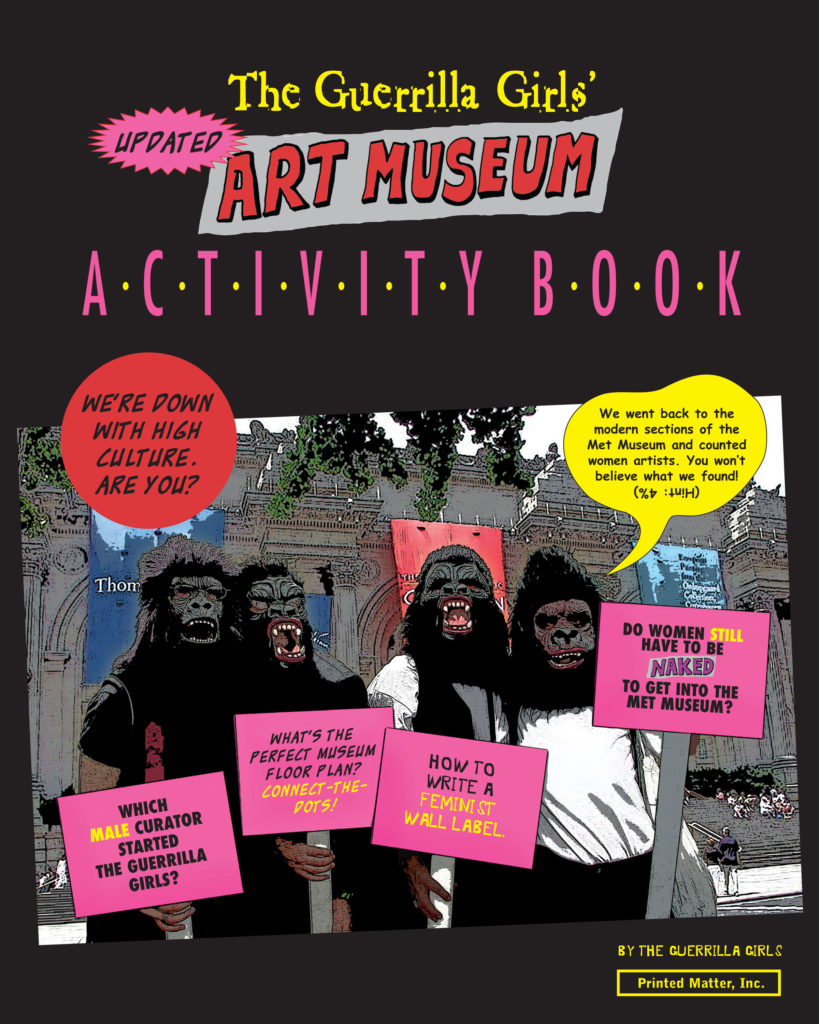 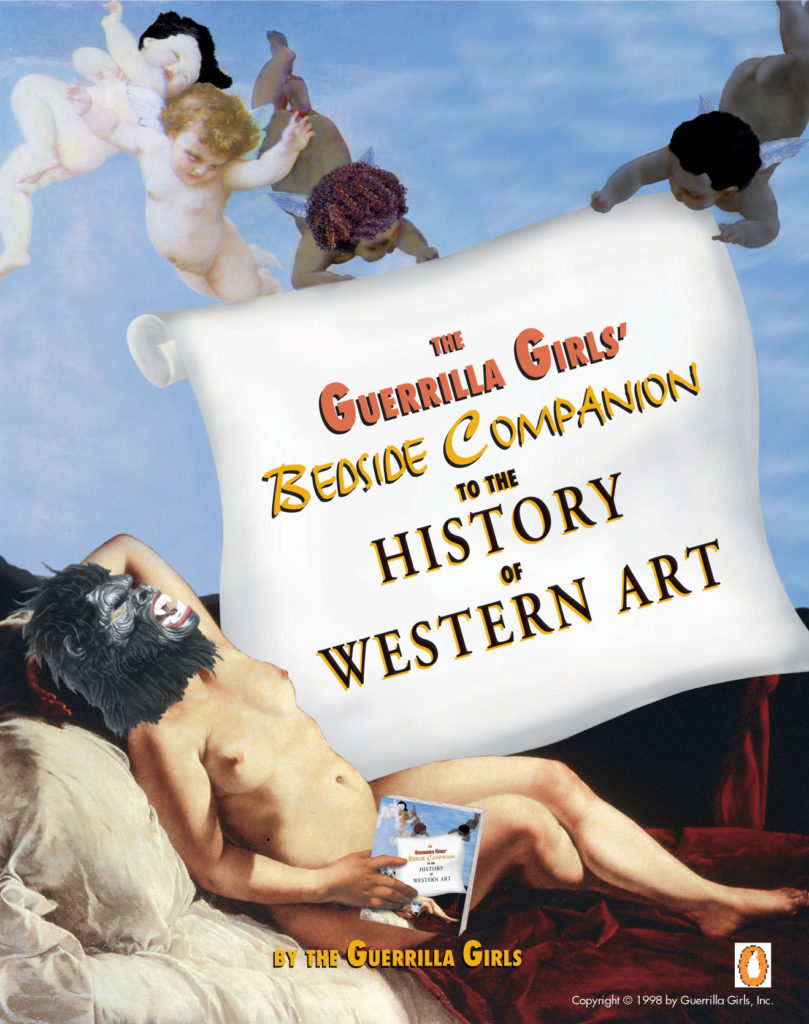 Anonymous, but recognized all over the world, they are now asked to give their talks and present at symposiums organized by the same museums they have attacked. Have their tactics worked? Certainly, they have achieved recognition: they have spoken at venues on four continents; museums and libraries have shown and archived entire portfolios. They have created works at the request of institutions like the Istanbul Modern and Fundacion Bilbao; they were invited to deliver a commencement address at the Chicago Institute of Art School (a commencement address in a gorilla mask – picture that); even MOMA included them in a symposium on the future of feminist art.

Has their activism changed anything? They think so. Their cause is well known. They are part of curricula all over the world. The 2005 Venice Biennale was organized by a woman for the first time in 110 years. Their art history book has sold extremely well, has been translated into many languages, and is often used as a textbook in colleges. Some standard art history textbooks have taken notice of them, including Gardner’s Art Through the Ages. And at last, at last, even the venerable Janson’s History of Art – which didn’t mention a single woman artist until its author died –  now includes 19 women, out of 2,300.

Success? Major museums have vowed to change their ways. The art world is now better than it has been for women and artists of color, but more change is needed.

Artists or vigilantes? Does it matter?

Persimmon Tree is proud to say that 100% of the art we have featured is by women, but less than 5% of the images have been nudes.