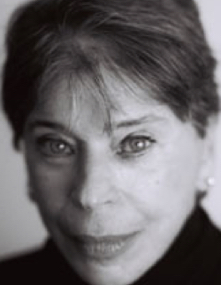 {In this essay Vivian Gornick challenges recent critiques of Second Wave feminism and defends the goals and accomplishments of that movement. The editors of Persimmon Tree invite you, our readers, to send us your thoughts about feminism then and now and/or your reactions to Vivian’s arguments. Do you agree with Gornick? Does this piece anger you? What have been your experiences with the feminist movement(s)? We will publish a selection of your responses (500 – 1,000 words) in the Summer issue.}
The first trumpet sound of modern feminism came in England in 1796 with the publication of Mary Wollstonecraft’s Vindication of the Rights of Woman; the second, fifty years later in America, with the 1848 Seneca Falls convention for women’s rights organized by Elizabeth Cady Stanton; the third, a century after that in France, in 1949, with the publication of Simone de Beauvoir’s The Second Sex. Each of these originating feminists was a visionary thinker with a philosophical cast of mind large enough to grasp with radical speed the immensity that women’s rights addressed. Wollstonecraft urged passionately that women become rational beings; Stanton that every woman exercise governance over her own inviolable self; Beauvoir that women cease to be Other – that is, become the central actors in their own lives.

In America, it was awakening to a sense of the democracy outraged that empowered the feminists of Stanton’s generation, made them the extraordinary activists they became, and went far to explain why feminism as a liberationist movement flourished in this country as nowhere else in the Western world. European feminists might have burned over their second-class status, but it was impossible for them – from Wollstonecraft’s generation to Beauvoir’s – to give up their longing for inclusion in the world as men had made it. Americans, by contrast, were moved to harden their hearts against the romantic pull of that world and concentrate instead on the denial of what had been promised them by right of birth into a democracy. This was the generation of feminists we call the First Wave, and it was nothing less than visionary. The passion and conviction that kept these women fighting for a set of legal and social recognitions that only included suffrage was likened to a religious calling. Devotion to the cause was what, for thousands of them, made life worth living.

However, it took sixty years just to gain the vote, and by the time it came, in 1920, the philosophical largeness of the nineteenth-century visionaries had drained away. Once suffrage was achieved, the movement – by then composed of single-issue organizers – fell back, exhausted. After all, what more was there to fight for? The radical feminist Alice Paul had an answer for that question. What was needed, she said, was an amendment to the Constitution that would guarantee equal rights for women in every sphere of life. But there was no more fight left in anyone – and the Equal Rights Amendment has yet to be passed into constitutional law.

The period following the First World War is one of the most interesting if not dispiriting in the history of women’s rights. On the one hand, this was the Progressive Era, a time of unprecedented social activism and political reform in the United States during which the crimes of machine politics, corporate monopoly, corruption in government, immigrant exploitation, and child labor galvanized activists and muckrakers alike. This was the movement into which women such as Jane Addams, Frances Perkins, Florence Kelley, and Eleanor Roosevelt threw themselves. Ironically enough, these very progressive women opposed the Equal Rights Amendment because they saw it as the enemy of the protective laws for women they were working to put in place.

At the same time, postwar disillusion had loosened social constraints and made prevail among young women who had no politics at all a false sense of agency. “I’m a free woman,” many boasted as they put on lipstick and slept around. And so they were – until they married or tried to enter a profession, whereupon they hit the same brick wall their mothers and grandmothers had.

Fifty more years pass – with the status of women lying so dormant it is as though all this history had never been – and we arrive at the 1970s, when another period of “original discovery” bursts upon us. Suddenly, as though awakening from a long sleep, a mass of women finds itself speaking the language of Elizabeth Stanton and Susan Anthony.

Looking back on those visionary years of the 1970s, what I find most remarkable is the swiftness with which the course of feminist thought and action widened and deepened. Almost from the beginning, the movement was philosophical in its nature, existential in its grasp. Yes, equal pay for equal work. Yes, pass the Equal Rights Amendment. Yes, legal abortion and an end to job discrimination. Yet surrounding all this down-to-earth politicking, one feminist perspective after another – from psychologists, historians, political scientists, and literary critics – seemed to be addressing the human condition through its analysis of the insecurity behind society’s need to agree that women would live a half life in order that men might gain the courage to pursue a whole one. A profound recognition of the fear of human loneliness as a motive force began to prevail among those of us who cared to think about it, and we applied that recognition to every imaginable aspect of life, even as we campaigned for full inclusion in the democracy.
[The historian Linda Gordon  tells us that] “middle-class whites did not take sufficiently into account the situation of women who experienced racism, low wages, ill health, and dangerous neighborhoods. Those poor and working-class women, in turn, frequently felt that the women’s liberation movement did not represent them.”

For me, this is an extraordinarily skewed interpretation of this piece of history. The women’s movement of the ’70s was spontaneous combustion itself. If ever there was a moment when an idea whose time had come was viscerally present, this was it. The women who flocked, independent of one another, to the movement’s many and varied venues, were drawn – as though suddenly – by an intense and overwhelming need to speak out on behalf of their own experience. Among them were utopians and crazies and churchgoers: the radically reckless and the radically respectable alike. These many thousands were women who had nothing in common except that they were now awakened to their second-class citizenship and were calling out that they wanted equal rights and they wanted them now.

Of course it was primarily white, middle-class, educated women returning the call. After all, if such was your identity, and still you experienced yourself as a second-class citizen, you were a poster child for the women’s movement. On the other hand, if you were black, poor, uneducated – and those parts of your identity were most pressing – you most likely did not see yourself reflected in the movement’s rhetoric and shied away. Many of us had ourselves been born into one form of outsiderness or another – I, for instance, came from the Jewish immigrant working class – and understood the dilemma perfectly. The solution, however, as far as I was concerned, was not to dilute the question of women’s rights by taking on that of class and race discrimination. It was to understand ever more perfectly that history was on our side and to believe that in thirty years those black and working-class women who at this moment did not feel the urgency of women’s rights would be standing where we stood. And so it has turned out.

This time around, the visionary years lasted a decade and a half before they began, in the late 1980s, to narrow down to single-issue organizing, the issue now being abortion instead of suffrage.

Fast-forward another twenty-five years, and we’re into what’s called Third Wave feminism – a non-movement movement whose participants seem to bear an uncanny resemblance to the young women who called themselves free women in the 1920s. It does not throw down a gauntlet; to the contrary, its style is free-ranging mockery and provocation. Many in it love calling themselves sluts and bitches, dressing in spike heels and black lipstick, assuming facial expressions that are the equivalent of “don’t even think about it.”

These women practice what seems to anyone not of their generation a kind of virtual rather than on-the-ground politics. They do not march or hold meetings; they go online. Their presence on the Internet is ubiquitous. Smart and sassy, they are marvelously quick to slap down the slightest display of sexism, private or public. For instance, during his second presidential debate Mitt Romney referred to “binders full of women,” and within seconds there were hundreds of angry, taunting posts on the Internet; the next day there appeared a “Binders Full of Women” Facebook page that now has more than 300,000 likes. “Our activism,” said one feminista, “is inseparable from technology.  … Blogs are our consciousness-raising groups.”

Among the most popular of these blogs is Feministing, co-founded in 2004 by Jessica Valenti, who has emerged as a major feminist writer of today’s mainstream media. The site’s stated purpose was to use the Internet to help further what the women of her generation consider the unfinished feminist revolution. Feministing covers sex and pay equity, art and legislation, pop culture and reproductive rights, and is awash in feminist opinion deriving from the daily lives of both staff and readers. Its comments section provides an ongoing conversation – comic and serious, scholarly and goofy – that is today’s equivalent of a political broadsheet.

Throw into this mix the practice of hooking up – that is, sex without ties – and the in-your-face boldness of this generation of feminists is sufficiently established.

[Stanford law professor, Deborah Rhode, in her 2014 book What Do Women Want? wrote,]

“More women must see personal difficulties as social problems calling for collective action. … They need to challenge the gender stereotypes that devalue the competence and commitment of working mothers and that penalize assertive behavior in women leaders. They also need to address the ways that society trivializes and tolerates sex-based aggression. … This is not a modest agenda. … The challenge now is to recognize our distance from that goal, and to build a movement capable of reaching it.”

I read these words – words that were once a call to revolutionary arms – with interest and some dismay. The challenge now? Build a movement now? Break the stereotypes of the working mother and the woman leader now? But, I conclude, if they are being written today, obviously they need to be written and attention must be paid to that need.

Right now women’s liberation is in a holding pattern – not likely to recover its visionary impetus in my lifetime.

For me, a 1970s feminist, [this criticism is] a sobering reminder that the only way to keep the faith is to accept history’s need to take the same territory again and again and yet again before the universal fear of change is defeated; and to remember as well that each time around that fear is going to look almost exactly as it did the last time around. In short: it isn’t over till it’s over.

is a memoirist and essayist who has written 11 books, all of them in New York City. Her newest memoir, appropriately enough, is The Odd Woman and The City, due to be published in May by Farrar, Straus & Giroux.
Next: Responses to Vivian Gornick’s “Feminism in These Times” »
Home | Archive

14 thoughts on “Feminism in These Times”