After the surgery, I tried the Zen meditation again. The one in which I watch my own dead body in its process of decay.

I quickly became unsettled. Not because I was dead, but because I plan to be cremated and after the fire died down – in the meditation – I saw my titanium knees sticking up out of the bones and ashes.

What was the guy who swept up the cremains of my skin, skull, and spirit going to do with those metal knobs?

I Googled “cremation titanium” and was relieved to learn that in my next life I could be part of a car or an airplane.

Who knew that funeral homes that have cremations sift through the sooty detritus and pluck out metallic leftovers?

Who knew there is a market for used implants?

Who knew I’d be recycled by some metallurgical god who will fashion me into a ball bearing or carburetor?

An article on BBC.com posted a picture that I assumed was a pallet made from knees and hips. The container of scorched titanium and cobalt alloy rubble reminded me of the baseball-sized stones that Lake Michigan tosses on the shore and I remembered when my brother told me my cousin Thurlow was dumber than a box of rocks.

The article advised family members not to count on Grandma’s implants to pad their inheritance. A couple of fake knees are worth only about $3.00 on the discarded implants market.

I already told my children that I spent one-third of my estate on my new knees and the surgery was worth every penny.

Then … a disturbing thought.

What about my friends who are choosing embalming, viewing, and burial? What if some poor mortician without a crematorium is being run out of business by a charring chamber across town?

What would keep that hapless guy from harvesting gizmos from the cold, combustible dead?

It would be easy enough. All the bodies I have ever viewed are covered from a couple of inches below the waist to the end of the casket. Who’s to know what is left beneath that smooth satin cover?

Of course, I know I won’t be the one negotiating my funeral costs.

But I’m telling my children they should ask the funeral director for a $3.00 discount. At least.

And my Zen meditations since the surgery are a blast! 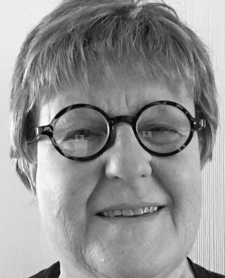 Author’s Comment: In discussion with close friends about our deaths, I mentioned my decision to be cremated. Then I said, “I wonder what happens to my titanium knees?” So grateful to be able to walk again without pain, I hadn’t given a thought to complete disposal of my body parts. With a computer and a few extra minutes, I discovered an answer to my musings. I am still planning on cremation.
Nancy Bauer-King is a retired United Methodist clergywoman who enjoys writing something other than sermons. Writing is a healing process for her, but as she ages, she has discovered she has way too many body parts that are leaking or twisting. Thank goodness her fingers still work.