Introduction by Gena Raps
I met Yvonne Jacquette in the ‘80s when I was playing in music festivals in Maine. Yvonne was married to the late filmmaker Rudy Burckhardt and summering in Searsmont, Maine. Activities at their summer house, filled with artists, included walks through the Maine woods to swim in the nearby lake, boisterous conversations about art, and parties to celebrate the making and showings of Rudy’s avant garde films.

Yvonne painted in a big barn attached to the Maine house as friends came and went. Shows of Rudy and Yvonne’s work went on in the nearby town of Belfast. I have been thrilled to see her work since in many major museum shows. She is an artist enamored with the aerial view. All works begin with direct studies made from jet airplanes, city high-rises, or from rented single-engine planes.

Her landscapes have been shown in the Whitney Museum of American Art’s Nocturnal Visions in Contemporary Painting; in the International Survey of Painting and Sculpture at the Museum of Modern Art; and in the traveling exhibition New Work on Paper, organized by the Museum of Modern Art. One can see her pastels, prints, and oil paintings in collections at the Staatliche Museum, Berlin; the Hirshhorn Museum and Sculpture Garden, Washington, D. C.; and the Metropolitan Museum of Art, New York City. In 2002, Stanford University organized a retrospective exhibition, titled Aerial Muse, The Art of Yvonne Jacquette. The retrospective traveled from the Iris & B. Gerald Cantor Center for the Visual Arts at Stanford to the Colby College Museum of Art, Waterville, Maine. 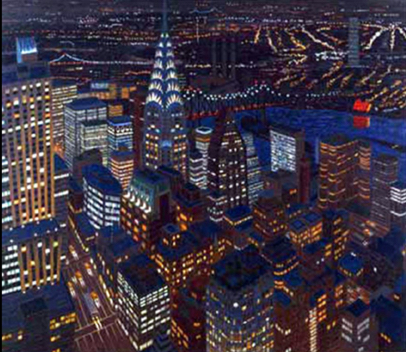 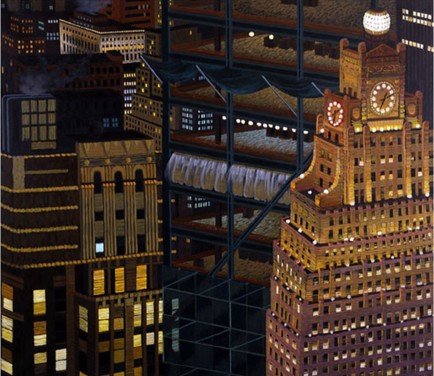 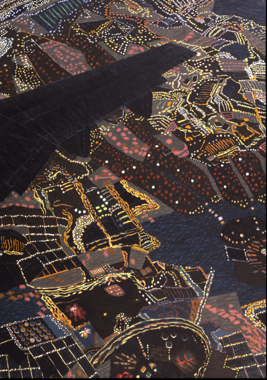 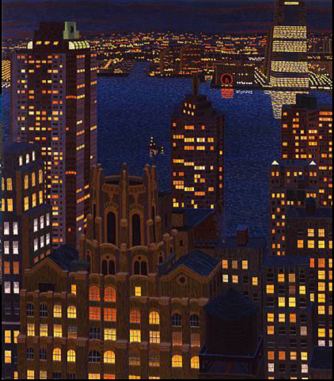 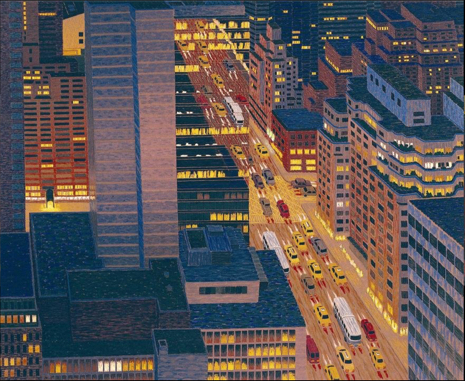 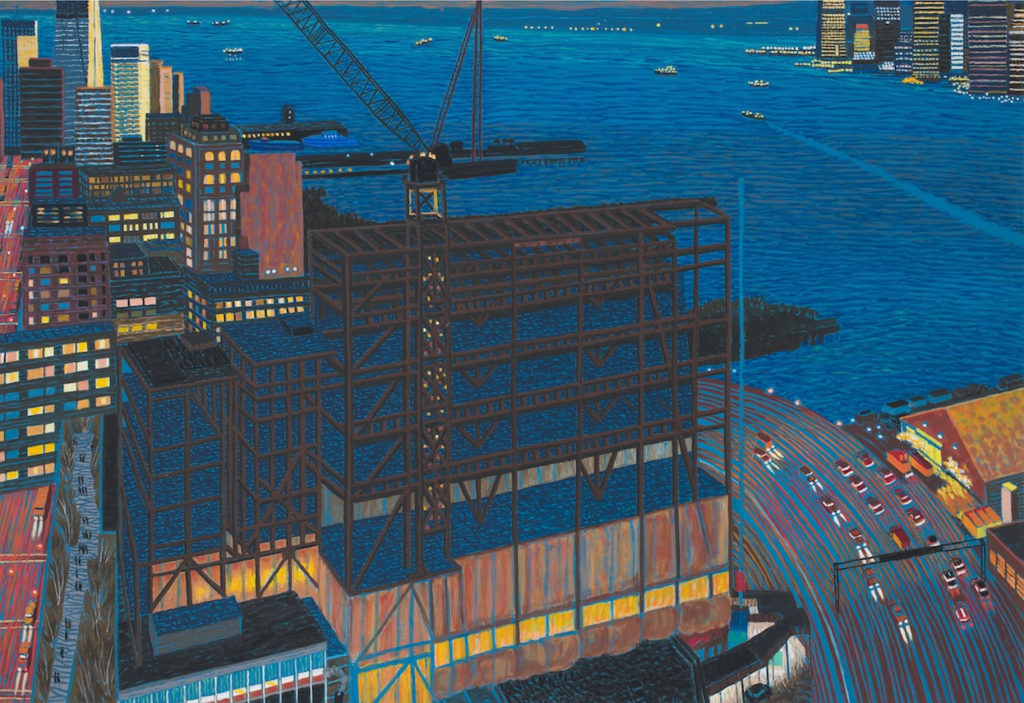 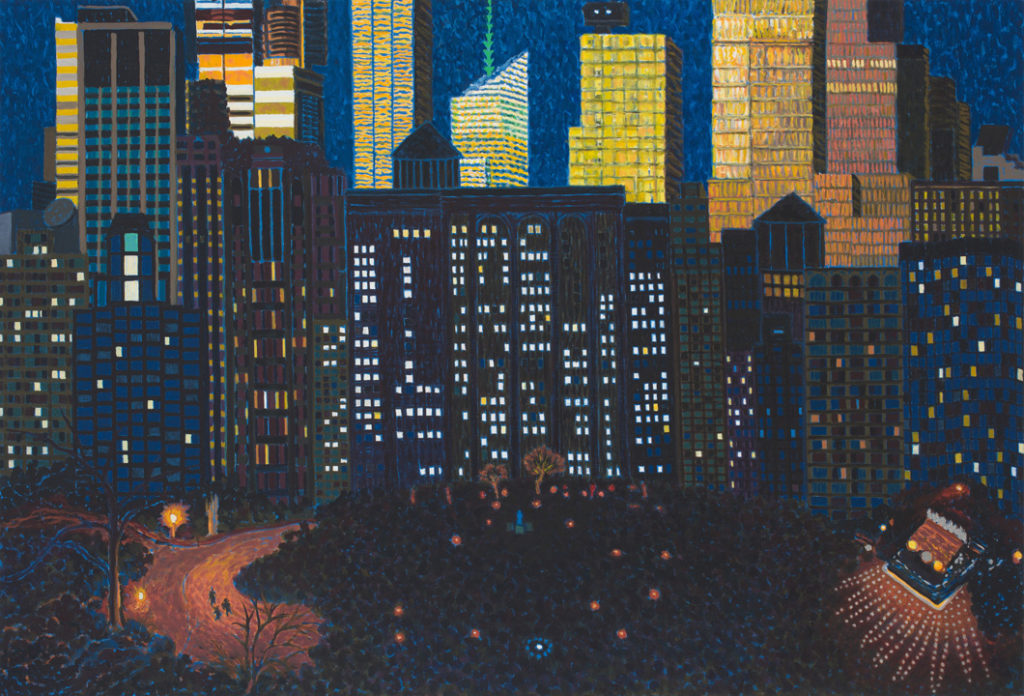 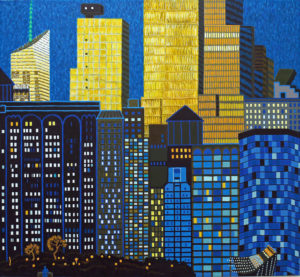 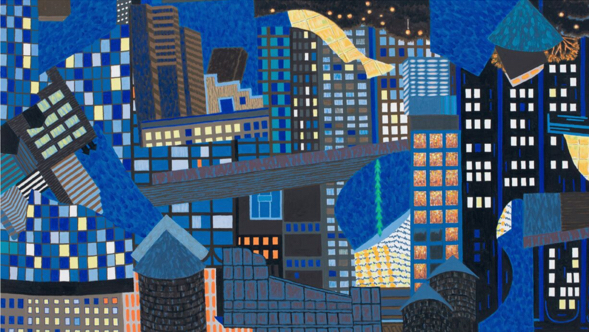 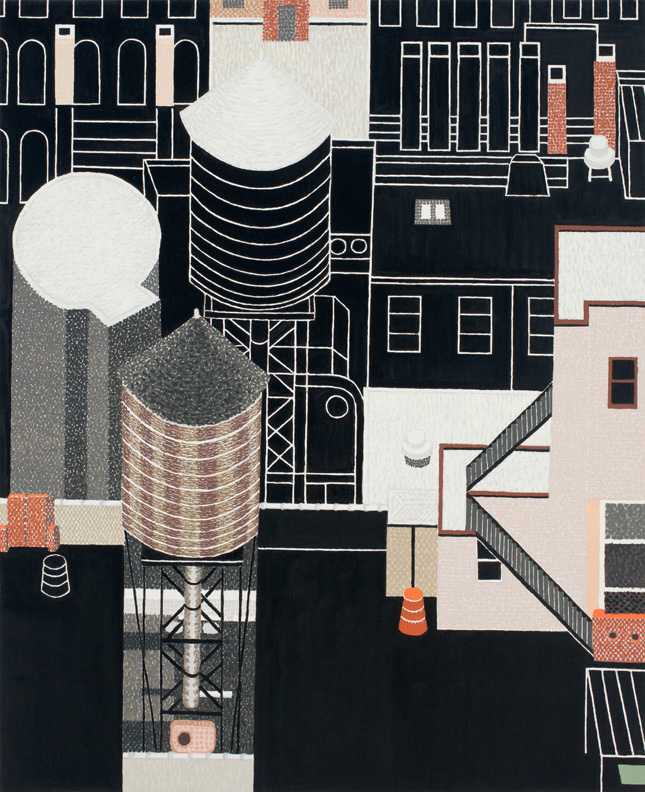 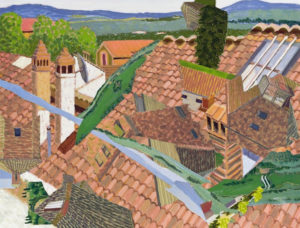 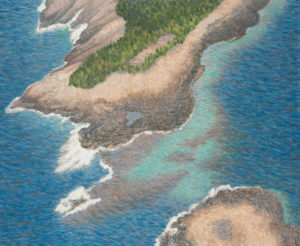 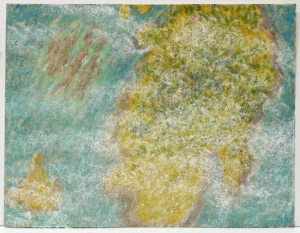 Gena Raps spends summers performing and coaching chamber music at music festivals in Tuscany, Burgos and Maine. A competition for composers in her name has been established at Juilliard. Every year two composers are chosen to write a string quartet and a trio; the works are premiered in Alice Tully Hall at Lincoln Center.

6 thoughts on “Yvonne Jacquette: Views from the Heavens”