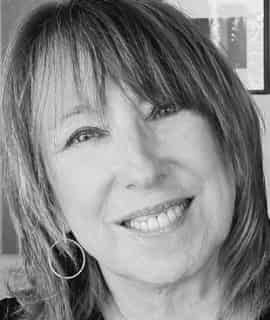 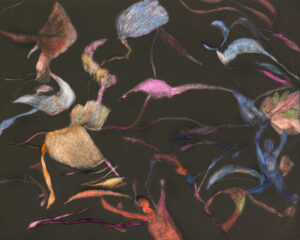 They had packed and repacked the car three times before dawn. “I’m getting pretty good at this,” she had said last night while fashioning false bottoms for their cereal boxes. Hundred-dollar bills were lowered into a box of Cheerios, the new bottom laid down gently and tapped into place with long tweezers. Little Os of cereal were then layered to the top of the box. The technique was repeated with a box of Wheaties and one of Grape Nuts.

The cereals were placed in the trunk atop sleeping bags, warm jackets, pillows and towels. Suitcases that had Canadian currency tucked inside linings were stacked on the left side of the trunk.

“I think the Romanovs did this before they were shot,” she said while sewing her good gold jewelry into the linings of her coats and his blazers.

The largest sizes of aspirin, cough syrup, and antacids you could buy were nestled behind the suitcases.

Gallon jugs of water were squeezed into the corners of the trunk along with canned goods, pouches of dried soup, popcorn, and cornbread.

“I’m going out to the fire pit and burning up the credit cards,” she had told him.

“Goodbye, Bloomingdale’s,” she said as she walked out the door. “I’m sure going to miss you.”

“Haven’t they been closed for about five years already?” he said.

She rose at 4 a.m., put coffee on to brew, slipped two pieces of whole wheat bread in the toaster and checked to see if all the windows were closed so no rain could come in and ruin the window sills.

“So silly,” she said to herself.

He rose at 4:30 a.m., showered, put his toothbrush and razor in his kit, made the bed, and went downstairs. They each drank one cup of coffee, ate one piece of toast, and carried suitcases and a cooler of drinks and sandwiches out to the car.

“Will we see them tomorrow?” she asked as they each sneaked a last look at their living room, and held hands as they stood on the porch steps.

He rattled the old front door handle of the cabin, trying to get it to close tightly. “Why didn’t I ever fix this?” he said, avoiding her question. At the bottom of the steps she stopped him and asked again.

He pulled her close to him and whispered in her ear, “Let’s walk down to the lake.”

“Is this the last time we’ll be here?” she asked.

They had found the cabin years ago when they had been out for one of their random Sunday drives in the wintry Minnesota countryside.

The kids would fall asleep in their car seats only a few miles from the house. The warm car and soft jazz on the radio soothed them all. They drank coffee and ate peanut butter sandwiches while driving around the large lake that lay about 50 miles west of their suburban home.

“Look at that place,” she would say, pointing out new mansions or quaint old cabins lining the shores.

This was the only time they got away from all the stuff of their lives – overflowing message boxes, grass begging to be cut, aging parents needing a ride to the doctor.

“Wouldn’t it be great to have a place here?” she had asked.

He had laughed and told her they could never afford it. The words had just left his mouth when she had said, “Stop! Look at that cute little cottage for sale.”

He had pulled off the road. “I think it’s empty, let’s look around.”

“What if someone is in there?” she had said.

“They want to sell it, they won’t care,” he said and she had waited in the car while he went to check it out.

He had leaned against the front door and peered through the glass, and then had disappeared around the side of the house. “It’s a crazy little place,” he had said when he returned. “Hasn’t been decorated since the ‘70s. Orange shag carpet everywhere.”

The cabin sat on a hill and he had gushed about the beautiful lakeshore,  sand beach and great view. “I’m calling the realtor,” he had said. She had balked and questioned how they could pay for it.

Thirty days later it was theirs. They drove out every weekend and returned Sunday night in enough time to reorganize for the week ahead.

On a spring weekend, twenty-five years after they had bought the place, they had impulsively decided to leave the suburbs and move here permanently. Their own parenting and work lives and all that busyness were over. Time to relax.

Now, the cabin that had hosted multitudes of family and friends was quiet. Their son had moved to Wisconsin ten years ago, and their daughter to New York City about the same time. Summers would bring them back with their families. But they didn’t come anymore.

“Don’t take a chance with the kids,” she had said on a phone call with her daughter only a few years ago. “What if you run out of gas? It isn’t safe to drive this far anymore.”

“I know, we miss you too. But it just isn’t a good thing to do right now. What if your car breaks down by Chicago? It’s so bad around there. We’ll come to you soon.”

When had it all started?

“I have to get another section for the dock,” he had said one spring weekend about ten years ago, “the lake is going down.”

Two years later, four more sections of the dock had been added. “It’s no use,” he had finally said. They had hauled the dock out in the fall, stacked it on the side of the cabin, like they did every year and sat on the weathered Adirondack chairs on the top of the hill.

“Want to buy a boat?” he had joked as they had looked down at all the abandoned boats and water toys that lay along the endless stretch of dried-up shoreline.

They held the handrail as they descended the steps to the beach. The sand stretched 400 yards in front of them. If a big wind blew it was gathered up into small whirlwinds and danced across former fishing holes and water skiing paths.

“You notice the bird noises are gone when there’s no wind,” he said.

“I’ll never forget the time we were here – one of the first times actually, and Mattie fell off the dock – when it was just a few feet from here? Never been so scared,” he said.

A roaring could be heard above and they looked up. “What do you think they are?” she asked.

“Remember how I used to fill the tub with the hottest water I could stand and lie in there for an hour?” she said. “I loved that.”

“I remember, too. You left me with the kids,” he said and laughed.

“How could it have been different?” she said.

“Plenty of blame for everyone,” he said. His arm went around her shoulder. “We better go.”

“Will we see them again?” she whispered, and he told her was praying they would all be waiting at the little house.

Their son-in-law had inherited a tiny house that sat on ten acres near the Swan River in Manitoba’s Interlake District. The whole family had trekked up there one week in July after he took possession, but everyone declared it was too remote.

Five years ago remote became desirable. They went several times over each summer, hauling fix-up things in an old covered trailer. All work was done inside. No paintbrush touched the weathered siding and no weeds were pulled along the path. It was to look abandoned and uninviting.

A new furnace was installed and connected to one of two large propane tanks, hidden under huge piles of brush. It ran all winter at 50 degrees so pipes and supplies did not freeze. Next came a wood burning stove and trees were felled and cut up into firewood, preparing for a time of no gas. A generator was stashed in a rickety shed along with skis and sleds both for fun and transportation.

The kitchen cabinets were stocked top to bottom with canned goods, baking mixes
that could be made with powdered eggs and milk, candles and countless jugs of water. Packets of seeds were carefully placed in bins for future planting. No one had ever said the word survival. But now, it had come to that.

“I’m just praying they find a place to get across,” he said “The last report I read said you could still get across at Niagara Falls for two thousand per person.”

“Will it be two thousand for us at International Falls?” she said.

“People were posting that amount up until Tuesday when the broadcasts stopped. The kids must be on the road by now,” he said.

“Will they wait for us?” she said.

“That last news report, what did they say?” she asked.

“I thought you didn’t want to know.”

“They were landing in all the port cities,” he said. “Then there was only static.”

The roaring above became louder. She had to shout to make him hear her next question.

“They’re in the trunk, one under my seat.”

Several years ago my husband and I attended a lecture by a geologist. We were at a retreat at a folk school in Door County, Wisconsin. The geologist focused on the Niagara Escarpment. He was very interested in land use and ecology. It was a fascinating talk. He made a startling statement – “The next war will be fought over water, and where do you think everyone will come for fresh water?” He took his pencil and pointed on a large map of the United States to the Great Lakes. “Right here,” he said and I remember feeling chills down my spine. I live in Minnesota – home to Lake Superior – the largest of the Great Lakes. Minnesota has 10,000+ lakes. If you live here you spend a lot of time on the water in both winter (it’s frozen) and summer. It is vital piece of our day-to-day lives. Since that time I’ve noticed many articles about water usage, safety,  storage, and now water as a commodity to sell. Other states have proposed buying water from my state. The idea for this story was born the night of that lecture.

Linda Maki's writing life began when she wrote a play in sixth grade and her class performed it before the whole school. Her dream was to be a Broadway playwright, but instead her love of books led her into a career as a librarian. It was a wonderful job and when she retired several years ago, she decided she would spend lots of time writing. Minneapolis has an exceptional writing venue called “The Loft.” They offer classes, lectures, author events and even a store full of beautiful notebooks and pens. She has taken many classes there and has been working on poems and recently short stories. The story, “Water” that appears in this issue of Persimmon Tree is her first attempt at this form of writing.
Next: Hooked Up »
Home | Archive