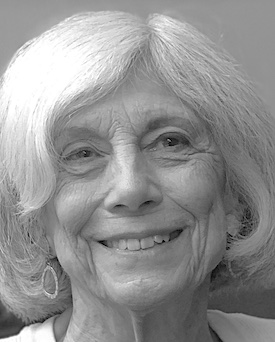 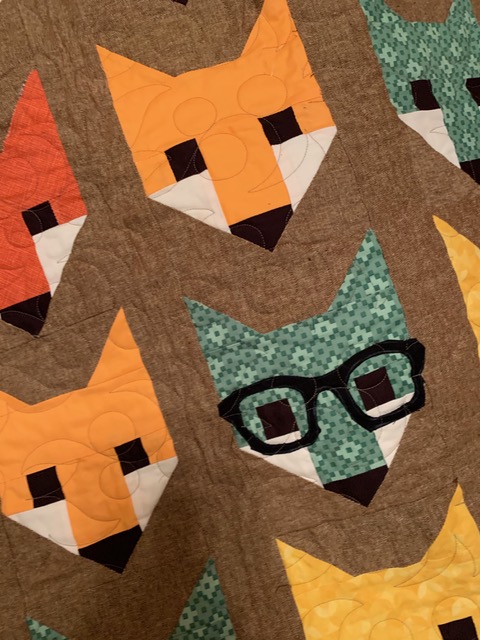 Quilt by Susan Bryant
My family lived in the chauffeur’s apartment above an unused carriage house on a nearly abandoned estate with miles of dilapidated, private roads. I had a selfish little sister and a sweet baby one. I cried when the greedy sister grabbed my toys, cried more when my mother scolded me for being babyish. I was a big girl, she said. I had to share. I was four.

My mother grew tired of that bad sister’s grabbing. She grew tired of my crying and biting my nails. One afternoon she opened the door to the outside staircase and told me to go down by myself and play until sunset.

And every afternoon after that, she sent me outdoors. I explored lonely paths that went this way and that to the gardener’s cottage, the hunters’ lodge, the twisty apple trees, and the big main house, where no one lived. I picked buttercups rising through cracks in the roads. I patted the stone lions guarding a weedy garden. I talked to the chickens who lived behind the carriage house. There were broken walls on the estate.

Between the carriage house and the gardener’s cottage, there was a field that no one mowed. The grass was so high that when I went close I couldn’t see over it. That field was just there, like a house or a tree, something to walk around, on my way to someplace else. My father said it covered an acre.

At breakfast one morning I told my mother that the day before when I was out and about, I’d met a woman named Lookie who lived inside a small box on the wire that ran from a pole to our home. The box was as small as my hand, which meant that my father might be wrong when he said no one lived inside our radio, and I begged my mother to bring my bad little sister and me to visit Lookie. My mother told me about dreams. She knew I’d had one, she said, because no one could live in a box on a wire. No one could be that small.

But she could be wrong. The winter before, she and my father had insisted that I share my sled with my sister. Having her on my back made us so heavy that the sled got stuck halfway down. My sister and I kept going, her face nestled into my jacket, mine scraping against the crusty snow. When I saw the blood, I understood. Mothers and fathers don’t know everything. So after my mother told me that Lookie was just a dream, I searched for tiny homes in woodpecker holes, under clumps of green moss with red flowers on stems smaller than the hairs on my mother’s arms, and in root tunnels that began where trees met the ground. Maybe there were chapter-book worlds near the carriage house.

One day as I walked past the field, I saw a break in the grass. In I went, onto a path so narrow that my mother wouldn’t fit.

The path turned. Little purple flowers clustered close to the ground. I saw a clover patch, yellow butterflies, and a tiny grasshopper. How could a grasshopper be so small? My pull-toy grasshopper was, like most grasshoppers, as big as my mother’s shoe. If my sister could learn not to be selfish – maybe when our baby started stealing her toys – I might bring her here.

The path turned again. Grasstops shone in the afternoon sun like the gleam of wheat on copper pennies.

The path divided, and divided again. I found twigs, seed pods, a mica-flecked stone that I put in my pocket, grass stalks to chew, and a hopping toad. I followed him. He disappeared. Shadows grew longer until every path was in shade.

My mother counted on me to be an obedient child, always back at the carriage house at sunset and on cloudy days, before dusk. If I didn’t run up the stairs when she and my sisters expected, mother would worry the way she did when my boots and I got stuck in a snowdrift she couldn’t see from the window.

The golden sun faded from the wheaty tops. It was time to go indoors.

I turned. I couldn’t see where I’d started. The path divided, as it had when I’d gone in. I tried one path, then the other. They looked so alike I couldn’t tell where I’d been or where to go. Choices led to choices, not the way out.

I don’t remember how, just before sunset, I found my way out. I was astonished it was easy after being so lost.

I ran up the outside stair and through the open door.

For the next week, every afternoon when she opened the door, I ran to the place where the grasses bowed to make the narrow opening. Sometimes I went one way in the field. Sometimes another.

The problem was that I knew those paths so well that I couldn’t recover the feeling I searched for – the feeling of that first day in the field. It was not the enchantment of wandering through tall grass that I sought, although I did love that magic. What I wanted, really really wanted to feel once more, was the knife sharpness of losing hope and then finding the glorious way to my bad little three-year-old sister.

I have come to believe that we write stories when our emotions are too complex and too one-time to be named with a simple noun like joy or anger. “Breakthrough” is about getting lost in a field when I was four. It is about my little sister. It also concerns an emotion that has no name. In this case, although I’m oversimplifying it, it is the emotion that propelled me to attempt to relive an experience that was impossible to relive. It may seem odd that one of the catalysts for “Breakthrough” was a story I recently wrote about my adventures hitchhiking from Rome to London in 1963. As I wrote my hitchhiking story, it kept getting tangled with my memories of getting lost in a field. But the field detracted from the arc of my hitchhiking story, and thus the field ended up in my outtake file. It was only after a member of my writing group wrote a story about her sister that I realized “Breakthrough” was a story waiting to be told on its own. Now I wonder if other nameless emotions lurk among my outtakes.