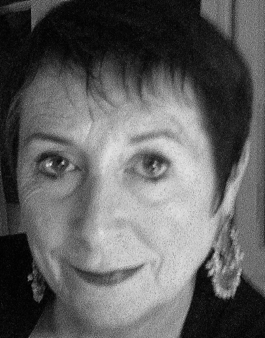 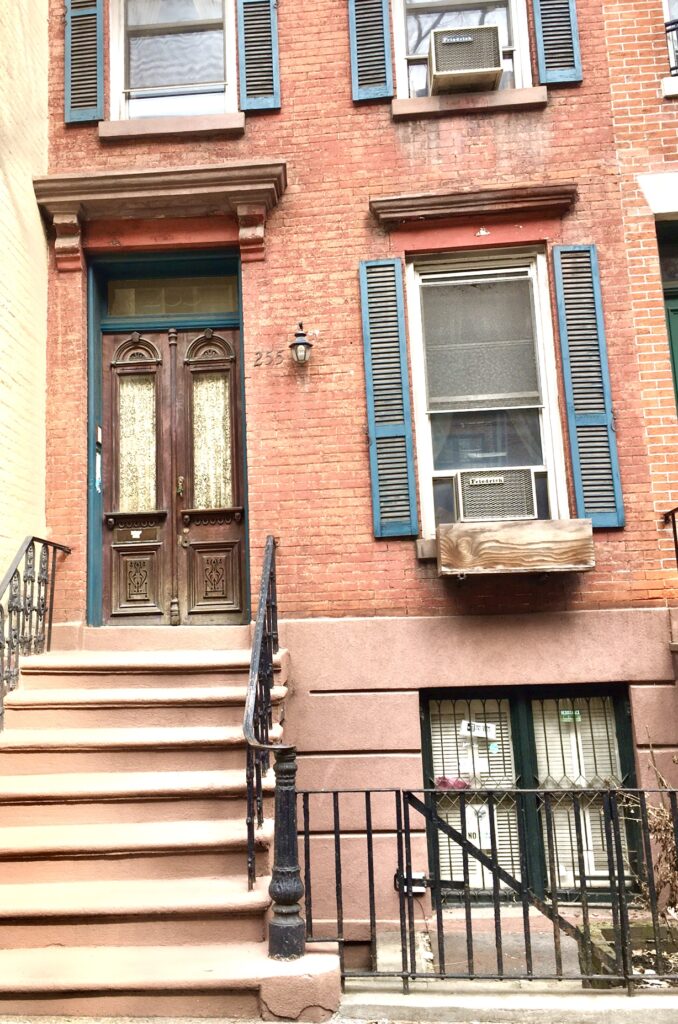 The House with the Deck by Sue Leonard

They have just arrived. The taxi has dropped them – at last! – in the narrow New York street, in front of the familiar brownstone house. As soon as they extract themselves from the yellow car, a humid heat surrounds them, whose moist caress they recognize with pleasure. Their friends are there, sitting on the stoop, waiting patiently for them as usual. They rediscover the noises of this city, ceaseless horns, siren wails (disturbing and reassuring at the same time) and the hum of huge air conditioners hanging from every window, every wall of this posh neighborhood.

They rush now into the old house. The walls that shake under the weight of so many books, the flights of stairs that take time to reach the fourth floor, the windows that creak a little, the warmth of the thick old carpets – everything here makes them want to roll on the floor and just stay there quietly, without moving, happy to listen to the conversations. Because the words that fill this home aren’t ordinary talk. Its master is a writer. Sitting all day in his tiny, dark office, he doesn’t move from it, or very little. He reads there; he writes there. He is a warm person, though, an observer. So fascinated by the world outside that he sometimes agrees to leave the shaded street.

The ceremony of carrying the luggage to the top takes some time. But they do not want to linger in their rooms. They feel welcomed by the pictures, the posters, the hand-embroidered pillows for the children long gone, and the books, all the books that cover the walls like a tapestry. They inhale deeply the ancient smell of the rooms, the light breeze blowing from the fans – the owners don’t like air conditioning, it would be a dishonor to this old building. And then they give in to their desire: to tumble down the stairs, all the way to the bottom, to the summer deck.

And that is where they finally end up. At home. After the hurried departure, the taxi, the waiting in line at the airport, the unending flight, the airplane meals, the inaudible movies, the long wait at customs, a taxi again, and, with their hearts beating, the skyscrapers they recognized from far away, from the highway. They take their seats on the teak benches that surround the little space giving on the garden, under the still tree. They talk no more, although the children would like to go down the steps to look at the flowers. Their friends bring out the green cushions, the small table for aperitif; other guests are expected.

With a pleasing languor they let themselves go, they dive, they swim in this bath of friendship, this calm water whose taste they know so well, in the soothing feeling of being back where they belong – odd, when they think about it, since they are now thousands of miles from Paris. They know, of course, that the little island of the garden, snuggled between the tall buildings, is no more going to protect them from the huge city than the grey wooden fence that surrounds it. They don’t forget the dozens of windows overlooking them, from which, perhaps, indiscreet spies are watching. Thirsting for more experiences , they feed on the different noises, all these unknown lives whose echo they perceive, with this feeling of indifference wrapped around them, reassuring them.

Their children seem happy, too. They are all beginning their holiday ritual in the midst of the ever-moving city. From one year to another, coming back from many travels, each of them has left something in this garden, between these hundred-year-old walls. This place is a harbor, a music box that plays for them, again and again, the music of their past: little girls in overalls, red-cheeked babies, bagels and salmon, passionate writers, mourning and fraternity. This house is theirs. Their friends gave them the key.

Moïra Sauvage is a Franco-Irish freelance journalist and feminist writer. A mother of four, she’s been travelling around the world for 40 years. She published a book on Eve Ensler’s V-day movement, “Les aventures de ce fabuleux vagin” (2008), and another on women warriors of today “Guerrières. A la rencontre du sexe fort” (2012).