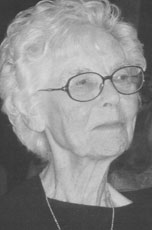 Sixty-five was the age at which most of my fellow workers retired. It was a close call, but I managed to talk myself out of it. However, when seventy came near, there seemed nothing to do. Love my job I might, but at seventy retirement was mandatory, or so it seemed. Suddenly I was no longer a professor but filled in an odd course here and another one there for just over a year. After this, retirement—full retirement—had me in its grip.

Life proved pleasant enough. I amused myself working on a little research, purely for my own enlightenment. I engaged with my church and participated actively in a women writers group. I got permission to attend Latin classes at the local university, as if I were a seminarian, and I played with the idea of getting a degree in classics. I might have followed through on this, but Death began to change the picture. The friend with whom I shared a house died; also my mother, who lived on her own in England, increasingly less able to cope with independent living; and some very special aunts and uncles—one after the other they left the land of the living.

It was a shock when I realized that I was the eldest among my cousins, and that there was no one left in the generation above my own. Equally shocking was it to realize that I had become eighty-nine years old and had been retired for almost twenty years! Ever so surely, my ninetieth birthday approached.

Where had the time gone, and what did I have to show for it? I felt I had dreamed those years away, expecting, waiting, to die. When people told me how healthy I was, and that they looked forward to celebrating my hundredth birthday with me, I recoiled in horror. The twenty-first century and I have nothing to offer each other. Firmly rooted in the twentieth century at its simplest and least technological, I am a denizen of a vanished but loved past.

I sat down and thought hard.

Then I got up and phoned a friend. “I’m going to give myself a ninetieth birthday party and ask as many friends as possible to be there. And after that I’m not going to have any more birthdays. They shall be banned by fiat!”

I wanted to hold the party at Reinhardt Alumna House on the Mills College campus, a splendid and attractive place carrying for me many happy memories. To my delight, the college made a free gift of it for the occasion. After that, it was both more and less simple. I never had to raise a finger or open my purse, and I became more and more overwhelmed by the outpouring of generous gifts from all segments of my life. A friend from my church and another from our Sierra Club hiking/camping trips underwrote small fortunes in flowers, waiters, Greek “mezethes” (real Greek hors d’oeuvres, not just masses of stodgy dolmathes). My near and dear neighbors provided watchful eyes for those guests needing talk and attention.

My sister writers were marshaled by our teacher, who had cheered, edited, and improved all of us, helped by the volunteer vicar. The writers put on a show featuring some of my writing, as well as a good deal of theirs. Friends who had worked at Mills alongside me arrived to wish me well. Almost everyone I loved was around that evening. I had nothing to do but enjoy myself. And did I ever!

“Well,” teased a very favorite friend, “now just concentrate on staying with us for the next five years.”

“That’s far too long!” I protested. “I want out of this techno-trap world.”

Eventually we compromised on three, which gives me two-and-a-half years of a life I hope to live more intensely and thoughtfully than the previous twenty years. Of course I don’t know if nature will respect my timetable, and I don’t intend to hasten my departure, but three years seems a likely period.

In the meantime, my wish to live more intensely and thoughtfully seems to be coming true, particularly in my engagement with the world. Last fall I decided to raise money for a local food bank. I wrote to all my friends, particularly my writer friends, and asked them to donate something—a poem, a story, some money. I was amazed to receive a goodly sum and a sheaf of poems.

So, I don’t know what the future will bring. God knows, and all the rest of us must just stay tuned.

Roussel Sargent was born in the hamlet of Acocks Green, England, in 1917. She made her first American friends as an undergraduate at the University of London, and with their encouragement came to California in 1958. She taught English Literature at Mills College in Oakland for 27 years, with great delight.
Next: Pushing Eighty — Still Pushing Books »
Home | Archive