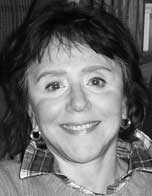 She had not spoken to Bruce, her brother, in several years. Her move from New York to Vermont hadn’t caused their estrangement—it had always been an aspect of their relationship—but she had been able to deny it until the time she asked to stay overnight in his and Jane’s empty bedroom in their Greenwich Village apartment, and he’d said no.

When Jane, Bruce’s wife, died, she did not attend the funeral. But two weeks later, her niece called to say that Bruce had not gone back to his lab, and according to neighbors and the doormen, he hadn’t been out of the apartment. Would retired Aunt please go down to New York and look after him?

“Why should I go outside?” Bruce said.

“What good is toothpaste in the tube?”

“As good as shit out of the asshole,” he answered.

That was the battle. When they were children and Bruce was a young chess master, their father had taken him downtown to Greenwich Village to play the old-timers at the stone tables. He would not teach his daughter the game because she was a girl—but Bruce did, and he allowed her to play with him. When her position bored him, he’d turn the board around, take her side, and beat himself.

All these decades later it wasn’t chess, and Bruce wasn’t turning any boards around on her anymore. He was the one who couldn’t make a move.

“What are you doing?” he asked.

She was pruning Jane’s huge geraniums on the windowsill. “You’ve got to cut them back or they get leggy. Jane kept them beautiful.”

The scent of cut geranium hurt. He pressed his chest.

She kept pruning and said, “Now what?”

“Try to make me feel better.”

“With you, it’s more like bungee jumping than condolence.”

Bruce stood up from the black couch and walked away. That was progress.

Ten days followed in which she went out every morning, down to Battery Park City or up to the Cloisters. She met old friends for lunch behind the 42nd Street Library in Bryant Park. On the way back to her brother’s apartment, she picked up groceries at mini-marts, feeling claustrophobic after decades in suburban supermarkets. She called her husband in Vermont and then cooked a light meal for Bruce. She poured him wine. He ate and drank.

“Mommy would have had no patience with this,” she said.

She had put on the CD of Beethoven’s Ninth Symphony that she’d brought from home. “Do you have a Condolence Kit?” he asked.

“You can get them on EBay,” she answered.

Bruce returned to the black couch. The setting sun was visible out the window. The second movement of the symphony began molto vivace. She sat down on the loveseat facing him. “Once upon a time, when I came home from an exam, there was a candle burning on the kitchen stove, and Mommy told me that Aunt Ruth had died. That Daddy had found her in her bathtub.”

“Your amnesia about childhood must have freed up all the ROM needed for your scientific triumphs. It explains a lot about you.”

“It would be a welcome thing, don’t you think,” she said, “to be able to forget oneself entirely for periods of time? Like taking a vacation. What a relief that would be. At times, I would so like to drop myself off somewhere.”

Bruce laughed. “I’d like to drop you off somewhere, too.”

She stifled her joy and went on, “I’ve thought of that scene a lot, Daddy finding his younger sister’s body in the bathtub. Mommy was the one who told the stories, so I don’t know if she made it up about Aunt Ruth being engaged to a soldier who died in WWII, or that she had a nervous breakdown in college. Or that Daddy was valedictorian of his high school class upstate—although it wasn’t the same big deal as you because there were more than 1,000 kids in your class. All those New York City-wide awards.”

“Any phone calls today?” she tried.

“I wonder if Aunt Ruth just gave up. Committed suicide. When Gloria was five and Gilly was just seven months, Jim didn’t want a third baby, so I didn’t have it. I didn’t feel physical pain or numbness at the time. I was surprised six months later that I actually felt happy marching and singing with Gloria in her school’s Memorial Day parade. Happy for the first time in six months.”

“Most people communicate chiefly by rumor. You and I didn’t even do that. You believed the stories Mommy told you about me, and I always knew the stories she told about you: The Hero. The Messiah. The Nobelist—Noble-est.”

“Jane and I thought you were like Mrs. Dalloway.”

“That’s your Nobel Prize-itis flaring up,” she said. “You think you know everything. You misunderstood. Mrs. Dalloway isn’t shallow.”

“Then Life is shallow.”

“What are sops?” Bruce said, disinterestedly.

“I share Mommy’s admiration for you. Not the idol worship, but the real deal. For doing the work you do. When I was fourteen and had appendicitis, you carried me from the house to the car instead of Daddy. And when I was in the hospital for such a long time, you called me from college and sang to me from The Fantasticks. “Deep in December… Without a hurt, the heart is hollow.”

“You also phoned me when I told Mommy I was pregnant with Gloria—to say how pleased you and Jane were because you had thought I was too selfish to want to have children. That, after three years of infertility torture.”

“Why are you crying?”

She got up and went into the kitchen to busy herself making a pot of tea. There was a pass-through in the wall between the kitchen and living room, and she leaned over the sink toward the opening, “I only remember seeing you cry two times, when you were ten or so. Once when you didn’t get chosen for a Little League team. The other when you broke your arm playing stick ball. I remember you lying on the couch looking frail, which surprised me, and Mommy calling Daddy at his office, which scared me.”

She passed Bruce a mug of tea. Returning to the living room with her own cup, she took a photo from her pocketbook resting on the piano bench. “I found this before I came down,” she said. “It’s for you.”

In the picture, four grinning teenagers were piled in an uneasy pyramid, two boys as the base, two girls as the second tier, and a third, smallest girl at the apex. They wore bathing suits. “There we are, the four of us, with Jim’s sister on top. Jane looks so pretty.”

“So we don’t get to the Ode to Joy? Maybe we’ll never hear it again. Enough.Dayenu.”

“I thought you had given up on religion.”

“I’m with Wallace Stevens on the subject of ghosts in the machine,” she said.

“Which means I will stop. But you won’t. I’ll go back to Vermont tomorrow. And if you don’t get moving, I’ll be back.”

“Is that a threat or a promise?” he said.

Bruce’s sweeping gesture took in the room and situation. “This isn’t a metaphor.”

“How do you know? You’re the scientist. You know how hard it is to wheedle any verifiable information out of Reality. It’s like trying to get you out of this apartment.”

He had finished his tea and walked into the kitchen. He spoke through the pass-through. “When the Towers fell, I was in D.C. doing peer review. Nothing was moving, and I couldn’t get back to New York. After a few days, I finally got back home.”

She knew this story. She had called Jane that day to make sure they were all right.

“I wish I could go home now,” he said, and went into his bedroom.

The next morning, Bruce showered, shaved, and dressed before she awakened. She packed her small bag before venturing into the kitchen. He had brewed a pot of tea in a metal ball in the teapot. The bran mini-muffins she’d bought were on a plate, and cranberry juice was poured in two small glasses.

“I’ll drive you up to Penn Station,” he said.

En route to the basement garage, she was relieved to see that everyone they passed in the hallway, elevator, and lobby reacted with familiar New York behavior: guarded recognition when there was any, self-absorbed indifference the rest of the time. Perhaps the young man in the garage moved more quickly to bring the car around, but it was impossible to know. The uptown drive was silent in the car, city cacophony outside. Bruce pulled up behind the taxi line on the 8th Avenue side. Instead of a farewell kiss, she took out a gift she’d picked up for him earlier in the week.

It was hours later when he looked at page 66. He’d driven back downtown and parked again in the garage, but then he went for a long walk that took him to his lab, where he became absorbed and lost track of time. A colleague took him out for dinner, refusing to be refused.

Alone in the apartment that night, he read:

What is the difference
Between your experience of Existence
And that of a saint?

And that the Beloved
Has just made such a Fantastic Move

That the saint is now continually
Tripping over Joy
And bursting out in Laughter
And saying, “I Surrender!”

Whereas, my dear,
I am afraid you still think

You have a thousand serious moves.

Lois Bassen became a reader for http://www.electricliterature.com in 2009 and was the winner of the Atlantic Pacific Press Drama Prize. She has won a Mary Roberts Rinehart Fellowship, and over two decades has been published in many lit magazines. She is a prizewinning, produced, and published playwright (Samuel French, Month Before the Moon, and Next of Kin at New York's ATA). She is the commissioned co-author of a WWII memoir by the Scottish bride of Baron Kawasaki.
Next: Dance With a Stranger »
Home | Archive