I first saw Shirley Faktor’s powerful work in a private collection in California in the late eighties. I was drawn to this artist, and when I met her a few years later, in Jerusalem, she showed me some of her recent pastels. The ones I remember most were huge drawings of faces—none of them showed the whole face, just an eye or two, a nose, sometimes a mouth, and the emotion in these drawings was overwhelming. Here was an uncompromising artist, refusing to blot out what she saw, whether it be anguish, malice, radiance, or fear.

After forty years of drawing, Shirley Faktor began to paint. At that time she was in her late-fifties. One group of her paintings—which is shown here—investigates the intertwined themes of aging and beauty, and the state of being covered or uncovered.

As she says about this sequence, “‘The Dead Christ’ by Mantegna is the visual inspiration for ‘Portrait of a Marriage.’ Other images of new life and aging underscore the experience of impermanence. Flowers inhabit some of the paintings—flowers of feminity, death, birth, and peace. The paintings depicting fabric, material, and coverings are linked to the history of European painting while being both a metaphor for the immaterial part of being human and at the same time a splendid distraction from it. And the hand and the rose are human terrain for the meat of us and the soul of us . . .” 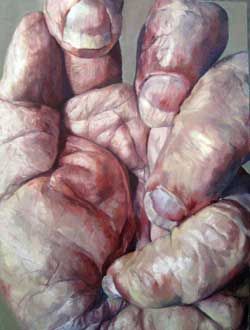 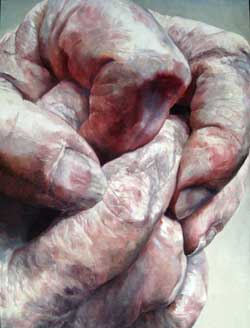 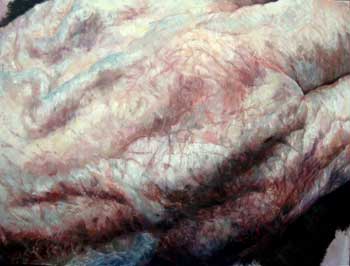 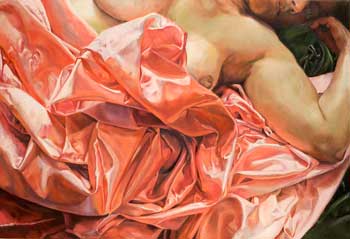 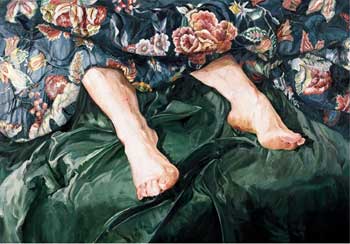 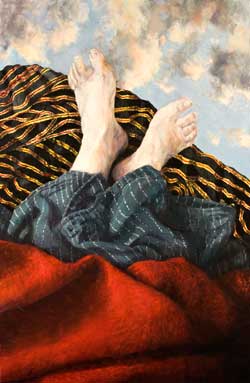 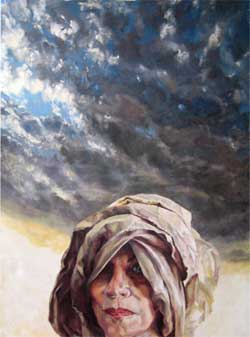 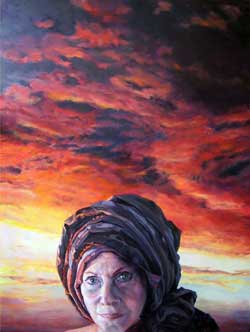 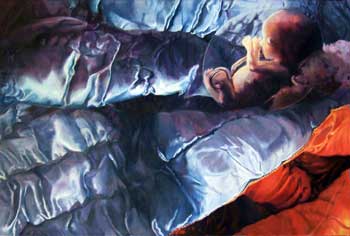 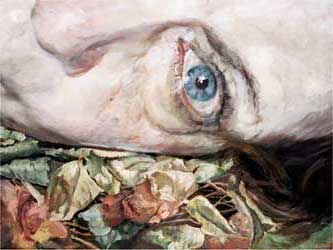 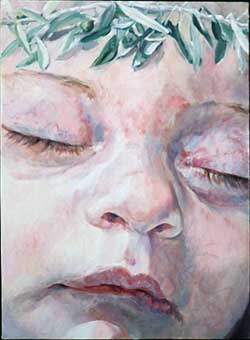 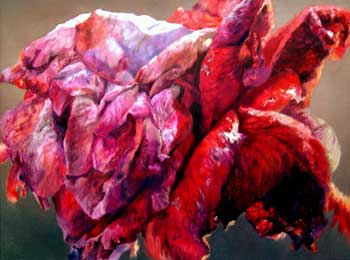 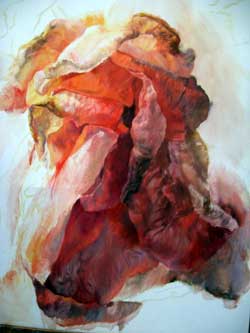 Shirley Faktor, who was born in South Africa and lived in New York, taught at the Academy of Bezalel School of Arts and Design in Jerusalem until 2005. Her drawings and paintings have been exhibited in Israel, the U.S., and Europe. Her work is included in private collections in Israel, South Africa, and the U.S., and in the collections of the Israel Museum, Jerusalem, and the Jewish Museum, New York.

1 thought on “Paintings: The Cyclical Nature of Life”