Dorothea Rockburne has been called a distinguished abstract painter whose work is cerebral, rational and schematic, yet deeply sensual — while creating an illusion of suspended radiance.

Rockburne claims inspiration from two significant sources. While attending Black Mountain College in North Carolina, at age 18, she found painting classes to be less interesting than courses about mathematical systems: topology (which she describes as “a way of thinking about the space in our universe as one continuous surface with gravitational indentations that we call stars and planets”), set theory, geometry, harmonic intervals, the Golden Section and Fibonacci numbers. Rockburne found further inspiration baking with her daughter. “Christine and I made this chocolate cake one day. It was a rectangular cake, and I had bought sugared candy violets and we put them all over it. She was five and wonderful, so every moment I had with her was really precious. Then she cut a pie-shaped piece from the rectangular cake because that was all she’d ever seen. I looked at it and I was astounded.”

She says of her work, “The final painting is meant to be experienced visually. I take it for granted that my depth of soul and visual discernment will be contained in everything I do… there is a kind of magic to geometry and higher mathematics… My ambition in painting is to perceive and construct a spatial geometry for the 21st century.” She also insists art is “absolutely political in that it’s a force for the right — for happiness, for humanistic values. It’s not a commodity.”

Sensuous. Intellectual. Political. But also religious, trying for the “experience I have had in Catholic Church. The way in which the atmosphere is thick from the stained glass windows creates a tremendous sense of space. … I think that paintings are like angels; they go out and plant their messages.” 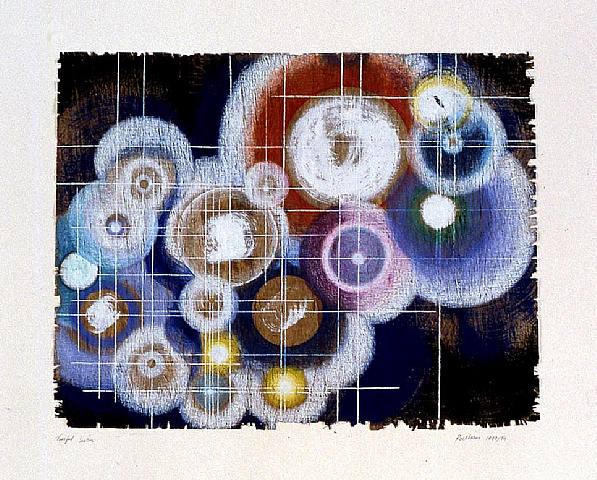 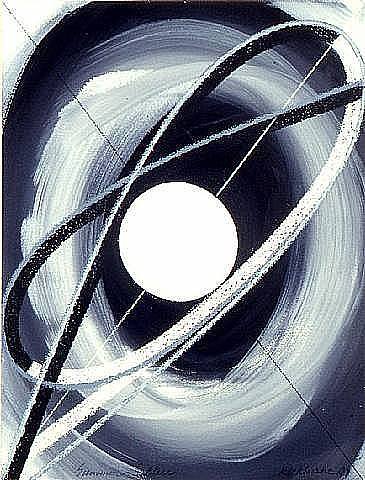 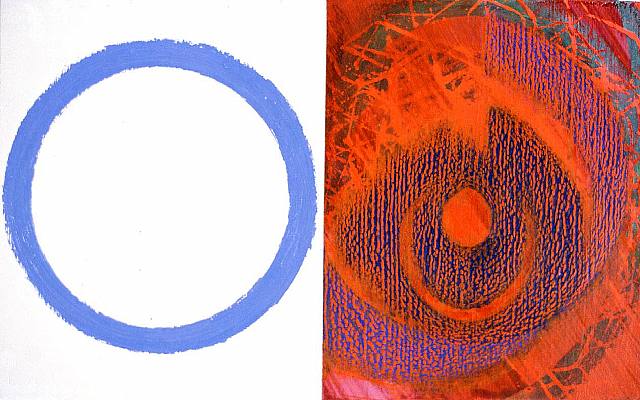 Zero to One
Two panels, Lascaux Aquacryl and Caran D’Ache on gessoed masonite 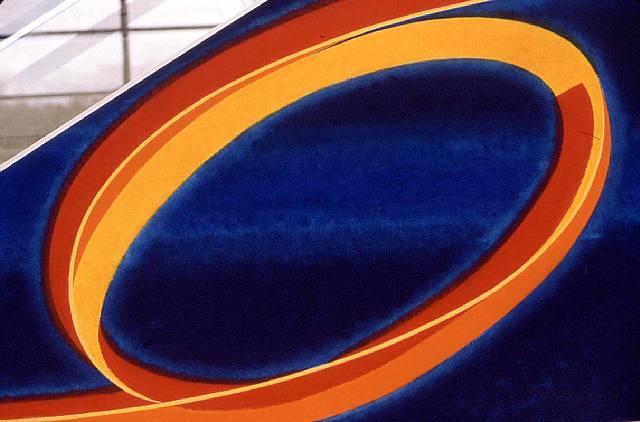 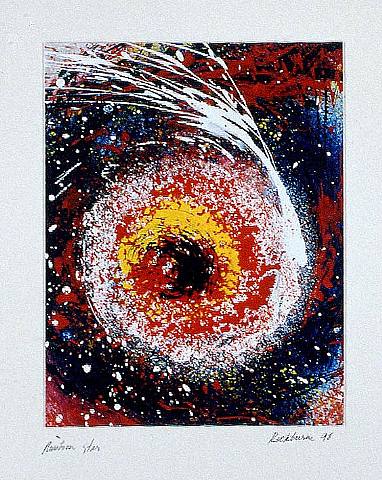 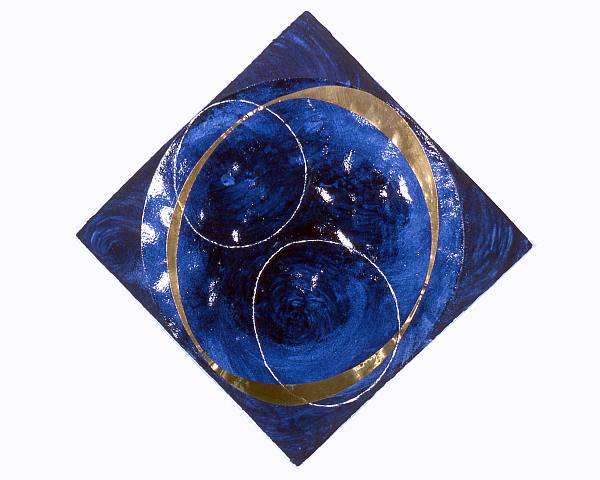 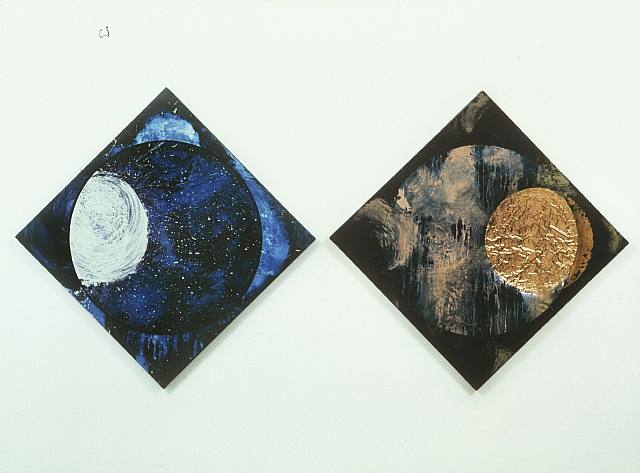 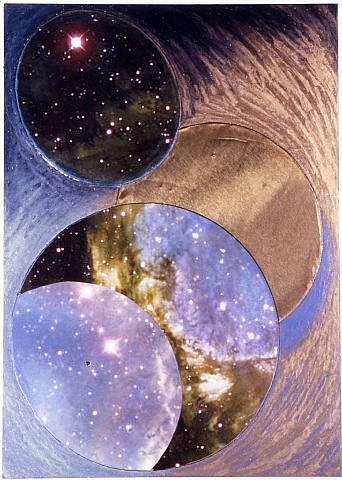 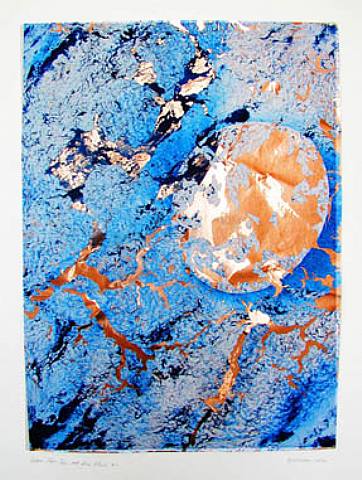 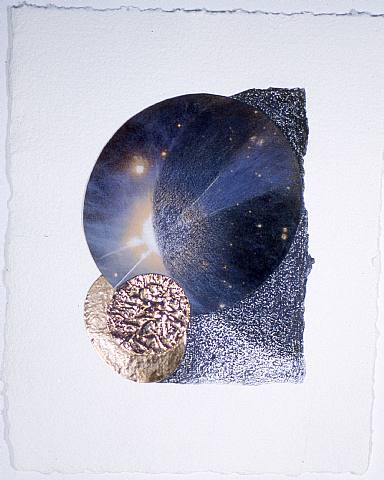 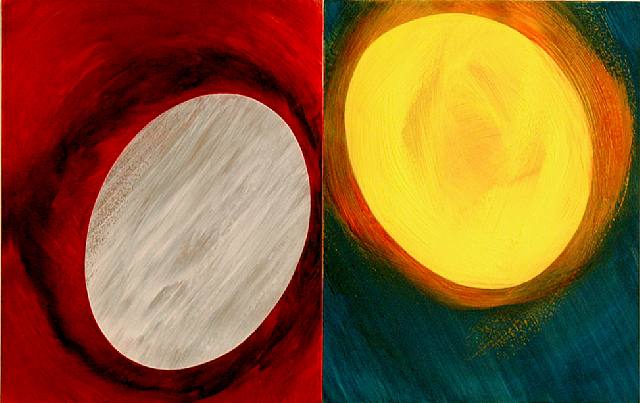 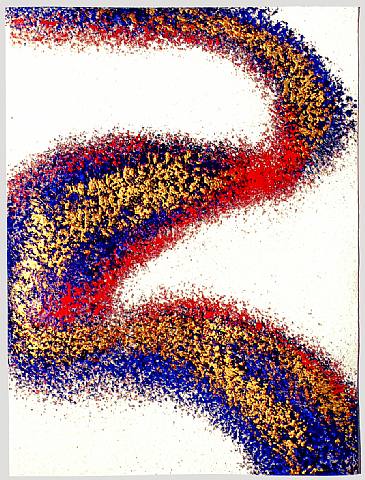 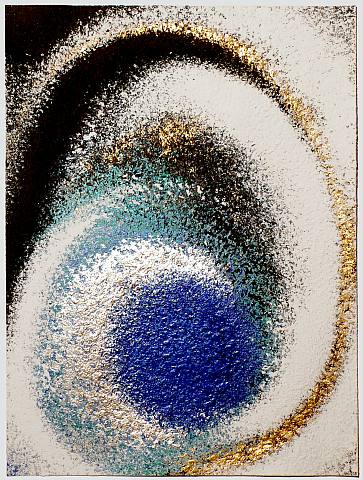 Geometry of Stardust: Secret Relationships, 2009-10
Lascaux Perlacryl and Aquacryl paint,
Golden High Load Titanium White acrylic, and
gold leaf on Strathmore 140 lb cold press watercolor paper
Dorothea Rockburne was born in Montreal in 1932. She attended Black Mountain College in North Carolina (a school based on John Dewey’s theories of education) where art was central to the curriculum. In 1955, she moved to New York City and was part of the artistic and literary community. She has been a Guggenheim Fellow, has received support from the National Endowment for the Arts and has taught or lectured extensively at universities and museums.

Rockburne has had more than 50 solo shows and has been included in over 400 group exhibitions including the Whitney Annual (1973), the Whitney Biennial (1977, 1979) and the Venice Biennale (1980). Her work is part of the permanent collections of MOMA, the Whitney and the Met in New York; the Hirschorn, the National Gallery and the National Museum of Women in the Arts in Washington, D.C.; the Philadelphia Museum of Art and the Walker Art Center in Minneapolis. She lives in New York City.

2 thoughts on “Geometry, Astronomy and Angels”