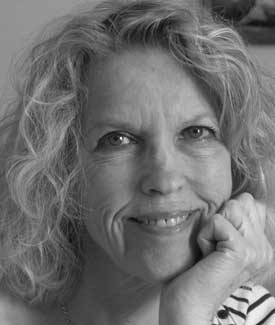 Don’t get me wrong. This is not an appeal for perfect speech. Nor is it a picky defense of impeccable grammar. Any person attempting to set forth an idea has every right to stammer, paraphrase and carelessly split infinitives. Quirks, hesitations and malapropisms are to be expected, as are colloquialisms, slang and the embarrassing groping for words. Not everyone is a silver-tongued orator. Such is life.

But I must take issue with a ubiquitous language parasite whose pervasive presence chops up the fluidity of every phrase it infiltrates. Peppering speech right and left, it brakes the power of delivery while bringing about a sad pauperization of language. It’s only a word, one little word, but it’s everywhere: the pernicious like.  Like I don’t get it. I’m like scratching my head. I’m like hello?

Careful analysis has revealed that like still qualifies as a qualifier. “I am like tired” should be no more offensive than “I am sort of tired.” “Sort of tired,” however, is still tired; it’s just a question of degree: Would that be knackered and exhausted or just weary and listless? “Like tired” seems to indicate not tired at all, but something similar to tired…perhaps sleepy or dull, retired or even pre-retired.

I have garnered some interesting examples from shameless eavesdropping. Just before boarding a plane, I once overheard the gregarious fellow ahead of me, in friendly confab with his future seatmate, offer an exciting rundown of a recent business trip. Unable to keep up with the number of parasitic likes, I lowered my guard. I tuned out. But I was jolted back to my research when I heard “and then the plane like landed.”

Like landed? Excuse me. How can a plane like land? Either it lands and all of its passengers disembark in a display of haggard disarray or… Young man! Can you please tell me how a plane can like land? But I refrained from interrupting his narrative, preferring not to wag my finger at callow youth. Maybe all of this like business is rule-governed and I’m just the last one to catch on. Consider the options:

Then the plane like landed. Doable, duh, see above.

Then the like plane landed. Oh-oh, this one doesn’t trip off the tongue. Why not? I don’t know, but somewhere lurking in the linguistic shadows I suspect rules, codes, conventions. …

The like situation didn’t arrive out of the blue. We’ve been working our way forward little by little, beginning when reported speech—“I told him to come”—started to sound almost erudite compared to the simple self-quotation: “So I said, ‘Get your fanny over here.”’ Once the world of self-quotes was firmly established, it was only a short sprint from “I said” to “I went” to “I go” to the ultimate fine tuning of today: “I’m like” (followed by self-quotation). “I’m like ‘huh? I’m like whoa. I’m like omigod!’” Um, yes, it is contagious.

Here is my question: Are there any like-minded individuals who wish to rise up against this epidemic? Is there a symposium out there willing to address such a scourge? Could English teachers, word lovers, moms, dads and regular folks alike pool their ideas for a cure, or failing that, perhaps palliative care for the infected and quarantine conditions for the still healthy?

I don’t believe a scalpel will work. Nor will threats, rewards or high-minded examples. But how about replacing every “like” with a specific synonym? I vote for “tantamount to.” And then the plane tantamount to landed… I’m totally tantamount to omigod… You don’t agree? I’m tantamount to why not? Such an effort will harm no one, it doesn’t deviate much from the basic, original meaning of … of like; it is, admittedly, a mouthful, but that’s tantamount to the whole point. Sooner or later, the law of lesser effort will prevail, the four-syllable “tantamount to” will fall by the wayside and the like contagion will be stamped out forevermore. Totally! Utterly! Or, if not, then, hopefully, at least more or less sort of tantamount to.

Meredith Escudier is a teacher, translator and writer who has spent much of her adult life in France. Her forthcoming book, Scene in France…from A to Z, draws on her many years of earnest French-watching. Today, she divides her time between northern California and southern France.
Next: Keeping Score »
Home | Archive