In 1994, the artist Isabelle de Borchgrave dreamed up her paper costumes. Every piece begins with sheets of paper one meter by one and a half meters (3.3 feet by 4.9 feet). On an enormous linen-covered table in her studio in Brussels, she sets to work with tubes of paint, boxes of pastels, sheaves of brushes of all sizes and all kinds of glue. She is the mistress of trompe l’oeil. Givenchy describes her process like this: “With a single sheet of paper, she creates the most beautiful dresses, the finest costumes, or, simply, a chain of white roses … Whether it becomes a shoe, a hat or a few strings of pearls, [Isabelle plays] with paper as a virtuoso plays an instrument.”

Her costumes are inspired by historical figures, paintings, even famous couturiers. They can evoke the streets of Florence at the time of the Medicis, 19th-century Venice when Mariano Fortuny was designing, or the elegance of Jackie Kennedy. Commissioned to recreate Jackie’s wedding gown for the John F. Kennedy Library and Museum in Boston, de Borchgrave said of the original, “It was dusty and fragile, wrapped up in black tissue paper. The silk was dead, you couldn’t touch it any more. It was preserved like a relic. The original is dead, but the paper one brings it to life again.”

All her outfits are life-size. They are painted and pleated, intricate and sumptuous, full of elaborate velvets, needlework lace, ropes of pearls, and complex coiffures. You can almost hear them glide or rustle and swish. 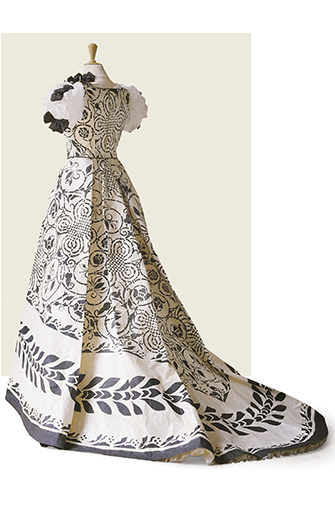 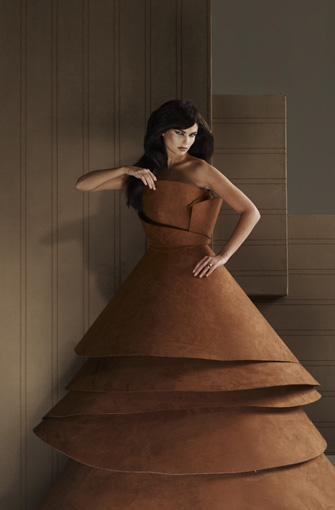 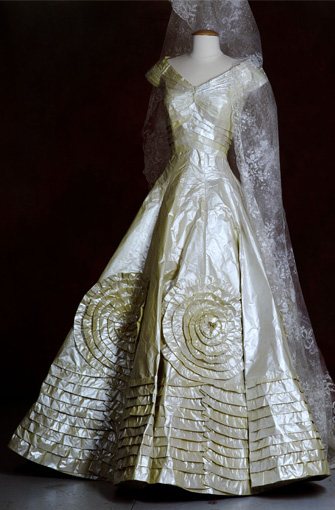 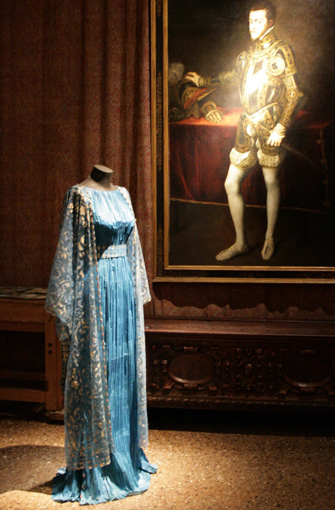 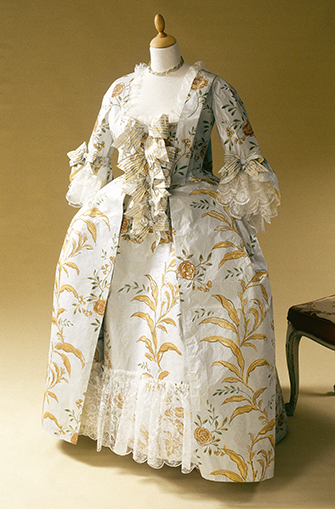 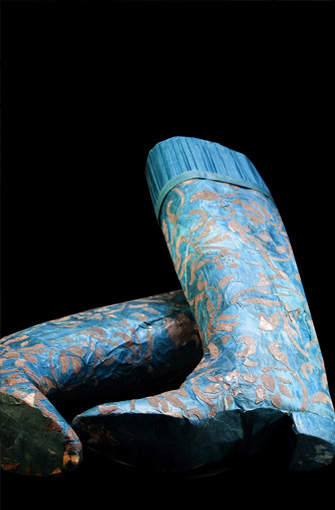 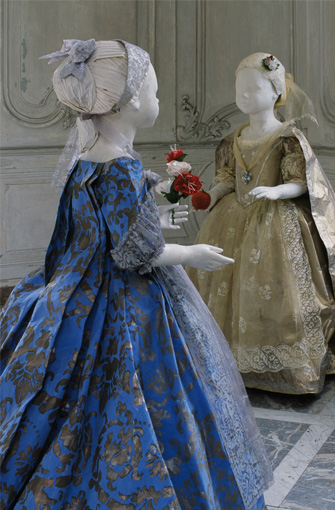 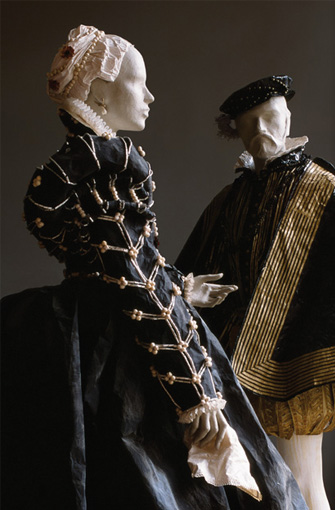 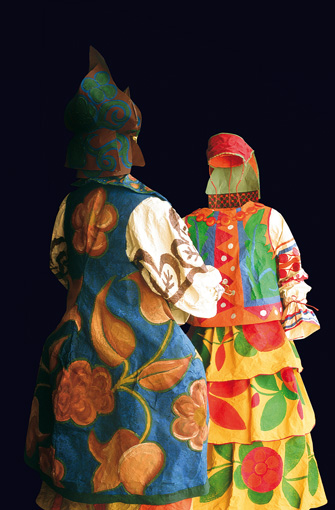 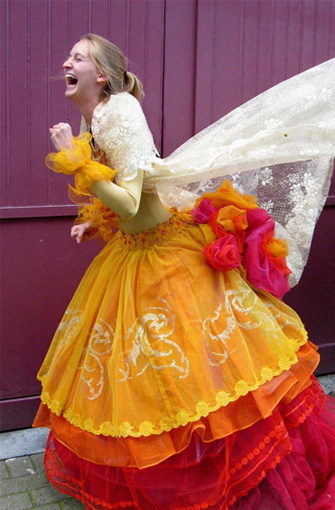 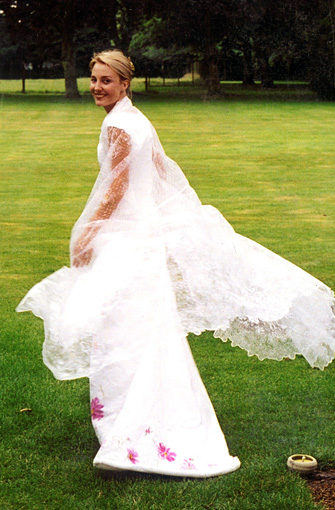 Isabelle de Borchgrave was born in Brussels in 1946. Pencils were her first toys; she made drawings on everything in sight, including the walls and floor of her room. She began her studies at age 14 at the Centre des Arts Decoratifs and later at Academie Royal des Beaux-Arts in Brussels. She married Count Werner de Borchgrave d’Altena in 1975 and had two children. De Borchgrave’s work has been displayed in museums all over the world including Belgium, France, Italy, the United Kingdom, Greece, Turkey, Japan, Brazil, Canada and the United States. You can find more of her creations at http://www.isabelledeborchgrave.com.