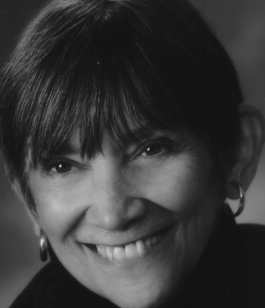 It was obviously all wrong, that dress inspired by a gown Lena Horne had worn in Showboat. At thirteen I had the two-dimensional figure of a cardboard mannequin, and I could have donned my mother’s creations equally well backwards, but that dress, with a shorter-in-the-front hem and a slit to the knee that revealed tiered petticoats, had to startle the viewer as I approached. My mother had created the dress in white poplin with petticoats frothing in astonishing layers of ebony, dolphin gray, oyster, and cream. It was of course a spectacular dress. But it was utterly wrong for an eighth-grade prom.

From the time I was five, I knew I wore one-of-a-kind designs that no one else in South Houston – or any place else – ever wore, and after my single rebellion at nine, when I’d objected to a red lace over red silk for Sunday school and my mother had been too crushed to talk to any of us for a week, I accepted that I was strong enough to weather stares at my outlandish costumes, but too weak to withstand my mother’s silent injury. And so I put on the prom dress and white flats and held my chin at an Audrey Hepburn angle.

When Sue and her dad drove from Texas City to pick me up and Sue’s father said, “Wow,” as I climbed into the car, I smiled stiffly and complimented Sue’s plump peach taffeta with puffed sleeves and a bow at the waist.

A few couples were already dancing when Sue and I went in, but, of course, those few were class couples. As the rest of the girls surrounded the snack table and the boys hunched at the far end of the room, we avoided eye contact with each other and with the chaperones gathered beside the exit doors.

The principal had had the good sense to put the record changing in charge of the seventh-grade gym teacher, Miss Davis, who, without challenge, alternated Elvis, Nat King Cole and selections from her own albums.

The fast-slow, fast-slow dances sandwiched up half an hour’s worth of records before a few elaborately casual eighth-grade stags bravely sauntered toward girls who weren’t their steadies. I carefully didn’t watch any boy approach. And even as I tried to ignore the clock above the basketball hoop, every time I caught an inadvertent glimpse of the clock hands, they seemed to have caught where they’d lodged the last time I looked.

I held my head at the angle I’d seen in my dresser mirror as more boys appeared and more girls drifted with them onto the floor. Sue and I stood without talking through two, then three, paper cups of punch, and I reminded myself to stand up straight while I wondered if the dance would have gone differently if I’d been wearing lavender sateen with a sash.

More half hour intervals spread over the bleachers. Then, just as Miss Davis dropped the needle onto a recording whose beat shocked even Nash Callahan, the best dancer in middle school, into immobility, and made every couple scatter, I felt a light touch on my shoulder.

“I have to dance with the young lady in the fabulous dress,” a voice said.

I turned to face one of the chaperones! Someone’s father!

He stood about my height, and I knew he had the pitying stare one bestows on wallflowers, but I was too nonplussed to check. I gazed at his forehead and glittering scalp. “I don’t know how to tango.”

“Oh, the tango’s easy.” His hand dropped from my shoulder bone to clasp my fingers. “Just follow me.”

I wasn’t used to arguing with adults, so abruptly there I was, opposite his pin-striped suit, letting him set us in motion.

He was right – the rhythm and he were easy to follow, and my white flats glided with his wing-tips as if fastened to them by crystal clips. We flowed with the liquid ease of mercury as if we’d practiced together for months, and my graduated black-to-milky petticoats reflected in the hardwood polish while we dipped and spun and twirled, the only pair on the gym floor.

I knew we made such a stunning spectacle that no one else would ask me to dance no matter how long the clock took to reach half past ten.

I also knew, as I held the hand of the short balding man and we tangoed with the perfect, exquisite beauty of dancers who became the dance, that I would never be able to forgive his terrible kindness.

Pat Carr has eighteen published books, including the Iowa Fiction Prize winner, The Women in the Mirror. Her most recent story collection, The House on Prytania, appeared in April, 2014, and she has over 100 stories and articles in such places as Texas Monthly, Southern Review, and Best American Short Stories. Carr has a B.A.and M.A. from Rice, a Ph.D. from Tulane and has taught writing and literature in universities across the south. She's received numerous awards for fiction.
Next: Reluctant Bride »
Home | Archive