The summer of 1957 simmered slowly. I was almost seventeen and in the doldrums between high school and college. A summer job filled the interlude but long evenings dragged.

Temperatures occasionally topped 100, and the night I invited a friend over, it had been one of those days. Our apartment had no air-conditioning. With the sun down it was still hot. I fixed us chocolate sundaes. Relief was short-lived; like the ice cream, we were melting. We opened the windows wider to allow breezes. There were none. The garages were below us and the black asphalt driveway radiated back the heat of the day, turning my room into an oven. We were roasting. The apartment building behind us was also visible. It surrounded a sparkling pool that inspired a desire to dive in but was guarded by a fence and a closed gate.

That reminded me of a fairy tale. Rapunzel overlooked a garden filled with lush fruits. The more she gazed, the more she craved. So, she climbed over and helped herself. She got into big trouble. The garden belonged to a witch who imprisoned her in a tower. Solitary confinement was stiff punishment for swiping a little produce. I could certainly sympathize.

We fantasized about taking a dip. The temptation was overwhelming. Grabbing towels, we strolled into the sultry night. Stealthily, we crept along the tall fence. There would be no climbing over its splintery surface. On the gate a sign: PRIVATE, RESIDENTS ONLY, NO TRESPASSING. Eileen pulled and we heard the latch lift. The gate opened!  We couldn’t believe our luck. Should we enter? We would be breaking the law! Cautiously, we peered through. No one was in the inviting pool. The underwater lights made it sparkle like an aquamarine jewel. We hesitated, but temptation won. I will never forget that first moment. Surprisingly, my overheated skin didn’t sizzle upon touching the water. The pool, surrounded by tropical plants, was an oasis in a desert of burning asphalt. We swam underwater through the lighted depths, then floated, looking up at the stars, diamonds scattered above aquamarine. Watery reflections of light danced on the fence like so many blue fairies.

We fled giggling and refreshed, our skin cool, long hair still damp. Unlike Rapunzel, no consequences resulted from our behavior. Our transgression remained undiscovered. College awaited. I would carry a memory, an enchanted moment of pure pleasure to savor. It was stolen, and so delicious.

That summer all the produce farmers broke up. Young or middle-aged, biodynamic, community supported or just plain organic, they could not keep their marriages together.

The wife of the berry farmer left him and their two children, still in the single digits. Said she needed more space. “Yeah, between her legs,” growled Joani, who worked summers in their store. “She’s got a fella,” she confirmed with a sigh, as a yellowing laminated newspaper feature on the “new family farm” leered down from the wall next to the lettuce bin.

At the biodynamic complex, the Czech husband chucked his wife’s family company and compound, leaving her and their two blue-eyed, blond children to deal with her Catholic parents and the hundreds of farm shareholders who expected country life when they arrived in August for the annual harvest party in the fields and around the swimming pool.

South of us, the couple who owned the big farm – the real business farm with a store that stayed open all winter selling shrink-wrapped cheese from 500 miles away – broke up too, she no longer able to tolerate his unfaithfulness even for the sake of their eight-year-old.

Only Katrina was happy. In her fifties, childless, she harvested her husband of 25 years. “Ted and I are separated!” she called cheerfully over the asparagus at the start of the season. She cited differing interests, growing apart, “a little of this, a little of that.” We remembered her winter trips to Italy, his to Guadeloupe.

“And he wouldn’t take care of himself when he got that virus last year,” she said. I wondered what had happened to “in sickness and in health,” but I knew also that he had been drunk sometimes during the day last summer.

What was wrong in these gardens? If raspberries and sweet corn and children couldn’t keep you together, what could? What hope did Dan and I have, with our sedentary, indoor jobs?

Twenty years later…  the farmers have put their lives back together, with new mates. Katrina saw Ted through his final illness and still flies solo, happy. Joani died on the Fourth of July, 1998, the vegetarian felled by colon cancer; her husband has remarried. Dan died in August of ’02, whisked away by brain cancer in a single summer. I haven’t found anyone new, but I haven’t looked very hard. Summers, I freeze berries. Beginning at Christmas, I open the packages one at a time, and the berries on my tongue transport me, outdoors and into the sun, to days of lake water and mowed fields and bicycles, with whispers of youth, of strength and good health, of lives made whole again.

The woodsman swaggered, strapped on his harness and walked up one side of the giant fir as if the rope that held him was no more than obligatory consideration for an old woman’s peace of mind. He severed all the limbs up to about forty feet, impatiently shoving them aside if they swayed toward him, then sawed off what remained of the top. His descent seemed even more precarious as the chainsaw’s teeth bit into the pole that remained, choking and roaring as he danced around the tree’s circumference, dropping four-foot sections to the ground with hollow-sounding, reverberating thunks.

Later as he sat on my deck recovering, I saw the exhaustion, the lines etched into his forty-something features.

“My Grandma always burned the pancakes,” he said, after I’d offered an over-browned grilled cheese. “The morning she died, the funeral home couldn’t come right away, so my brother and I stood around burning pancakes in her memory.”

“I wonder if that’s how my grandkids will remember me,” I said with a laugh.

“She was all we had,” he said. “Couldn’t find more than a dollar’s worth of change between us.”

I brought out a platter of watermelon so he’d have an excuse to sit a while longer, but I didn’t have a remedy for the rest.

Her black hair teased and eyes thickly lined, she minced down the rutted path on legs like twigs, her delicate feet angled into stack-heeled sandals. Janet and I rushed to her side.

“Cecilia, Cecilia, what are we gonna do today?”

Cecilia was our playground teacher, charged with organizing plaster-of-Paris molding projects and weenie roasts, although she seemed far too glamorous for any of that. Her red lips, enlarged beyond their god-given size with layers of shimmery color, smiled the tiniest smile as she stopped walking to maintain her balance amid our flailing arms and hands eager, but not daring, to touch her.

“Well, I suppose you can paint the figures you molded yesterday. They should be dry. But first let me put these things down and get the swings unlocked.”

“I’ll do it, I’ll do it, Cecilia! Let me do it,” shouted Janet. I hated her for grabbing this opportunity to win Cecilia’s favor.

Cecilia pulled the key from her bag, being careful not to chip her long polished nails, and dangled it in Janet’s direction. “Thank you, Janet.”

“Cecilia, could you come to my house for lunch?” I asked.

“Really? Does your mother expect me?”

As Janet pulled chains through the twisted swings, setting them free to hang loose and empty under the hot sun, I ran home to tell Mom Cecilia was coming for lunch. I wondered what Mom would say and grinned knowing Janet would be jealous.

Mom was working when I burst in, setting up the ironing board in front of the TV, hoping to get that hot chore finished during the cooler morning hours. Instead, she returned to the kitchen to put together salads to serve Cecilia while I pushed back the curtains to brighten the living room.

“Lynne, I like those shut to keep out the heat and hot sun.”

Mom sighed and chopped the celery, letting me have my way. After I’d set the table with napkins and forks and arranged chairs on three sides, I skipped back to the playground to accompany Cecilia home at lunchtime.

I sat between them, feeling grown up: Mom soft and round in her housedress, hair clumped on her damp forehead and neck; Cecilia stiff and pointy with fleshy make-up almost melting off her face. They spoke little, each concentrating on her plate. Forks clanked against the clear green salad dishes Mom had chosen; ice melted in tall glasses of tea flavored with mint from the garden beside the back porch.

I know Cecilia thanked Mom afterwards. I hope I did. 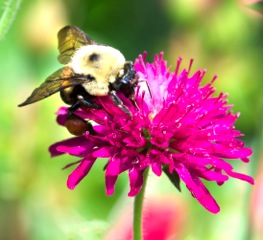 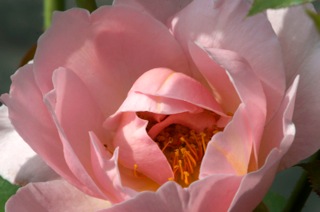 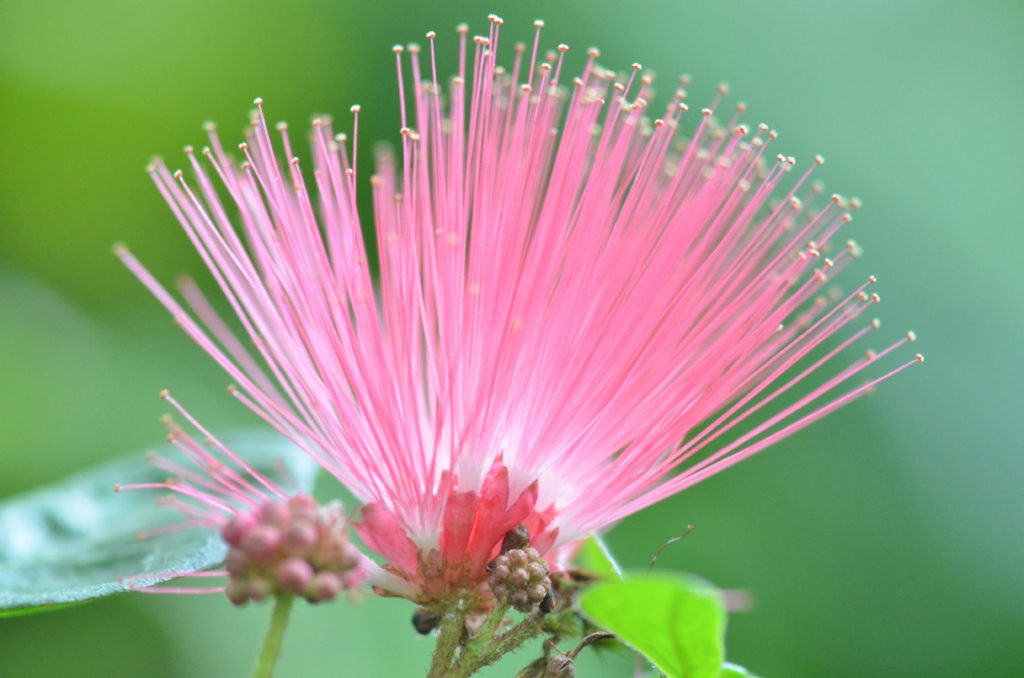 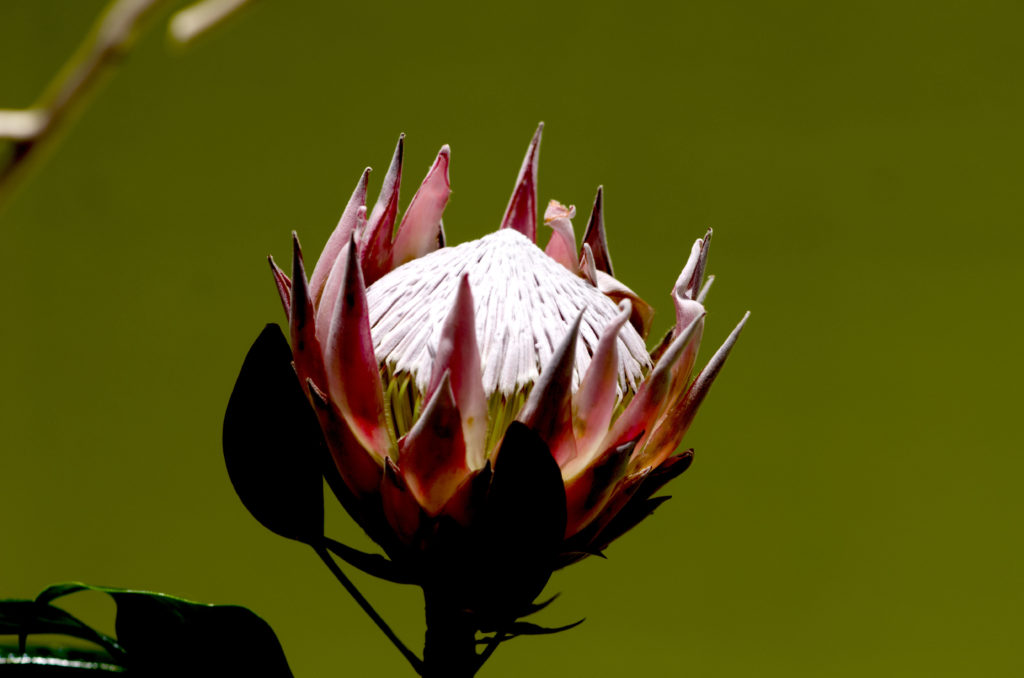 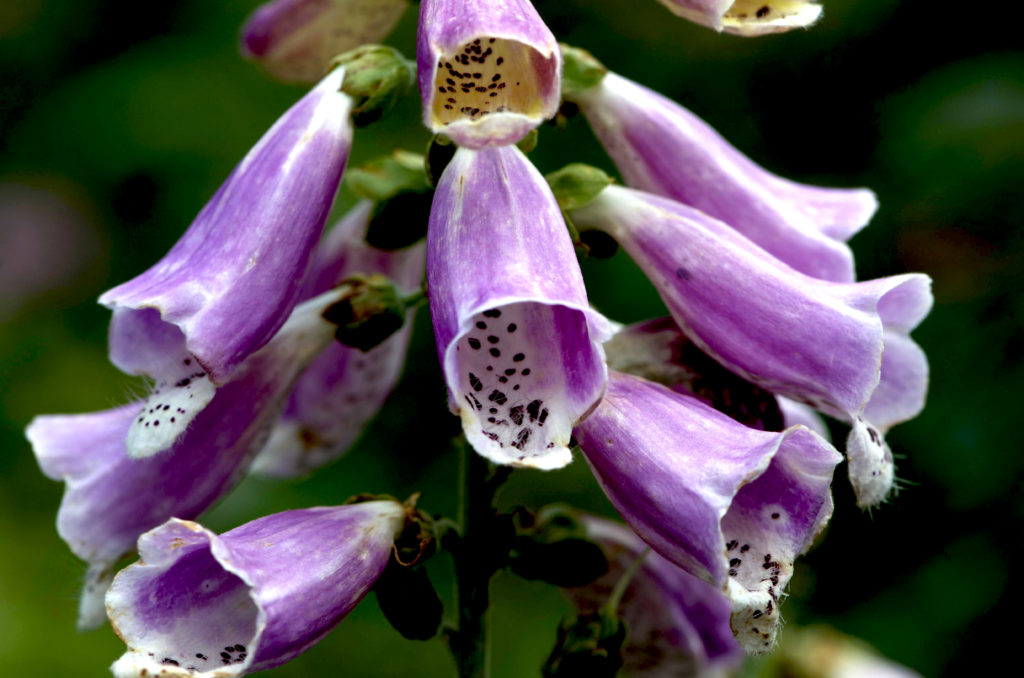 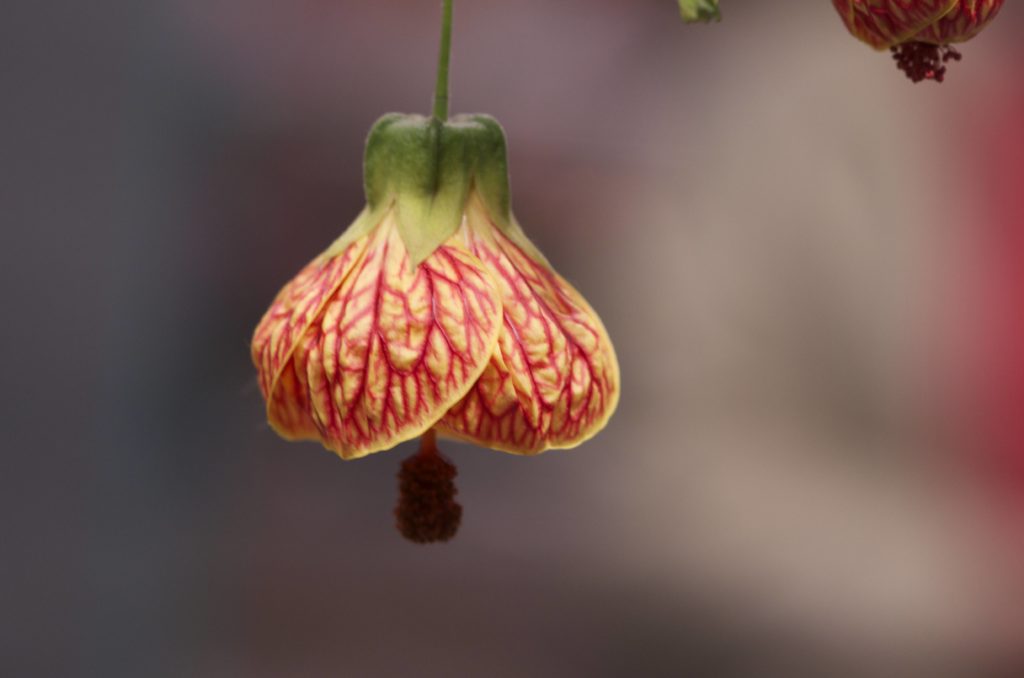