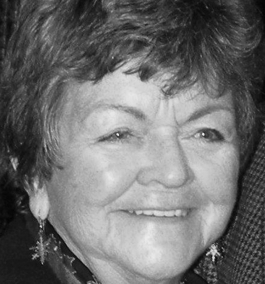 Hey, Your Honor, it’s not my fault that old lady had no sense. I just wrote what she said.

You know me, just a plain old lawyer trying to help folks out best way I know how, guiding their ways unto the law. Like when that Jones kid hit the dog with his bike – the kid’s bike, I mean, not the dog’s. You might well have sent that kid to detention, right?

But I knew his daddy, used to go bear hunting, and I kind of owed him a favor on account of he always drove his Jeep up there to the mountain on account of my Chevy never would have got through the snow.

No, I didn’t tell any lies, sir, and neither did they. That dog wasn’t lying down asleep like the neighbors said when it got hit. Just ran out into the road in front of Joey’s bike, like Joey said. All I did was tell the truth so little Joey could stay home and go to school like you and me and every other right-thinking citizen would want. I do thank you for your reasonableness in that matter, Judge. As in the case of –

Sorry, sir. No, I was not intentionally digressing, Judge, sir.

No, the old lady didn’t call me about writing her will. I just stopped by to see her on account of I had been visiting with her neighbors, Jake Bronson and his wife, helping them write their wills, and they said their nice friend might could use some help herself.

So I went on over after I got Jake fixed up to offer my assistance, and one thing led to another, her telling me about her wayward daughter and her delinquent sons and inviting me to stay for supper. Real good – chicken and dumplings, would you believe, almost as good as what my mama used to make on Sundays.

Yes, sir. I am getting to that, sir. She, the recently deceased lady whose neglectful children are now suddenly attentive since she’s become valuable, said she was reluctant on account of how she reckoned she didn’t want her meager savings to be used to set up meth labs or unreputable houses or buy guns from that guy down in Coalton who offers lessons on concealed weapons. Is that truly legal, Your Honor, teaching little school kids how to hide Uzis and all? That could be downright dangerous, in my way of thinking. Whole lot more important than who inherits that old woman’s limited savings and dilapidated abode. With all due respect, sir, our legislators down there in Charleston ought to be doing something about loose guns instead of harassing upstanding miners with those green laws and such, and I’m sure you have more important cases to make judgments about than this pitiful situation me and these here litigators is about.

You ever see one of those reformed strip mines, sir? Right nice, to my way of thinking. Why, one of these days we’ll be having us some surplus golf courses on account of those reclaimings going so well. Might be a good investment, building new golf courses. Ones we got are so danged hilly and ragged that you better not ever in your life play with a new ball because it will be gone lost before you get off the first tee. I just might look into encouraging the building of a new flat, for the most part, golf course into which I could invest here in Bunnell County.

Oh. You don’t play golf and you want to know the source of the funds I would use for investing? Well, yes, I might well use some of what the old lady left me. She’d like that, putting money into an activity that would seduce young folks away from less healthy pursuits like machine guns.

No, sir, I don’t play neither. I’m a billiards man myself but could get interested in those little puckery white balls and the grassy out-of-doors. Might could use a little meditation time, right?

The old lady’s husband? Died of enmystyma or whatever it’s called some years back. Left her what he owned, not much, like the house, which is little more than a shack in the woods, and the corn crop that hadn’t yet been harvested and a sway-backed horse and a mulch cow, which died about two months after him.

Well, yes, she did gather up and acquire a few more belongings before she kicked – passed away.

Me advise her, Your Honor? What would I know about stocks and bonds and such?

Her elderest son told you I did that?

Well, I guess you might say I did say something to her about what businesses was doing well at the time, but honest, Your Honor, I didn’t know she actually did anything like I suggested. All I did was tell her, same time I went to fixing up her will, that I had put a few dollars into some storage bins down in Kenova, pretty sizeable ones what would accommodate like a hundred renters. I made me a few dollars there, yes, I did, sir. People got no sense when it comes to accumalations. Me and my wife? We don’t own nothing we can’t store in our house and garage and a few outbuildings. My motto is if it’s not been used since the last hog butchering, you shouldn’t be hanging on to it. But most people aren’t like that. Seems they think the more they have to pay rent for to store, the more hotshot that makes them. Opposite in my book – simplify, simplify, simplify. But, ha, if you got anything you’re needing to store down around Kenova, I know just where you can put it, nice and roomy and dry and clean and …

Well, yes, I guess I did tell her the storagers were looking for investors up this way. They put themselves another big unit in Dellslow up across the river from Morgantown. Had it filled before they had the locks on the doors. And that’s where the old lady acquired the extra little bit of income, sir. I surely can’t be blamed if she gave me the credit for it. You pay a doctor to take out your gallstones, don’t you? A vet to deliver a stuck calf, don’t you? Guess she thought I was expert in money. Seems like everybody has a right to be paid for his talents, even lawyers like me. Bible says so.

It don’t? Well, maybe it was Shakespeare said that. He said most everything Jesus didn’t.

And Shakespeare was usually right, right?

Didn’t warrant giving me her whole estate? Oh, she didn’t, not really, sir. Named a few dollars for each of her offspring, just in case they showed up, which they surely did, right here in Blueburg and right here in Your Honor’s courtroom. Sad looking bunch, in my opinion: scowly and mean and tight-fisted for certain sure. Far as I know, Your Blessed Honor, they never sent their saintly mother one red dime so’s she could buy her bread at Shop Rite instead of having to make it herself, four loaves every Thursday morning and always give two of them away to neighbors and friends like the Bronsons and my own self. Not that I ever asked for it, sir. No, sir. She was just that kind of thoughty, generous soul.

Them kids of hers is declaring undue influence? I swear, Your Honor, I never. I just never. We become friends, indeed, and I did share a few meals with Miss Sarah, even brought her a pizza on a few occasions, enough so’s she have leftover for the next day, but that surely don’t constitute undue influence. She influenced me, too, sir, her and her chicken and dumplings, but it wasn’t no more than equal sharing, and you surely wouldn’t accuse a nice old lady like Miss Sarah of anything undue like influence.

What? Her son is saying I paid the Bronsons to witness? Ask them! Ask them, sir.

Oh, you did? They said no money passed through anyone’s hands, right?

Yes, sir, I did visit the Bronsons a time or two after their wills and while working on Miss Sarah’s. My goodness, sir, they live just down the road, other side of the old high school that now stands empty since all the young folks moved to North Carolina and such. The Bronsons was just what the Good Book calls good neighbors. Like that wayfaring stranger what stopped to help a Good Sumarian.

It was the other way around? Ha! Guess I wasn’t listening good in Sunday school. Sorry, sir, but you get the picture. Jake Bronson and his woman are upstanding, sir, no criminal record nor nothing. Just doing Miss Sarah a favor to be witness, and they truly signed their own names, which I now wonder whether Miss Sarah’s kids could, but of course they could. Miss Sarah was all in favor of good education, which of course starts with reading and writing and computer know-how.

And you know what, Your Honor? That is exactly what I was thinking I am likely to do with what Miss Sarah left to me. Why, her and I talked about it regular-like, how important learning is. I got mine, all right, Blueburg High School and then the community college and then a law school down in Arkansas, sir, and so I am amply educated, but I intend to further my six little grandsons who Miss Sarah never met but saw pictures of. They will all be very grateful if their grandpa can help out a little with their own law school or medical school if they decide to become nerve surgeons. That is a very expensive vocation to enter into, and I do believe that two of my grandboys is heading in that direction or will follow their granddaddy into the law.

Yes, sir, I am through with my statement, and I hope and trust and even pray that you will understand that I am not in the habit of robbing any banks or any old ladies, not even the ones who offer me homemade bread. That and other blessings like being included in their wills is entirely up to them, up to their God-given free will, which is, I’m sure, what Jesus was talking about when he said for us to work out our own sanitation with fear and trembling.

Wasn’t Jesus? Sure could of been.

Yes, sir, I surely do rest my case and will await with longing and earnest anticipation your as usual wise decision. I do, indeed, sir, rest my case.

Barbara Smith is a freelance writer/editor, a medical ethicist and Emerita Professor of Literature and Writing, Alderson-Broaddus College, Philippi, West Virginia. Recent books: Demonstrative Pronouns (poetry), Chick Flicks (short stories), On Golf and Other Sports and Non-sports (poetry), Through the Glass (novel), The Story of Philippi, West Virginia and The Story of Written Wills in North Central West Virginia (history). Smith is a church and community activist and sports nut.
Next: Reluctant Sanctuary »
Home | Archive

4 thoughts on “The Heir”